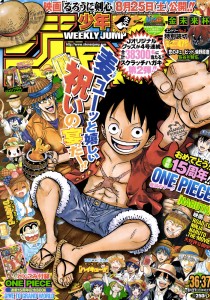 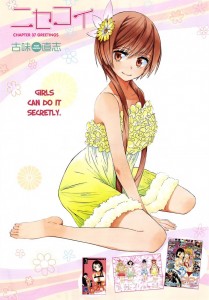 I know this is late but since there were no new chapters this week and I've been super busy, I figured I'd ask for the readers forgiveness instead of posting some half-assed Weekly Shonen Jump issue review. As a side note, I've decided to drop Takamagahara because it bores me but all the other series are still here.

Don't let the title fool you, this one of those combined issues that Jump does whenever it's goes on break for a holiday. Also as a reminder, Bleach is on hiatus until the next issue of Weekly Shonen Jump because Kubo-sensei has fallen ill.

If not for the ending, I would have chalked up this entire chapter as being a disappointment and an addition to the very small list of boring One Piece chapters.

With the continuation of Smiley's disease-spreading ways - leaving many mummified - this chapter continued to show us Zoro and Co. as they were running away for the nth time. I don't have a problem with the focus shifting on the quartet who aren't captured but it feel like we've seen them like this too many times. Besides, all that running and they've accomplished nothing Really

As you might have expected from One Piece, the treat came at the end of the chapter. Whilst I'm itching to find out who Luffy & Law will be targeting, the last panel served as a reminder above all else and made want to read the next chapter in the hopes of finding out the yonkou these two will be after.

Not much else happened in the chapter. We got to see Chopper running around a little bit, so presumably he'll be of some use in the near future but that's all we saw from him. 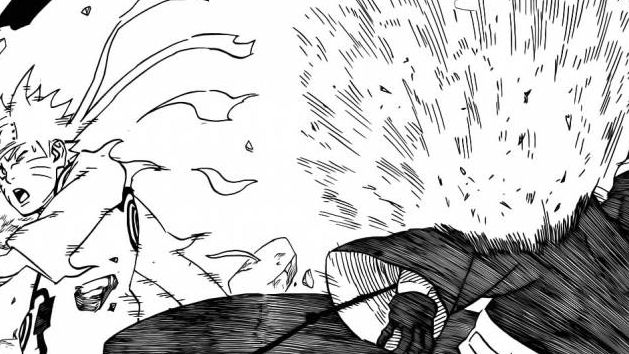 I'm happy to say that Naruto has not let me down for a second time. It's finally stopped being the most boring series in Weekly Shonen Jump!

I liked how there was more action to follow on from last issue's almost text-less chapter, seeing as how it reminded me that this series can be a good action series. Essentially Naruto has gone back to it's better action roots and done a good job in progressing the battle between Tobi and the Naruto-Kakashi-Guy formation.

It was in this chapter that Kakashi is revisited as strong character and it's about time. I say this only because until the previous chapter he and Guy had been relying on Naruto, who seems to have become one of the strongest characters in the entire series thus making us forget that Kakashi himself is quite strong. This happens quite a lot in this series, one could even say it's inevitable but I'm happy Kakashi hasn't been written off as helpless just yet.

Of course with Kakashi's powers being limited, we might also get to see Guy show of some of his "last" techniques, which is another possibility worth excitement. For now I'm just happy to see Naruto getting back on track. 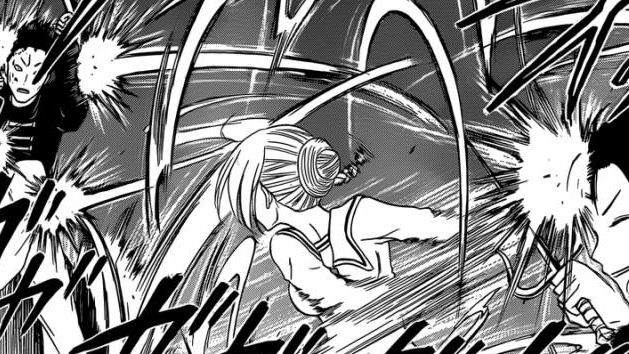 It's a TRAP! Not really.

I didn't want to assume Kugayma was a girl, but the signs were there. It did make sense that this revelation only came at the end but let's leave that for now.

Probably the biggest focus of this chapter was Hilda's rampaging moment. Now if you can't remember, she hasn't let loose in a while; -not since she was imprisoned by Behemoth- which made seeing her in action that much better. A lot of times it's easy to forget how much ass she can kick, but not this time.

Now about the reverse trap......what can I say

It certainly wasn't unexpected and I like that Himekawa finally has a girl, otherwise he would be the odd one out. Having the revelation serve as the ending of the chapter was a bit clich but the reactions of the characters always provide enough humour so it wasn't exactly a waste.

I wonder if Kugayama will become a recurring character.... I certainly wouldn't mind seeing her again. 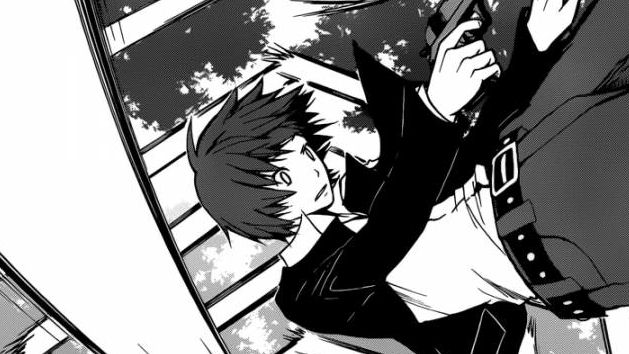 I know I've made this comparison before, but this series really is becoming more and more like Great Teacher Onizuka.

The winning over of Karma may have lasted only 3 chapters but it was handled quite well. In this respect Ansatsu Kyoushitsu separates itself from GTO by not dragging out the focus on individual students for 10's of chapters, making me wonder what's in store for us.

Even though the story has progressed, it's at a point where it could get better or worse. Much like the series Hokenshitsu Shinigami quickly lost its excitement, this series faces the same problem. I don't wan't to see the same thing happen to this series but I have to wonder what can be done to keep it original.

On top of all that, you don't tend to see this type of series in Weekly Shonen Jump. 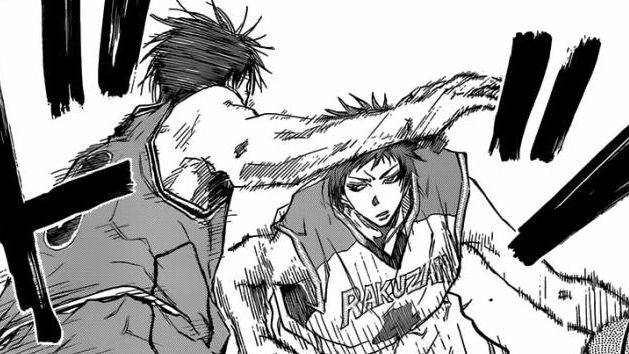 I was expecting more, although I guess this is the 'calm before the storm.'

Only one quarter down and Akashi is already showing his dominance. Sure he doesn't actually show any extraordinary skill but he doesn't have to (he even says so himself) because he has his strong team-mates to do most of the work.

Even though Akashi came off looking like a boss, I was disappointed. Not because very little happened but because not much was revealed about him and then a technique used by one of the Uncrowned Generals wasn't explained. Ending the chapter with a mysterious move didn't actually muster up excitement.

That aside, if we don't get to see Akashi do anything until the final it would be either great or terrible, depending on your perspective. I personally like the idea of Akashi as a final boss, since his team is ridiculous and it would make sense for Kagami to face off against him seriously.

The series is picking up steam! 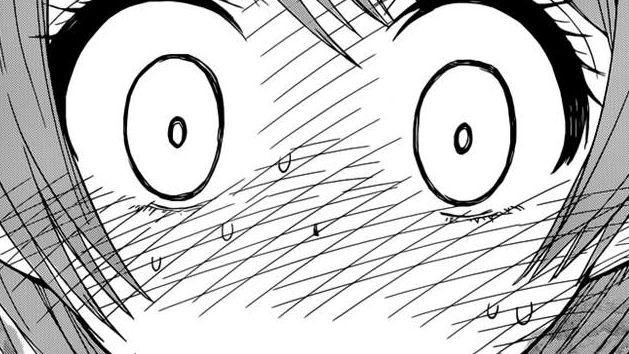 I think this was one of the more disappointing chapters.

After chapter 36, I was expecting something big to start but that's not what we got. A visit to her father continues to prove Marika's aggressiveness but I personally want to see more from Onodera and not the new girl who just took over.

The chapter as a whole was formulaic. Boy meets girl's father, heart-to-heart, approval,done. Even the end with the duo's talk, I'm left unsatisfied by the chapter. Disappointment aside, it's common for romances in Weekly Shonen Jump to have such chapters, so I'll accept it and wait for the next one to pick things up again. 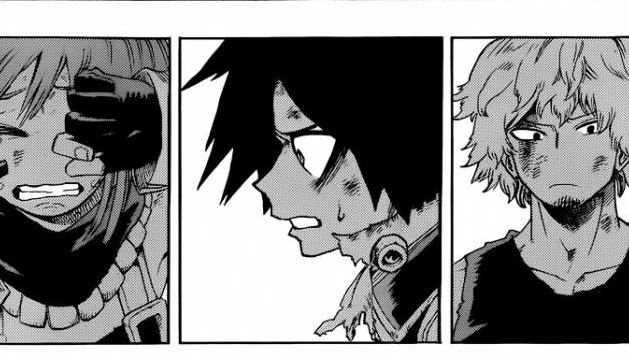 With poor rank and fears of cancellation, this chapter suffers from poor pacing. Even without poor pacing, the dialogue feels like a recycling of the earlier chapters.

I'm disappointed to say the least because this series had potential but with this chapter, I'm about ready to drop it. In fact, these will be my last words on it unless it gets better out of nowhere and starts to impress me like it did at first.