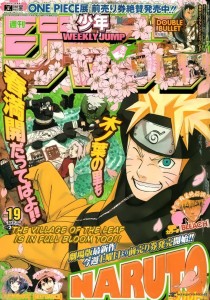 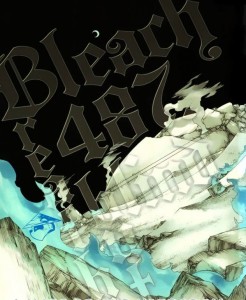 I MAY have neglected to do this but in my defence I was trying harder to cover anime, but enough excuses let's get back to reviewing this week's issue. New format for the Weekly Shonen Jump Issue Reviews: I won't bother hiding everything with spoilers so please read this if your okay with having details revealed or seeing snippets from the manga.

I'm honestly a little bored with the way things are progressing for Naruto currently. I can't believe the direction the manga's taken based on the last few chapters and honestly it's got to the point where a huge anti-climax in what's meant to be one of the most important saga's in the manga has occurred. I didn't particularly care for last chapter's developments in regards to Kabuto's powers and I wasn't particularly excited with Itachi's revelation of another special sharingan technique, 'Izanami,' which as opposed to bringing more excitement and OMG just left me sitting there thinking: eh.

I don't know whether next weeks chapter will bring about a conclusion to the fight between the Uchiha brothers and Kabuto but I am hoping that the fight will be wrapped up in the next 2-3 chapters.

The story is progressing rather well for this arc thus far, even bringing back some familiar-ish faces with it. I'm not ecstatic that the gang have returned to Hueco Mundo but the story does seem to be progressing interestingly whilst keeping some information as to what these new breeds Quincy-Arrancar are. The chapter didn't do much in terms of excitement but that's to be expected when your slowly building up the story for the new arc and hopefully this will lead to a meeting with my favourite Arrancar: Grimmjow Jaegerjaquez. I'm actually intrigued to see what Kubo-sensei has in store for us.

So far I haven't been a fan of this arc but I suppose it is a nice change since the previous one seemed to be an important turning point in the manga. This chapter's highlight was probably Toujou's appearance at the end, which will end up leading us to, hopefully, another exaggerated fight like we always see in Beelzebub. The whole love triangle situation centred around Beel, Futaba and Chiyo was kind of expected but not particularly funny. Overall I'd say this chapter lacked quite a lot of the usual comedy wee see from this manga, although I'm hoping that was for the purpose of setting up for the fight in the next chapter.

Expected or unexpected development For me it was a little expected. Now that we know Chitoge's situation, the only person left to know fully about is Onodera which could also bring about a rival male character for the series and now that the story has just about fully introduced the harem scenario which is necessary in almost every single shonen romance, we can probably expect to move onto the multitude of scenarios involving the love "square" which has already started with the bus journey. Another cute chapter from Nisekoi, just as usual.

Can anyone else see the end to this series in sight Ohba and Obata-sensei's works just know when to end and always use so many hints about their work experience and possibly wishes about ending Death Note sooner. I love how the chapter was focused more on everyone's reactions in stead of Ashirogi trying to finish Reversi whilst on top and because of that we got a panel with every singly mangaka that they encountered on their way to becoming true number 1 (even Shizuka and Shiratori who we haven't seen in a while). For me that felt like another indicator of the manga ending, which might be speculation but since were entering the 170+ chapter mark I'm not complaining.