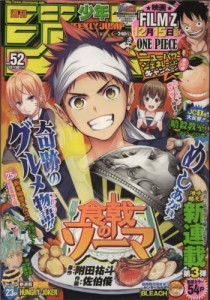 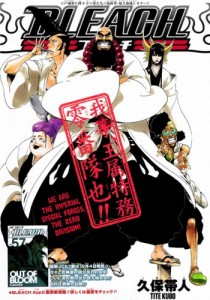 The last issue of Weekly Shonen Jump for the year is out with a new series called Shokugeki no Souma. This only a last issue in name, and we will be seeing another one next week even though it's numbered #1 for 2013. A good issue with very eventful chapters, befitting Weekly Shonen Jump's final issue for 2012.

Let's look at the series. 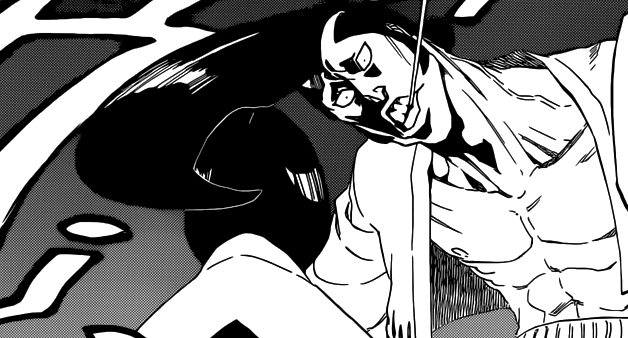 Aren't those some pretty colourful characters.

Half of you (or more) were probably expecting Squad Zero to be no nonsense hardasses. Don't you feel silly now Well since I'm one of you, I wouldn't beat yourself up over it just yet. Their introductions could have been serious but even the comedic route works. This just happens to be one of Bleach's strengths in that it can be funny or serious, and both will work.

Squad Zero's personalities were different to say the least but each of them was entertaining. Here's the list of names you might want to remember:

The biggest surprise for me was learning that Pompadour guy - until I know his name, he shall be known by his hair - was Unohana's senpai as it were. Really Just shows that Kubo-sensei really does have a sense of humour when it comes to things like this.

Aside from all the joking around this chapter, looks like the ending brought us back to the main plot. I'm guessing Urahara was the one calling, which means we'll find out who saved him and there's also something tying Ichigo to Squad Zero, The next few chapters should be pretty interesting. 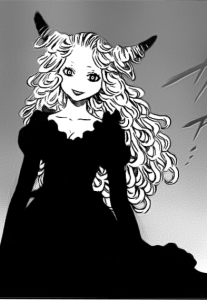 For a new series, Hungry Joker has been doing very well.

I'm still convinced that this is the second coming of D.Gray-man with the dark mystery and similar settings. Even though I see a lot of D.Gray-man in this, Hungry Joker has managed to set itself apart in a few ways. It's not a copycat whatsoever.

There's a little humour in the series that revolves around Kaiji's arrogance that I love and the plot itself is getting more interesting. In particular, referencing science and famous scientists is a great and original idea to give the story more depth. Science can be dark sometime and scientists can be batshit crazy; Hungry Joker got that part right.

With this chapter the first arc has ended. It was clean, to the point and left a lot of future potential. The antagonist has been revealed to us alongside some interesting information about Gods and Eureka but that'll be on a little break for now. Looks like next time, Kaiji and his assistant are headed for England! It has something to do with Pythagoras. 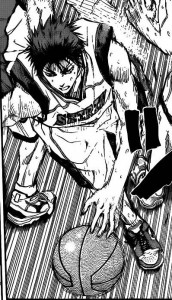 Did you get that explanation

As we get closer to the end of KuroBas, the explanations tend to get on the ridiculous side. That said, this is still one of the more sensible ones from the series. For all of you who forgot, Kuroko's vanishing shot works by being shot an angle that passes the head of the defender in an instant.

With this, both teams are back on some sort of equal footing although I suspect that Kagami's about to step up his game. Since he's been labelled as one of the Generation of Miracles (kind of), I find it hard to see Kaijou hanging. Unless we're about to see something out of the blue, Kaijou is really done for.

What do you know Kagami isn't slowing down and in fact he's speeding up Kise's re-entry into the match. At this rate I don't see much more room for advancement in this match. All I can see happening is Kise entering the zone and overcoming his Perfect Copy limits to give Kagami a more boisterous workout.

I feel like the end will come sooner than expected.

I'll admit I was a little harsh on the first chapter. There was definite improvement in this one.

With all comedies, there's a certain time needed to get used to the humour. Contrary to popular belief, it takes time for some comedies to actually get funny and some of those that take time, really do get to a great level. Unfortunately, a lot of the time those comedies don't make my top list.

As much as this chapter was better than the first, there's something pretty dull about Shinmai Fukei Kiruko-san. It's an outrageous comedy that goes for the obvious jokes, but it doesn't deliver. Being obvious isn't a bad thing at all (Beelzebub is proof of that) but this series hasn't got a signature style yet.

As I've already said, it takes time for comedies to get better and a little more time may be needed for this series to develop a signature style of its own. I've started to enjoy the banter and the craziness, and I'd like to see that comedy be developed a little more in terms of variety. 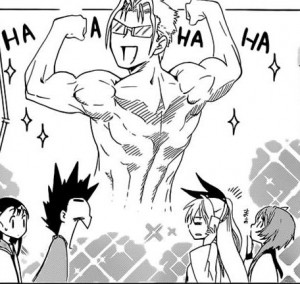 A damn funny chapter if you ask me.

Kind of like the lucky charm chapter we had not too long ago, this one was just one of those in between chapters that we can enjoy once in a while. As usual the entire harem was present here and there were a good amount of jokes surrounding each girl.

The best part about this chapter: that whole Tsugumi scene. That scene was the funniest part of the chapter and I just couldn't stop laughing. Other parts of the chapter were also funny but not as funny as Tsugumi's boobs scene.

The chapter ended on a funny and expected note. Again I laughed for a while. Overall there just wasn't much to this chapter besides the comedy, however there really didn't need to be anything else. No idea what's in store for us next. 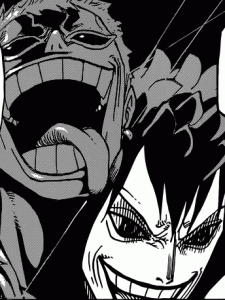 Oh.....how many people are involved with Ceaser Clown

Ceaser has been built up as the arc's villain for quite some time now. This chapter however, strips him down to a mere subordinate. Not as bad as it sounds.

He may have a big bounty on his head, but let me remind you that we're now in the New World. 300 million in the New World doesn't mean as much as you might think; by New World standards, Ceaser is dangerous for a low-level criminal.

I quite like that he's been cut down to size, because of how many characters are out there. Just by mentioning Doflamingo's name and that a Yonko (probably Blackbeard) is involved, Ceaser's status went from big time antagonist to stepping stone villain. I loved this because that means we're gonna see more of Doflamingo and the other Yonko at some point and that excites me.

A chapter that involves bullying wouldn't be complete without Luffy's signature punch. We got one and it was a great way to end this chapter. Presumably the arc is coming to a close sometime soon now that Luffy has found Kinemon's son, saved Brownbeard, punched Ceaser and anything else I forgot about.

It's hard to blog Beelzebub recently, so here's the bullet points:

See you next time for probably another a quick review. 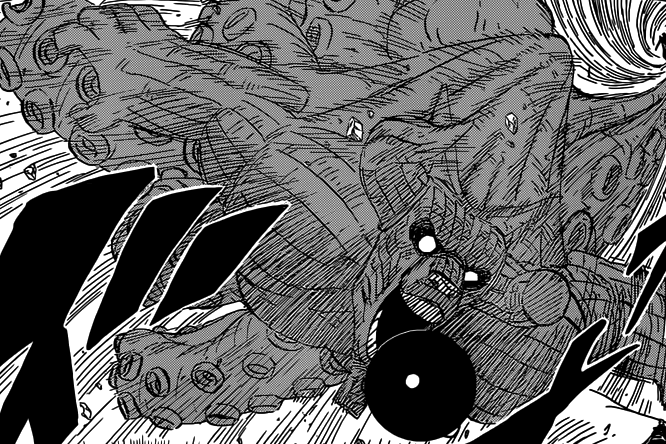 Naruto's been doing its action part of the story for the last few chapters now, so nothing out of the ordinary here. The fight against the Jyuubi is as flashy as one might expect and the action is heating up fast and reaching a new level altogether.

My main concern at this point is that it's moving too fast. Surely there would have been more of a struggle when facing the ultimate tailed beast, especially considering how it's one of the final opponents. Also, Kakashi's Kamui has been in the focus for a little too long. At this point it's like, enough already.

It's hard to say if we've reached the climax or not, but the action is as good as always. 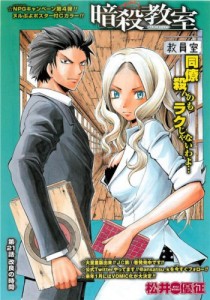 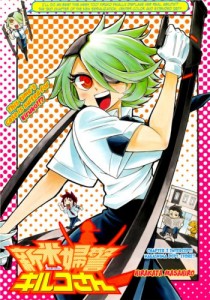 Hungry Joker is really establishing solid foundations for its story. With this chapter, it has my attention and I hope it continues like this.

Not really a bad chapter, but I've grown tired of the arc. It's fun but a little slow and stale.

Just a quick note: Hunter x Hunter is not back from hiatus. The cover is to promote part one of the Kurapika one-shot.