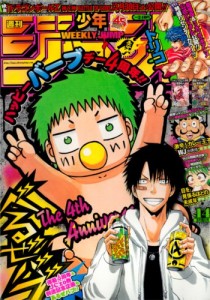 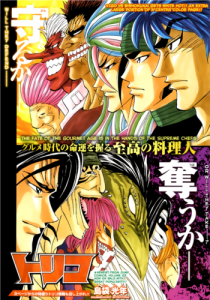 From one point of view, this issue of Weekly Shonen Jump is a milestone issue because it holds One Piece's 700th chapter.  On the other hand, there was a split in the quality of the chapters.  In the end, the good just about outweighed the bad. Let's start with one of the good chapters first. 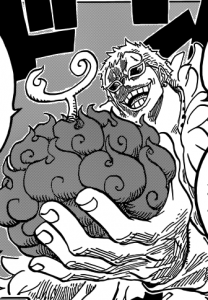 Congratulations! Not just to the series, but to you the reader.  700 chapters of One Piece later, and your still here.  It may take another decade to finish, but for now you can be proud of yourself.  Also congrats to Oda-sensei for sticking with the series for so long. On a more serious note, this was quite the impressive chapter.

Whether it was intentionally made to coincide with this milestone isn't clear but either way, this was a chapter to be remembered.  Even as I write this review half-asleep, I can remember the events of the chapter with ease. The Supernovas continue to be a bigger presence in this new arc/saga.  We get a glimpse of Jewelry Bonney, whom we haven't seen or heard in a while - captured by Blackbeard, left for Akainu - and then we see Kidd's excitement when he learns about the alliance.  Already we have so much to look forward to for the supernovas as they start their bigger plans in the New World.

Of course that wasn't all we have to look forward to.  Keeping the style of the epilogue chapters, we have a little mystery left.  The first one, surrounds the last member of the Shichibukai.  We got confirmation of Buggy's appointment to the role after a hint being dropped close to 100 chapters ago - huzzah! - but it seems like a new member has joined its ranks.  Personally, I can't think of anyone at this moment which means I could be surprised when I find out.  Never a bad thing.

And let's not forget the big reveal: Doflamingo has Ace's Meru Meru fruit.  This points to a possible alliance with Black Beard, which is well within Doflamingo's character but there are a few other possibilities.  I have to wonder if Oda is going to explain something more about the Devil Fruits, which could explain the reappearance of this particular fruit.  Either that, or, Doflamingo has been doing some grave-robbing.

As you can see, so much happened in this chapter.  You can always count on One Piece for an arc epilogue chapter with plenty of developments to be expected in the new arc.  Great chapter.

For all the ridiculousness of a flashback within a flashback, the story isn't terrible.

As we start to learn about the past between the Uchiha and the Senju, we get a closer look at Madara and Hashirama.  A story of star-crossed friendship similar to Sasuke and Naruto's yet with a quality to it that keeps me interested.

The start of the flashback establishes the dog-eat-dog world in which these two grew up.  Not even disclosing their surnames as the general rule of the shinobi, Madara and Hashirima cross paths once and that changes everything.  Not the most original use of destiny.  In fact the series has used destiny as a plot device for so long now, this just feels natural.  Nevertheless, the look at Hashirama's struggle in tough times, really makes you feel for the Hokage to be.

Whilst a lot of the flashback rehashes the same themes and even plots we've seen before, the arc is of to a decent start.  I can't say I'm sold yet, but there is room for something nice to develop from this.  Presumably, we'll have a few more chapters on this flashback before returning to the main story.

You see, it's almost impossible to write about this series.  I am loving what it has done so far, but even I must admit to the innocent bystander it looks a little sketchy.  That's not helped with food orgasm pages as vivid as this chapter's offering.

There was never any question that Soma would win, but its the pleasure of watching him best his opponent that makes it a good chapter.  Add in a girl who's cocky at first and then becomes tsundere, and the mix works that much better.  Not from the romantic/harem standpoint, just for the general concept of the series.

That's not to say, a harem is clearly being put together - shipping or not - with every girl being introduced recruited at the end.  For me this is an enjoyable part of the series, given that Soma has showed no interest for the fairer sex and continues to fixate on becoming top dog at his school.

Well, that's about all I can say.  The arc concluded in a way that was both enjoyable and expected.  If your still not reading this series, go and get caught up on it. 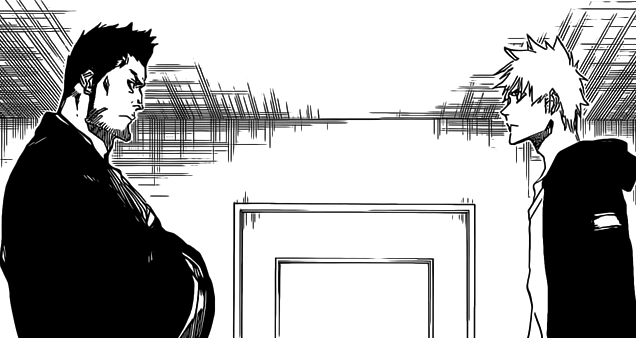 Correct me if I'm wrong, but didn't we already know the big reveal?

I suppose it was more of a confirmation than a reveal.  Anyhow.  Now that we know with certainty that Ichigo is part everything, he has become quite the overpowered character.  I'm assuming he won't be getting any Qunicy powers - overkill to say the least - and that makes me wonder about the development itself.

There was no need to bring up Ichigo's mother.  The story we were told at the beginning regarding her sacrifice was more than enough to close the book on the case.  With her part of the story being revisited, I have to question if this is just to make Ichigo the most racially mixed character in Bleach or to give him just cause in joining the war.

Well for now, it looks like we're entering a flashback arc involving Ichigo's dad.  That alone should warrant excitement, since we haven't had a flashback since the TURN BACK THE PENDULUM arc.  Hopefully, this one will be as entertaining as the aforementioned arc and clarify everything about Ichigo's dad. 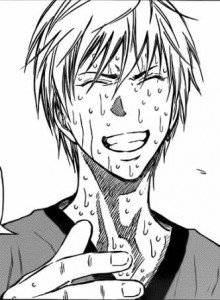 The end of the Kaijou-Seirin match has come and we immediately look forward to the showdown against Rakuzan.  KuroBas is wasting no time in getting us excited about the final match as the chapter ended on a flashback cliffhanger; evidently that's the thing to do nowadays.  Akashi has two people he relies on? Kind of contradicted what Midorima said about him not needing team mates.

Speaking of which, I had feeling Midorima would approach Kagami.  Since we've found out about his relationship with Akashi, it's only natural he would say something about him to Seirin.  If only as a precaution, Midorima's looking out for his friends because he can't help but worry.

Everything else in the chapter was what you'd expect from the aftermath of a game between heated rivals.  Kise's emotions couldn't be held back as he experienced the pain of loss for a second time at the hands of a former team mate.  He still held it together rather nicely and paid the appropriate respect to his opponents, as expected of him.

So next chapter will most likely be a flashback  - the hottest trend in Weekly Shonen Jump at the moment - and then we'll get to the final.  I also have to wonder if we'll get a extensive coverage of the Kaijou vs Shuutoku match, though I can't say I'd be over-the-moon.  Something shorter would be much appreciated. 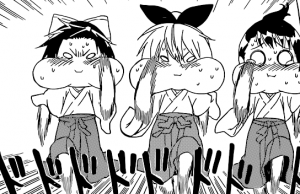 Quote of this Weekly Shonen Jump issue: "Shrine maidens are great, aren't they?"

Silly doesn't even begin to describe the chapter.  It's a goofy chapter which you can enjoy, even with the absence of any plot progression.  You can just sit back, relax, and watch a bunch of shrine maidens chasing after a guy all because some old woman said he's been cursed by all the unloved boys. What is there to hate?

This chapter was Nisekoi playing to its strengths.  No drama to dampen the romantic comedy and what's more, each girl was present.  A satisfying chapter for all fans, and most of all for Onodera fans! She clearly had the best romantic moment with Raku in this chapter. 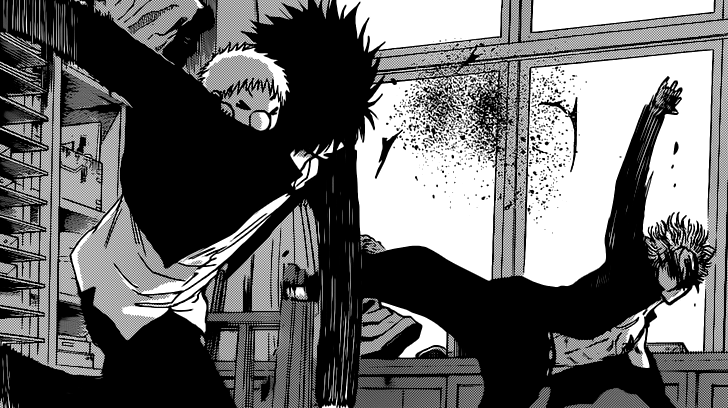 Silly Nasubi, no one can defeat Oga!

With Kanazaki pledging allegiance to the king - makes me laugh every time - the beat down came card to Nasubi and his fools.  A moment of "take that" well executed, because no one gets away with messing with the Ishiyama originals.

Nasubi is also revealed to be a spell caster and not a contractor, which means the mystery continues.  Whilst that piece of news is potentially important, it came second to all the Kanzaki-Oga whoopass we saw.  Kanzaki's newly acquired powers made for some very gratifying payback and in general; him being one of the weakest was frustrating at times.

Lot's of fun to be had with this arc already!

No competition here.  With so many reveals and developments, One Piece was the clear winner.

That's right! Naruto isn't the worst this issue! Bleach was the worst because the chapter was unnecessary.