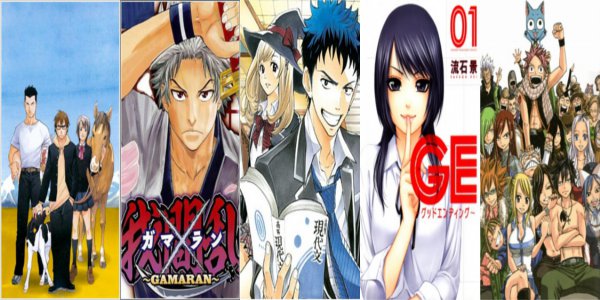 In this Weekly Manga Recap we have Buyuden, Fairy Tail, Gamaran, GE - Good Ending, Silver Spoon and The World God Only Knows.

Let's not waste any time: 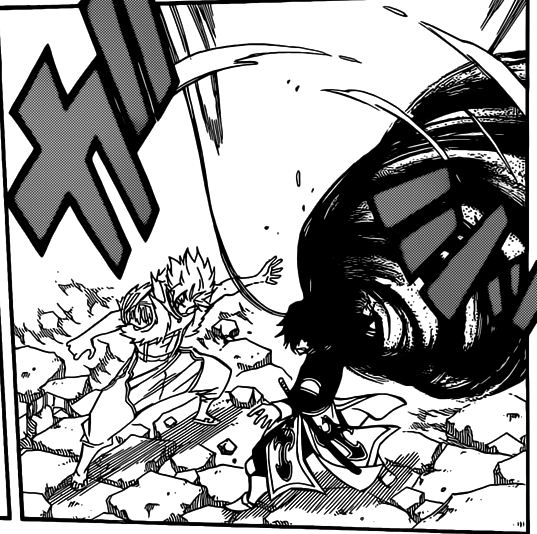 After a rather unimpressive plot development last chapter, comes a conclusion with mixed feelings.

I'm not all that happy about Gajeel being forced out of the picture and Natsu being the one to take down Rogue and Sting. It's possible that Mashima-sensei has a plan which makes it necessary to preserve Gajeel's strength, seeing as this is the Dragon Festival and all, but if it was just for the sake of domination I would have still preferred for the tag teams to fight each other.

The fights end came about in a slightly different manner than what we're used to. Unlike most fights, where Natsu is struggling until the end, this came to an end rather quickly. It's good to see Natsu win with little effort but the satisfaction I felt when he started to beat the hell out of Sting (in chapter 294) did not resurface.

This fight was handled faster than expected, and now I wonder if the others will last as long or shorter. Presumably this tournament won't end, given all the foreshadowing we've had of Lucy standing in the middle of a stadium in the midst of destruction. 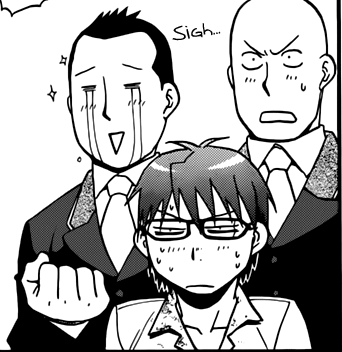 Congratulations to Silver Spoon for it's 50th chapter.

An expected ending to the Autumn arc came with a third place for Mikage. Not the most unexpected result and probably the one that made most sense, seeing as how she still has a lot to do in order to achieve her dream (or rather admit to it).

As with the other arcs, there was no real feeling of a proper conclusion. That's not really a problem with this manga and can't be a point of criticism since this the style Arakawa-sensei has adopted for this manga. I will say that it was interesting to see Shogo being more serious in this chapter (except for the end) instead of just acting the fool like he usually does.

Besides this, the comedy wasn't toned down which is a great thing and now we await the next arc! 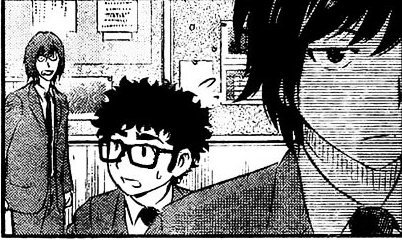 It feels like Buyuden really wants to take the piss sometimes.

It was momentarily funny when Take was told he would have to attend a public school because his dad suddenly lost his job, but it also made me think if there was a point for this rather predictable development. The author of the manga really might be going for another series which will last as long as his previous work Major by putting off Take's fast development as a boxer.

This development also means that him Moka will now have a chance to develop their relationship. I'd be more okay with that if the girl would have lost all that weight by now; the only reason being her vow to get skinnier so that Take doesn't keep seeing her as his former crush who's really chubby now.

It's also probable that Take's new classmate(pictured above) will cause him some trouble, but I doubt he'll be around for more than an arc or two. Wow... talk about predictability! That's the best way to sum up this chapter.

Wow, I've been waiting for this to happen.

Up until now, we've been lead to believe that Tooru was the only thing that has been standing in Yuki and Seiji's way. If you remember back to when they were together, they couldn't sleep together because of the trauma Yuki had suffered at the hands of Tooru which lead to their inevitable break-up.

It was good to see Seiji step up to the plate by slapping away Tooru's hand. This was definitely a better display of strength than when he tried to stand up to Kento, and funnily enough something he does for girls he's in love with. I would have liked to see him beat the shit out of Tooru but I'll settle for him protecting Yuki.

With all that's been happening like Kento asking for Shou to come back to him and Seiji choosing to ignore Shou by going to Yuki's aid, all the signs point to a break-up between Shou and Seiji. Of course Tooru's version of events should help speed things up, but the reunion of Yuki and Seiji has been in the works for a while now and may happen sooner rather than later.

Quite a good chapter from GE. The series might not have long left and I think it's about time for it to wrap things up.

Pretty nice conclusion to this fight with a good cliffhanger as a cherry on top.

Good to Zenmaru settled things and has found his new style. He's been a bit of trouble for the gang and has been the weakest in Ogame school for a while now, even after the training, so seeing him be useful was a sigh of relief.

Since the conclusion of the fight took up most of the chapter, there's not much else to comment on. Just know that it was a pretty decent conclusion that confirmed Zenmaru's evolution into a swordsman worthy of praise (just look at all of those shocked faces his fellow Ogame swordsman have).

The cliffhanger left a lot to be desired from the upcoming chapters. With a new character whom even Jinsuke respects, the story should take an interesting turn and there should be more interesting battle developments. I'm not sure what this new character could bring to the table that's not already there, but I'm looking forward to see what the author does with this new character. The issue with the traitor amongst Jinsuke's ranks has yet to be dealt with and I'd like to see that resolved before it becomes a distant memory.

All in all, not a bad chapter. Nice conclusion and a good transitional chapter for the next arc. 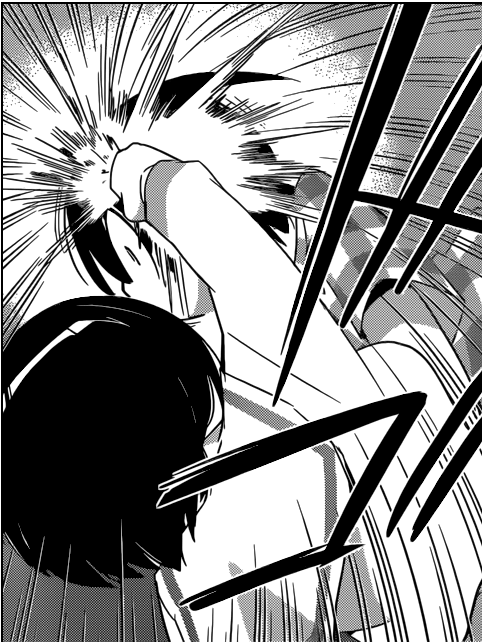 This chapter was more of the same KamiNomi we know and love, with a juicy cliffhanger at the end.

Dokurou has been out of sight/out of mind for a while now. We haven't seen her since she helped Haqua escape from false imprisonment, so you can understand my surprise when she was brought back into the story at the end.

This brings up a very important; we as an audience don't know much about Hell. We've only seen it, and we've assumed that the demons are all women because this is a romantic comedy but we don't know anything specific. I'm guessing the upcoming chapters will end up revealing more about hell through Dokurou's past but also reveal the true nature of Keima's "mission" since we're assuming the laws of time travel are being followed.

Great cliffhanger after a pretty average chapter, making this yet another fine addition to The World God Only Knows' story.

Worst Chapter - .......None. All were pretty decent, so choosing a worst is pretty impossible.

Final Note: Sorry for the late post! The next one will be up by Sunday/Munday and will include chapter reviews for Kimi no Iru Machi and Yamada-kun (already out).