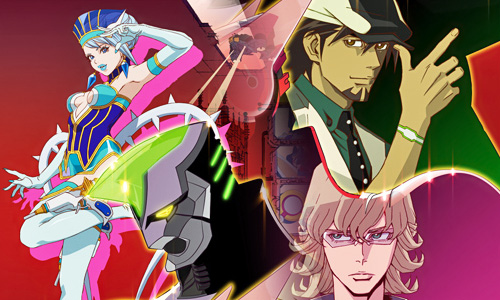 Do you like superhero stories In that case you should definitely watch this anime. Did you like the TV series 'Heroes' Whether your answer is yes or no, you should still watch this anime as long as you like superhero stories (1 or 2 spoilers in this review marked like so: *SPOILER ALERT* but the overall summary will remain spoiler-free). Don't let the title of this anime fool you like it did me, Tiger and Bunny is a superhero story and in my opinion a gem from 2011 made even more surprising by the fact that Sunrise is studio responsible for bringing it to us. Although I though I didn't watch this anime until just this year (in fact having finished it a few days ago), it immediately made my list of anime to re-watch should I not be impressed with any new anime out there.

Why So many reasons as to why one should watch this so let's start.

The plot is very straight forward with a setting that is quite amusing. In a city resembling New York, some people labelled as NEXT exist - in a sense a shortened phrase to mean next generation of human beings - and within that group exist the elite few who become Heroes but the city of Sternbild likes to do things differently when relying on their heroes, namely televising their exploits whilst rewarding them points for various heroic actions: saving a hostage gives you 100 points, capturing the villain 200 points etc. To add a cherry on top of this bizarre yet amusing and possibly overall negative-view-towards-capitalism-and-media scenario, Heroes have advertising on their suits from various sponsors including Pepsi, which also happened to have a real advertisement during the break (using the a character from the show).

Our protagonist, in this case protagonists, are Kaburagi T. Kotetsu and Barnaby Brooks Jr. The dual-protagonist setting work very well within the anime and ultimately the story revolves around these two contrasting personalities with Kotetsu being the carefree past-his-prime hero who became a hero after being inspired by Mr. Legend (granted that character name could have been better), a hero from his youth and Barnaby being a young serious hero who has been living in his own personal hell after loosing his parents at the tender age of 4. You could say that the story behind these characters is very clich d and overused, especially in Barnaby's case but let's face it there are cannot possibly be an original story left that drive the main characters to be superheroes. The great thing about a character setup with two protagonists is that you get to have episodes that focus on them individually, but best of all you get to see their relationship develop into more than just a partnership (no Yaoi vibes intended by writing this).

In respect to the plot the story decides to follow, it's a fantastic mix of 2 main arcs each consisting of their own antagonists as well as breather episodes that are mixed in which explore some of the other Heroes' emotions and relationships. The arcs are not too long and the breather episodes are well placed; even during the breather episodes there tends to be plenty of well animated fight scenes and plot developments. With plenty of plot-twists, which again might be considered clich d if like me you've watched a lot and I mean A LOT of American hero/detective/mystery TV shows and films; even if you find them clich d then I promise you won't be rolling your eyes but instead still watching the series until the end to find out what happens.

And at the end i.e. the last episode, you'll be quite satisfied. Following true western style hero genre, oh wait I should probably say *SPOILER ALERT*, you get a happy ending which is satisfying, well done and of course doesn't resolve everything and always leaving a possibility for a season two (though in Tiger and Bunny's case, it's actually a movie, but a second season isn't out of the question). 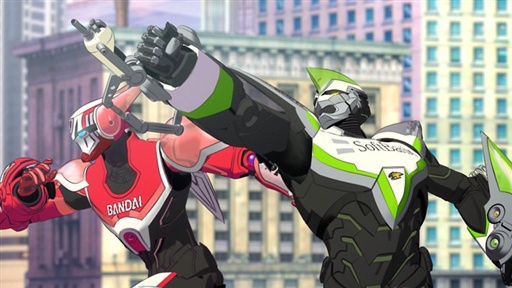 What's there to say except that this series had great CGI, which enhanced the fight scenes even more. Besides the fight scenes, I found the character designs to be a perfect fit for the story, in particular I loved Kotetsu's attire but of course the rest of the heroes designs were good as well. Purely on a superficial level, the animation in the fights and the character designs - both in hero mode and normal attire - are sufficient enough eye candy to make you want to watch the series. Genuinely I have no complaints whatsoever about the animation, which ended up making the series even better since it suited the style of the story and kept giving it that western feel whilst still clearly being an anime.

Opening and ending themes were both nice to listen to; that blend of relaxing rock for the first half of the series and a more fast-pace opening for the second part was a nice touch, but what really made it was the music in the series. It just made it feel like a better comic book adaptation: more serious, more seinen than shonen and more exciting all around. It really did add to the viewing experience of the series as a whole giving the dramatic moments that dramatic feeling whilst making you want to get into the fight scenes instead of just idly watching them in bed. 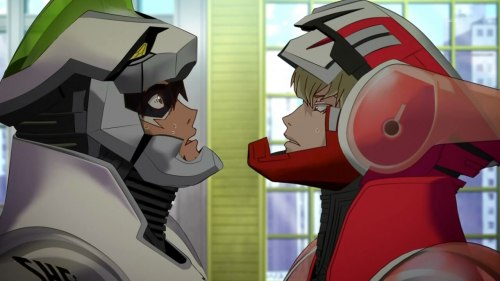 You want some [/caption]

I've already said that with it's dual-protagonist setting the show offered something great but excluding Kotetsu and Barnaby the other characters brought a lot of enjoyment to the series. Since there were breather episodes with the focus shifting on the supporting characters, we got to see their character development alongside Kotetsu and Barnaby's which didn't end with just their respective episodes but later on as well. A favourites had to be Karina AKA Blue Rose (the idol hero) and Fire Emblem (the resident gay hero and wannabe matchmaker) just because they brought a great deal of comedy much like Kotetsu does, though I shouldn't exclude the rest of the crew since they were all very likeable characters but got less attention and as such their episodes focused more on personal development rather than relationship development with the main characters.

And of course Tiger and Bunny, much like most superhero flicks/series wouldn't be complete without a few more characters: a villain and a meddlesome woman who of course doesn't have superpowers. The villain is more like an anti-hero going by the name of Lunatic (another example of a character name that could have been better) who's ideals resemble Light Yagami's and whose drive to punish the evil stems from childhood trauma much like Barnaby. It was pretty obvious to me who the identity of this characters was in the series (it would be if you watch a lot of media related to this genre), but as a character Lunatic brings a little of that moral ambiguity that always tends to spice up any series (besides comedies). There were quite a few episodes including Lunatic and it was good that the series decided to explore his character even more which ended up linking everything together rather nicely but most of all it left opportunity for a return appearance in the movie or the possible season 2.

And of course who could forget our meddlesome female character with no powers: Agnes. Agnes may not seem like a major character but she is best described as the embodiment of television evil but in the funny way of course. Agnes is the show's character which most people would have mixed emotions about since there are moments where she is just so annoying but there are also moments where you see her displaying true emotions. I can't really describe her character all that well, so the best way to understand what I meant about her would be to watch any episode of the series. 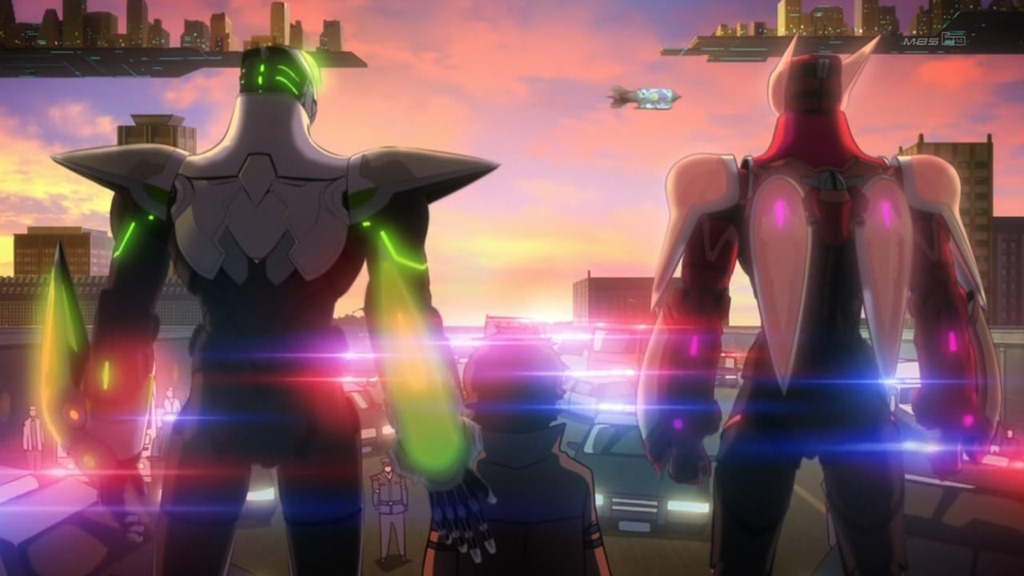 If you've read all or some of this review then you should be able to tell what I think about the series and if you've just skipped right through the review and just to get an answer as to whether you should watch this anime or not then I'll just give you the answer: yes watch it. The series is very good: plenty of depth, comedy, character development, plot twists and a satisfying ending to boot.

I kept mentioning that the series had a western feel to it, but I've decided that occidental directors and producers could learn a thing or two from this series if they ever decide to make a superhero TV series. What adds to this being a great series is the ease and desire of re-watching it and not as entire series but more-so selected episodes.

The biggest surprise is that Sunrise managed to do a great job by bringing out this anime because god knows they haven't brought out anything else in the past year or two that has been exceptional nor have they done well with this season.