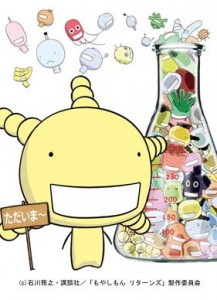 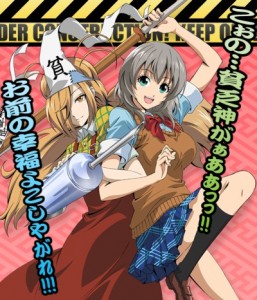 The comedy series of the season. Moyashimon may not be a comedy but it always made me laugh, so I'm including its review with Binbougami ga!. 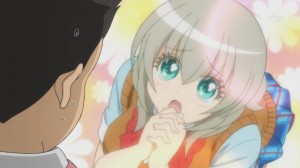 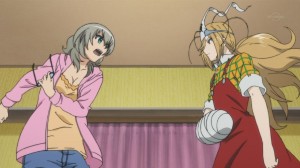 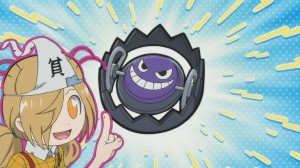 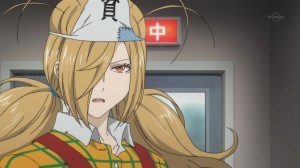 Ready for an outrageous comedy Well you got one with this series.

Much like the manga, Binbougami ga! started off in parodying fashion (Dragon Ball Z and Medaka Box this time round) and didn't hold back anything. As opposed to having a main character who is a victim of all this ridiculous humour inducing action, Ichiko is the one who's manipulative and snobbish which is even reflected in her jokes - "Wouldn't the God of Flatness be a more appropriate role for you "

The comedy is silly, focuses on Ichiko's breasts and includes parodies of Shonen Jump manga but it works. With an animation style that hasn't deviated from the manga all that much and a soundtrack that suits it, the series doesn't try to do more than what it's capable which makes it all the more fun to watch. Now if this doesn't suit your tastes, there is of course room for clich d character development for the spoiled brat Ichiko as well as the vengeful and miserable Momiji and it's only a matter of time before the addition of more characters contributes to some more advancement in the actual story and adds variety to the episodic nature that the series will adopt (based on the manga).

I'd best describe this series as a more episodic Beelzebub with a slight resemblance to Haiyore! Nyaruko-san, only I don't hate it like I do Nyaruko-san.

Will I Continue Watching : Yes but lazily in bed and not paying much attention to it. 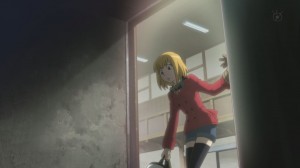 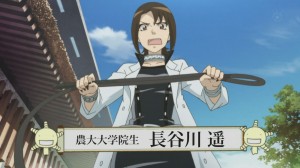 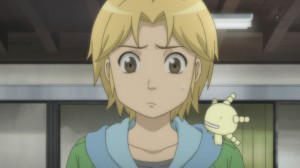 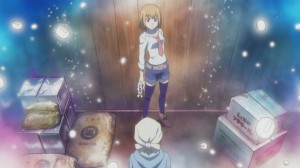 Whenever an anime that ran in the noitaminA time slot gets a sequel to run in that same time slot there are certain expectations from said anime. I must admit that even though Nodame Cantabile's sequels failed to impress me as much as the first season, they did bring something new to the table to make themselves different from the first season (for better or worse) and that could be something as seemingly little as changing the character focus for the majority of the series.

Moyashimon Returns has already started doing so by bringing back a character who disappeared halfway through the first season only to reappear at the end, to appear straight away in the first episode of the sequel and not just for a minute or two, but the majority of the episode. Not only did the sequel start off differently, it also attacked a plot point that was barely touched upon seriously in the first season; why Hazuki Oikawa is the only one who doesn't know about Tadayasu's ability.

That particular plot point was brought right at the end of the episode, after we were eased back into the technical vocabulary of agricultural and microbiology as well as the humour surrounding each of the characters - particular favourites include Hasegawa-senpai's addition to her bondage outfit - and as an added bonus to all those who would have missed it otherwise, it looks like all the sex humour hasn't been foresaken.

A good return for Moyashimon, one I am excited about.

Will I Continue Watching : Without a doubt.