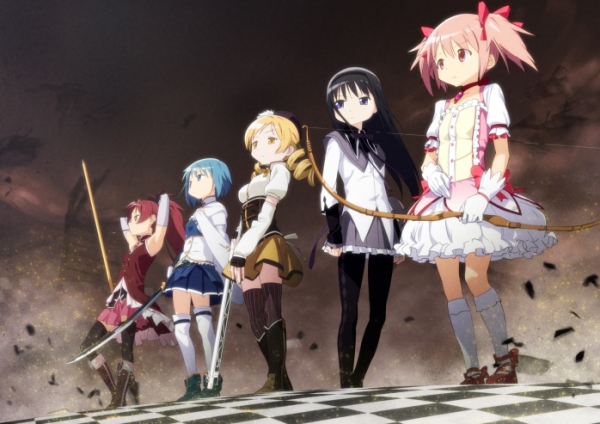 Not too long ago, I wrote in this news post that studio SHAFT has a new original project entitled Prism Nana. As some of you might have guessed before it was made 100% official, it's a magical girl series.

With the ridiculous success of Madoka Magica it's not a big shock that they would want to continue with a genre they have "reconstructed." That said the preview makes this series look like the most typical magical girl anime to come out in the not-so-distant future (when compared to Sailor Moon 2013 or Fate/kaleid Liner).

I was one of the few who didn't go apeshit for Madoka Magica, I'm not even sure I finished it. This project will probably end up being one all studio SHAFT and Madoka fans check out, but I'll pass.

Final note: The full name of the anime is Magical Suite Prism Nana.