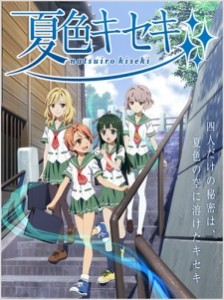 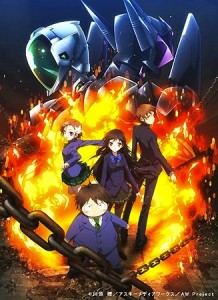 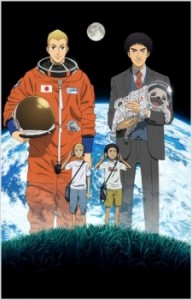 Ok quite a few series have already started their run for this season and so now I need to make an informed decision as to what I'm going to watch.

One of the most anticipated anime of this season and one of the few seinen anime without a set number of episodes this anime had me at hello, well maybe not but by the end of the episode I did know that I wanted to continue watching it. The story is quite inspiring and one that anyone can relate to, made even more touching by directing of the episode - the scene when Muta goes back to his room to listen to the tape of the day him and his brother Hibito decided to become astronauts together was nothing short of touching - whilst the music was soothing and had that seinen feel to it much like the series should.

The first episode is already a great starting point for this series, since it now sets the mood of the older brother having to chase after his younger brother who almost at the finish line. The adaptation already shows promise to sticking to the source material quite well, though not 1:1 since there are quite volumes of the manga out.

Hopefully Space Bro's will continue to bring me enjoyment with each watched episode, since let's face it like a lot of people I too have had the dream of going into outer space which has since then evolved into a different dream but a dream nonetheless.

I think the readers of the manga have mixed feelings about this one already. I already did a full first episode review of Zetman, so to summarise:

-As far as adaptations go, this one is moving fast having already compressed 12 chapters of the manga into one episode

-The dark fantasy feeling in the anime was good and well captured, aided by the music which whilst good didn't seem to have the same power as the one in the preview.

-It's still a very seinen piece and straight away we were introduced to blood and violence, but TMS have seemingly reduced that when compared to the manga and have even omitted some opportunities for easy seinen fan service by censoring the content a little bit.

It was still good and one I'm still going to continue watching. It does feel like the plot is advancing almost too quickly and I did think that the series will have a second season which might have been my mistake, so if it indeed doesn't have a second season then I can understand the pace it's already set.

I did manage to get caught up with Kimi to Boku last month so I decided to carry on with it for this season as well. What appealed to me about the first series was it's oh so "slice of life without any real drama" approach, something quite distinctly different from Bakuman, which is slice of life but has a lot to do about pursuing ones dreams and reaching a final goal.

The second season is already continuing with that carefree feeling that was present in the first season; it doesn't get much more carefree shonen slice-of-life than a sleepover where you as usual make fun of the guy who had a crush on his kindergarten teacher and then proceed to do silly things. 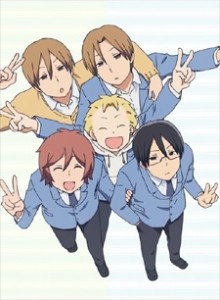 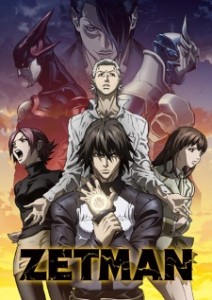 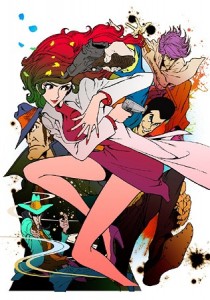 I couldn't even watch the second episode after skimming the first one. Don't get me wrong I did plan on watching the episode in it's entirety but I ultimately got bored, tired of the characters who I didn't find remotely likeable and ended up skipping through parts of the episode trying to figure out if it gets better. Conclusion: I don't think it does and more than that the premise seems just as uninteresting and like a combination of a 2nd rate Tron attempt with every other computer geek sci-fi film that failed to bring enjoyment to it's viewers.

Much like Kimi to Boku lured me in with it's allure of being happy go lucky and carefree, Natsuiro Kiseki earned itself a place on my dropped list by being whiny, full of drama and too shoujo. I think Avvesione was correct in writing on his blog that the purpose of this anime was to appeal to the fans of the idol group Sphere, since the members of said group happen to be the voice actors for the series. It wasn't that the plot was bad, it was that it wreaked of a very common Idol complex: the one where your worried you'll lose your popularity if you stop appearing on TV (this even ended up coming up in the first episode of the series which was also concentrated talk about idols).

Verdict: don't go anywhere near this series. I'd wait for Tsuritama to start up or possibly catching up with Kimi to Boku if your into this type of genre but this one is not worth the time.

A round of applause for our good friends over at Sunrise for possibly their worst season ever! Kind of bad for them as well since Accel World is a 2-cour.

I know that Lupin III is an old school classic, but the impression I've got from most aniblogs is that most people aren't familiar enough with the original series and as such have not only decided to not blog but also not watch this series because it is truly a vintage piece whose audience will be primarily fans of the original series.

I think this one has potential! Not only is the artwork very old school as well as the plot, music and characters but it does give off that feeling of James Bond and when I say bond I mean Connery not Craig. Maybe I'm giving the series too much credit, but I do miss this type of plot and the "perfect gentleman" and "femme fatale" type characters which this series has. If your not going to watch this series for the story, then do it for the beautiful artwork; the opening alone is very psychedelic 70's mixed with arthouse (much like an opening to a Bond flick from yesteryear).