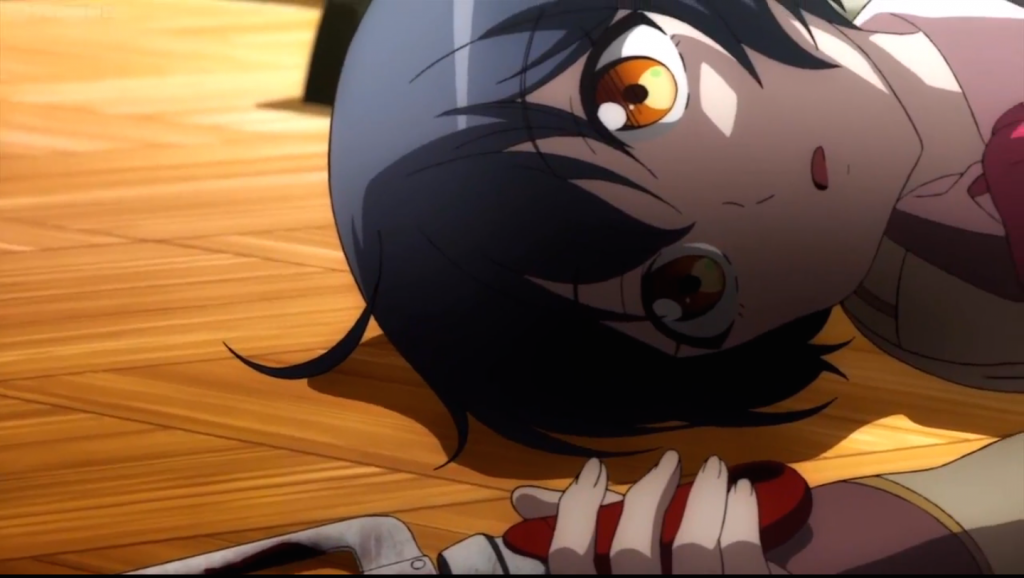 Is it possible that noitaminA is back to doing what it used to? Or it that just wishful thinking on my part?

It hasn't exactly been the best of times for noitaminA.  The coveted time slot used to produce a raft of excellent anime from source material that was often ignored.  That was the case until recently, when they caved and let A-1 Pictures adapt two light novel series for the slot. The move was a big blow to the tradition of the time slot, but based on their next few projects I'm having my faith restored and eagerly anticipating its future.  Ranpo Kitan has the potential to signal a much needed reset for noitaminA.

The first episode was interesting in many ways.  It's pacing is quite slow and the first mystery isn't really the focus, but that ended up playing to Ranpo Kitan's strength.  Instead of focusing on the solving the mystery, we were introduced to the main cast all the while the murder case was allowed to develop in the background.  Not much progress is made story-wise.  The new teacher is hinted at being part of the case, but for the most part we were witnessing the beginning of Kobayashi's entry into the detective world.

Kobayashi as a character is very interesting.  He adds an element of childish wonder to the series through his demeanour and manages to lighten the mood by doing simply speaking - aided sometimes by the understated background music.  Given how surprising his persona is, it makes the viewer more curious about him.  Even though we learn little of substance about the main cast, we learn least about him likely because he will be the main character for the series.  In all likelihood, Hashiba will be the trusted friend/side-kick and Akechi will serve as the mentor.   The second episode should make strides to setting that in stone and allowing the story to move with that dynamic.

Having no idea what to expect prior to this episode, my biggest concern going into this series was the Kishi-Uezu style and how it would shape the series.  The duo have a way missing big on projects as much getting it spot on.  Just based on the episode, it seems as though there was nothing to worry about.  The two are still inserting their style and it is obvious when it happens, but it fits in well with the tone of the series.  The best example of this is how all characters were grey blobs until they came in contact with Kobayashi.  That was the case of adding a little Devil Survivor 2 to Ranpo Kitan and it came out surprisingly well.  There is still plenty of time for them to mess things up, but for now they are on the right track.

In conclusion, a solid start to Ranpo Kitan.  The first episode did a great job of making me curious about both the characters and the story by not giving away much.