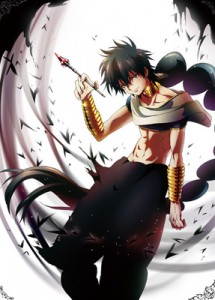 Some manga and anime news that just couldn't wait until this Wednesday because I'd probably forget: