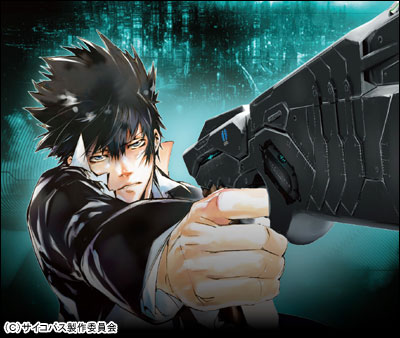 More random thoughts and updates about my anime viewing habits. I'll also explain why some posts have been coming out later than usual and why that might be the case for the next month or so.

I'm not one to reveal much about this site's inner workings, unless we pass a significant milestone (like 50,000 views) but this has been pestering me for a little bit.

With little to no content about Kuroko no Basket on this site, we've still managed to get a fair few number of hits for Kuroko yaoi related terms.

This isn't all that shocking considering the End Cards the anime has used (some of them are just plain fan service for the fairer sex) but it did make me wonder about how it's quite rare but still plausible for shonen sports series to end up providing fan service for the female audience.

It's obvious right You have a huge cast of characters who are over 6 foot in height and have amazing skills in a particular sport. Essentially these characters end up becoming eye candy for female fans and in Kuroko's case the character designs were even refined to attract this audience.

This phenomenon is rare but it's been isolated to Shonen Jump, since it started with a franchise called Prince of Tennis. Now I'm not saying that Jump has been pushing to have something that'll give fangirls something to drool over but someone in the editorial staff must have had influence or otherwise all the other famous sports series in Jump would look more like Haikyuu!!

This might have turned into a little rant, so I'm going to call it quits for this topic.

Looking ahead to the Fall 2012 Anime season, I couldn't help but be reminded of last year's fall season. In particular, the hight quality and noitaminA slots.

Putting aside similarities with production and length, the series themselves look like a rehash of what we saw last year. I don't know how Production I.G scored BOTH noitaminA slots for the Fall 2012 Season but I'm not all that happy about it. It's not about the Guilty Crown fiasco but more about the lack of diversity the slot has been guilty of the past year.

Otherwise the season looks great, and can't get here any sooner.

Anime Viewing - The Good, The Dropped and The Average

I recently moved to a different country for a year abroad of study, and now I'm adjusting to the different lifestyle. This means I'm going out meeting new people which inevitably leads to alcohol fuelled antics which then translate to next day hangovers and the like.

Another thing that's slowing down my blogging is an exam I have to take in one weeks time. Unfortunately, I couldn't take it earlier this year because I was ill and now my university has allowed me to take it in September. Basically this means that until the Fall anime season starts, my blogging will be more sporadic.

On that note, I'll probably end up posting the episodic reviews for Natsuyuki Rendezvous later. To be honest, the series has outstayed it's welcome with me and no longer has the potential to be great; it will forever be good at most.