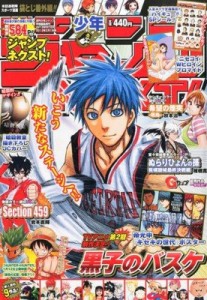 Happy boxing day all! Looks like more good news came during this holiday season in the form of more Kuroko no Basket! Jump NEXT's Winter issue has announced that work on season 2 is under way.

Now that we're getting a season 2, I can let out a big sigh of relief. Unless you've been living under a rock (or don't follow ANN on twitter), KuroBas' year has been littered with cancelled events due to threats. All because of one man, the series' recognition has been tainted. I thought it was enough to stop Production I.G or any other studio from associating with the series.

Were it not for one man's crusade against Kuroko no Basket, this announcement would have been expected. The Blu-Ray and DVD sales make this series one of the best selling anime of 2012, and we haven't even gotten to the manga.

Recently volumes of Kuroko no Basket

have been opening at around 350,000, compared to the 150-200,000 opening week sales it had before the anime. Not only did sales improve, but the series got out of the bottom of Shonen Jump's table of contents where it was perpetually stuck. Now it's getting colour pages and covers, when before it could only hope for so much. Then of course we had the help of our wonderful fujoshi. 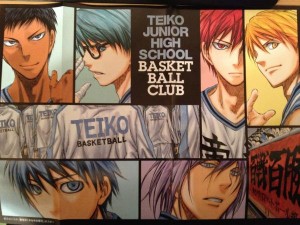 Never underestimate the popularity of bishonens playing basketball, or doing anything else for that matter. When your disqualification from Comiket looses the event over 10 million yen, you know you're popular. Of course this cancellation was understandable given the current situation, so I won't hold it against them.

Looks like we'll be seeing the Winter Cup arc in all of its animated glory! A good arc with plenty of climaxes and exciting matches. Also, there are the two members of the generation of miracles we have yet to meet. The word excitement has now reached a whole new meaning for me and now the hardest part is the wait.