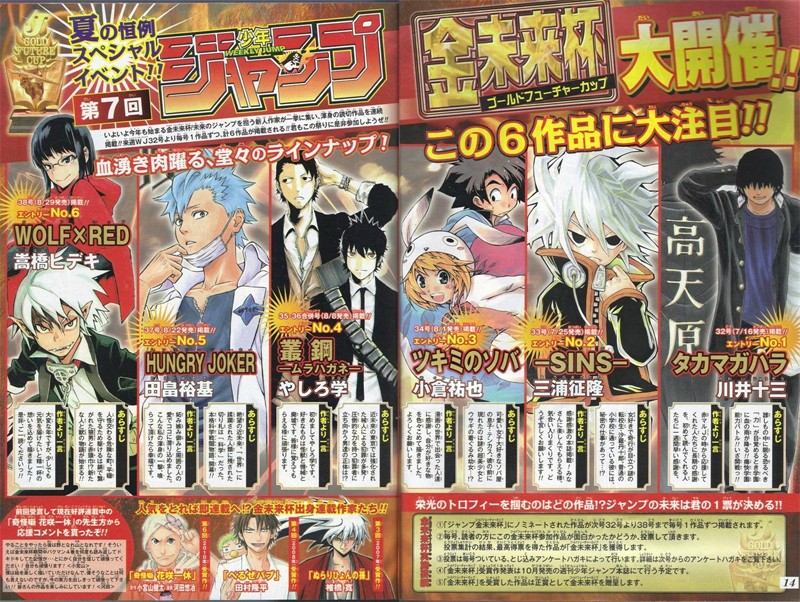 The Golden Future Cup 2011 has come and gone, but it has left some interesting pieces to be judged by the readers and also a piece or two that might end up being serialised in Weekly Shonen Jump. Some of you might be familiar with the fact that Beelzebub and Nurarihyon no Mago were winners in their respective Golden Future Cup's and other pieces such as Muhyo and Roji's Bureau of Supernatural Investigation debuted in the contest.

This year's Golden Future Cup had 6 entries; all of which have a fantasy type setting, although some were aiming for different genres.

I apologize in advance, but having been able to only read 4 out of the 6 entries, I can only give my personal opinion on those and later add my opinion on the missing 2. Just because I like giving my opinion, I'm going to comment whether the ranking is deserved or not. Also seeing as how the winner is at least guaranteed to be published in Weekly Shonen Jump, I'm going to release a follow-up article with my thoughts on what current manga will end and how the winner should approach the serialisation of their work.

So in order of rank, here were the contestants for this years Golden Future Cup: 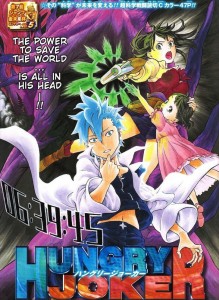 Plot - Set in a world where a virus has facilitated the evolution of creatures to the point that they now attack humans without hesitation (called Overtypes), the government has created a group called the White Jokers who have the power to defeat these monsters. One day one of these jokers (the protagonist, Haiji) arrives at an island that has been isolated due to the overtype infested waters and immediately causes a stir with it's locals, in particular a girl by the name of Alice who's sworn to protect her baby sister Mona. Though his behaviour is brash and Alice sees him as nothing more than a nuisance, he does prove to have the power of a White Joker but instead he calls himself a "Hungry Joker"

Thoughts - Quite a nice story and the artwork is done nicely as well. It reminded me of D.Gray-Man in a way but not enough to allow me to compare the two works. The art work is good, especially the way in which the monsters are drawn however one thing that did disappoint was the character design in power mode; seemed almost too half-assed and generic. The only thing that didn't work for me at all was the dialogue during the battle scenes - WAY to cheesy/lame/generic/lame again.

Ranking Deserved - Yes. Simply because the story idea was the best one and that was enough to make it my favourite one. 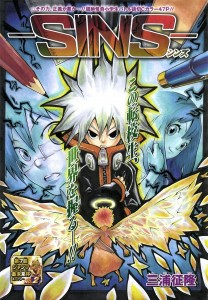 Plot - Erma is a shy primary school boy who has a crush on Urie, so it's only his luckiest day when a cupid appears and offers Erma his help. Everything is going great until Erma refuses to try and kiss Urie straight away, causing the cupid to morph into a monster but not to worry because a recent transfer student by the name of Satan is actually an exorcist with the Mikaela Knight order; an organization devoted to the destruction of these angels of love. Satan and Erma form a friendship by mutually acknowledging each other and will probably fight together to save mankind from the evil minions of the goddess Venus.

Thoughts - I giggled when I read this one. It's such a strange take on a exorcist story but not one that lacks originality or in fact quality, rather it amuses you whilst giving you a little nourishment if you enjoy battle mangas. That being said, as a battle manga it wouldn't be something I like to read for a few reasons:

1. Since there are 2 great exorcist mangas being currently published (D.Gray-man and Blue exorcist) that I read.

2. Because this manga gave off a Magico type feel, it would be hard for me to pick it up as another series like it whilst maintaining weekly interest

3. The gag tendencies of Satan are excessive and loose comedy value quickly.

As a romance manga, I probably still wouldn't read it because it is set in primary school. It's a pity, because of the mix in genres (gag, action, romance) the artwork didn't really fit the story well in certain parts of the story.

Ranking Deserved - Maybe....... It was enjoyable in an unexpected way but I'm not sure I would rank it 2nd. 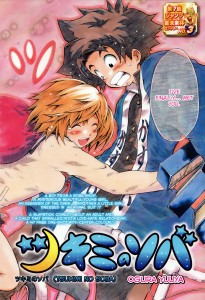 Plot - Kasugai is a young guy with a sole dream; to have an attractive girl tell him the words, "I have finally found you." The day this happens to him, suddenly becomes a nightmare! Why The girl (Tsukimi) who says these words keeps transforming into a a little girl in a bunny outfit against her will and she actually used to be a rabbit before she started turning back to normal. Wait a second, the cherry on top : she is a princess from the moon, who is being being hunted down.

Thoughts - The plot wreaks of To Love Ru and if I'm being honest is even more ridiculous! It also gives me the creeps as it shows one of Kasugai's love interests as a girl who keeps turning into a toddler...... Well I'm not a big fan of romantic comedies but even less of a fan of works that seem to rip-off another series entirely - maybe a little harsh on my part, but I'm guessing that something like this will eventually turn ecchi.

Ranking Deserved - Not from my perspective but I'm not a big fan of these types of stories, so my opinion is extremely biased. 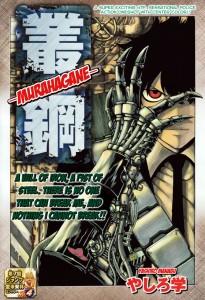 Plot - 2 guys: One obsessed with women but a great detective, the other a lazy guy under house-arrest who loves combat and even excels in it; combine the two and you get crime-solving duo in a world where Kaijin's (tech weapons for humans) have come to be a common entity.

Thoughts - Not bad. Think an exorcist manga meets a detective manga and you can pretty much get the gist of this story, which is illustrated well during the battle scenes. The character set-up is not bad either, but one of their design leaves him to look a lot like Rin Okomura from Blue Exorcist (too confusing sometimes especially since the character wears a dark suit). Even though the story itself isn't bad, it doesn't feel original and even seems weak in comparison to the characters who for the most part are superb. 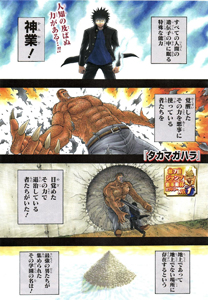 Plot - Inside of every human lie dormant superpowers. When these powers are awakened, some people use them for evil. Others use their power to stop those who commit evil deeds. One cruel boy named Hiruko has taken over his high school by using his superpowers. The students live in fear of him, until the day a mysterious transfer student, with his arm wrapped in a giant cast, arrives to stop him.

Thoughts - Since I haven't read it, I don't know what to expect. Can't say the summary has made me excited to read it. 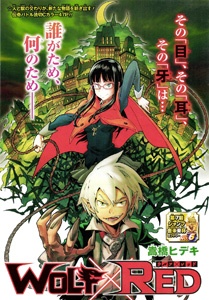 Plot - Belle Epoque City is a dangerous place, overrun by monsters called "Freaks." The community is troubled by a rising rate of freaks and related crime, and the humans have come up with an innovative way to deal with it. They've created an agency called "Black Grims" that employs convict Freaks to fight against the criminals. This story follows one misunderstood, well-meaning wolf boy and his strict keeper, a girl named Ayane, as they work to protect innocent people (preferably girls, for the wolf) from the dangerous Freaks of the city.

Thoughts - I am yet to read it but based on this plot summary I'm not sure what to expect.

There seem to have been strong fantasy elements in all of these one-shots, which begs the question: do we need any more fantasy manga I would personally not have said there was a clear winner in this years contest and that out of all the works I have read, the 3 I liked could have been serialised and based on the rank so could the one I didn't like!

It also felt that all the series (minus Tsukimi no Soba) could potentially be better suited for Jump SQ rather than Weekly Shonen Jump due to their fantasy settings.

Right now all we can expect is to see the winner 'Hungry Joker' serialised in the near future (possibly after the New Year!) and wish it all the best to not end up like the recent winners of the Golden Future Cup; cancelled before a year (or half for that matter) of serialisation. Not to say that we might not see one of these other titles in Jump soon either!