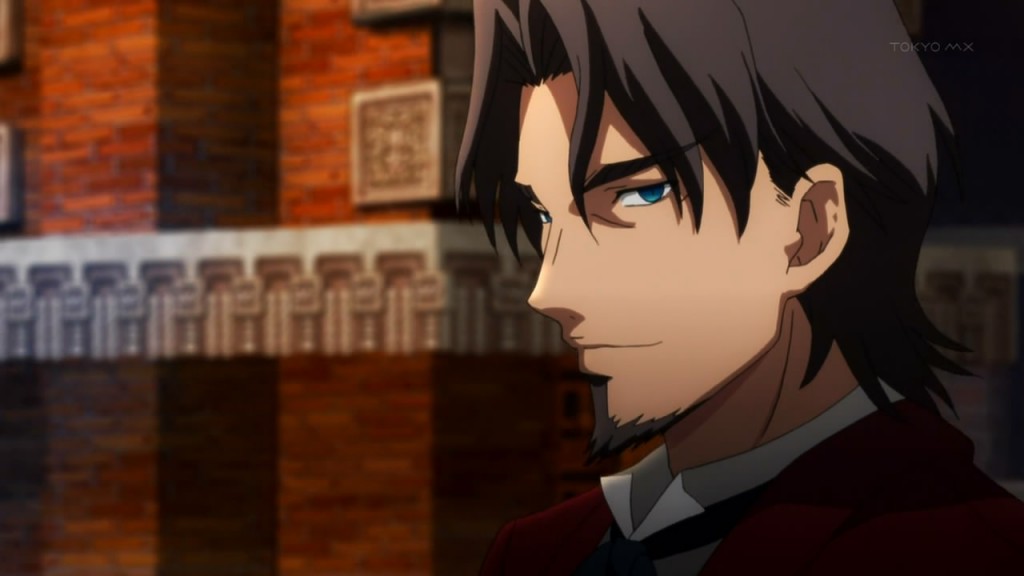 The episode itself is 47 minutes long, so basically it is equivalent to a double episode.

Pretty interesting, I noticed some of the characters who are present in the this series are present in Fate/stay night. The animation is pretty good, I'm glad that they didn't have the same beginning as fate/stay night. Something I noticed that was interesting is Emiya and his summon (didn't both father and son summon the same ). The main character in Fate/stay night is Emiya's son. Although they both have different ways of dealing with the summons. The music was pretty cool. I guess this anime will focus more on the problems within the families and social structure involved in the Holy Grail War, since there wasn't that much focus on that in Fate/stay night. I found it amusing when they were shocked at the fact that King Arthur was infact a girl. I wonder how his father will use Saber, the comparisons between they way they use their servants is going to be interesting. Both Emiya's seem completely different from each other.

azeriraz's opinion: Having never seen Fate/Stay Night I didn't know what to expect, but all I can say is that this anime is definitely looking to be a great watch. The story being about the Holy Grail choosing 7 master magi to compete against each other by summoning fallen heroes is definitely interesting but more-so the intentions of all the masters and what they are fighting for makes it even more appealing as it gives the story more depth. Though I won't review the anime since this is more Sintaku's area of interest, I will definitely watch it.