So the much awaited arrival of a dragon finally makes it to a chapter of Fairy Tail! Right after the exam has been suspended and a long winded speech by Zeref about Acnowlogia last chapter, we go a glimpse but this week we witness the true power of a real dragon.

It starts off with everyone on Tenroujima feeling something unusual; a loud noise which no one is quite able to understand until Wendy identifies it as a cry of a dragon.

But this isn't quite like any dragon that we've heard about, rather it's the Black Dragon of the Apocalypse known as "Acnowlogia." So at this point we already knew that Zeref was extremely powerful, but to be able to summon up a dragon almost at will

Not to mention this dragon is definitely rare even amongst it's own kind and doesn't talk to humans because according to Zeref it considers them to be nothing more than insects. Funnily enough this is understandable as the dragon goes on a rampage on Tenroujima, laying waste to the whole island with nothing more than the simplest movements and no one willing to oppose (not even Gildats).

As they run, the guild fears for it's life so Master Makarov in an expected manner fulfils his duties as a master and decides to stop the dragon long enough for his "children" to escape. He even goes so far as to tell them not to interfere and as his last order (his words) he tells them to run!

Definitely the saddest chapter yet, in fact it made me almost as sad as when Jiraya died in Naruto. And now I'm thinking how is Fairy Tail going to stop this dragon We'd first look to the dragon slayers, but to be honest none of them look ready even Natsu, who has always progressed faster.

So what comes next An introduction to a new dragon slayer with experience would possibly allow for the others to be trained in an almost Nauto/Bleach style manner, but we still other things to consider like will Laxus be able to step up and be a leader And of course what will be the fate of Master Makarov and the rest of the guild But if I had to choose one topic I'm most curious about is whether there is a possibility of Zeref being a dragon slayer. It could make sense since he seems to know a lot about Natsu, possibly through some sort of contact with Igneel (the dragon that raised Natsu) 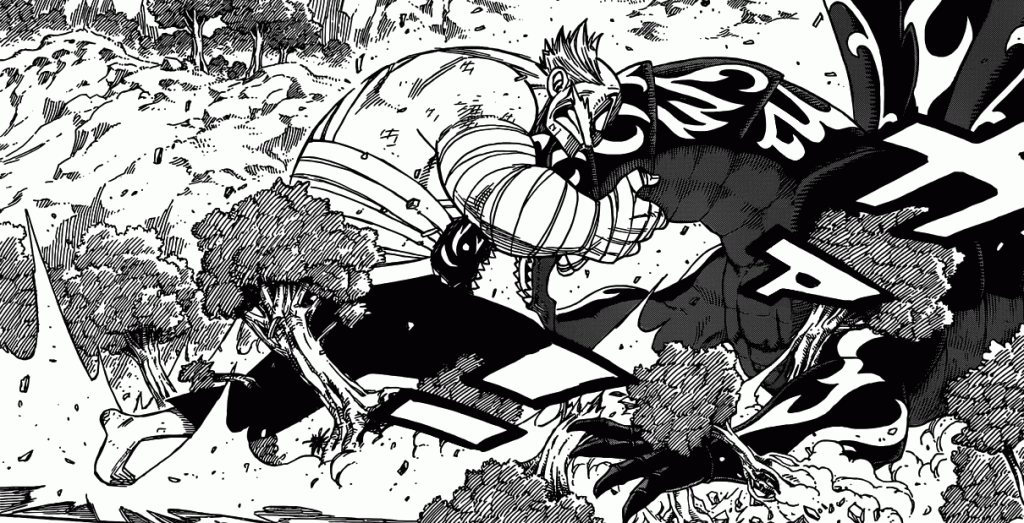