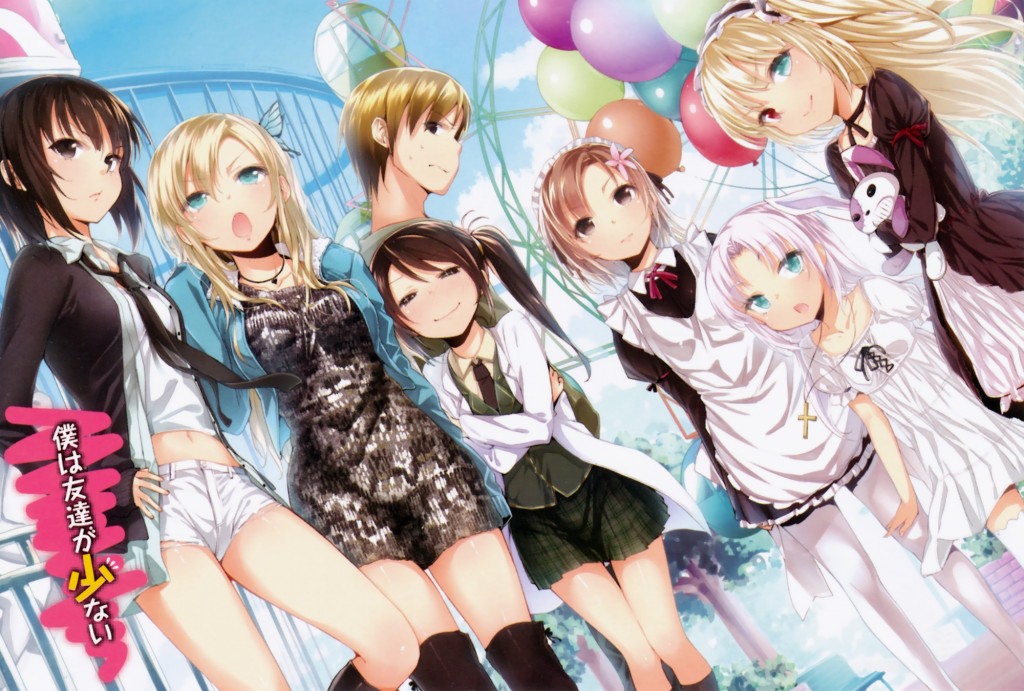 So I thought I'd start reviewing some of the new series this fall as to give possibility to me picking up a new series. I'm go start with Boku wa Tomodachi ga Sukunai because I don't think I can handle watching anything else that's remotely battle related and this one seemed rather interesting. Just to clarify any confusion the anime

Kodaka is a transfer student who is finding it hard to make friends at his new school (mainly because of his blonde hair and bad impression from his first day at school). He spends all of his time alone and is avoided by everyone, so when one day he runs into an equally friendless and strange Yozora his life changes. After a conversation with Yozora regarding the hardships of forming bonds of friendship, she decides to go ahead and start a club called "The Neighbours Club" something that the school supports because of it's links with religion.

Kodaka is caught by surprise and is not excited about the idea, even more-so when he sees the poster Yozora wan't to use to recruit members. Even though Yozora is pleased with the hidden message within the poster, she's less than happy with who shows up; Sena. Kodaka is surprised but Yozora shows contempt towards Sena because of her popularity, which she proceeds to explain as just affection displayed by all the boys (whom she calls doormats). And with this the episode wraps up.

Not a bad start to an anime like this. I like the "breakfast club" type approach of the story, so I can see this being something light and fun to watch with particular focus on character development and relationships. I'm not sure whether I'm going to pick up this anime yet because I have yet to watch the other non-battle anime's that have started airing this fall, but I will definitely watch the second episode and probably the third before I make my final decision.