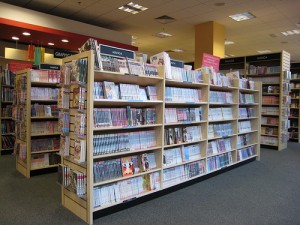 Here's the gist of it, and you can view the full sales figures here.

As far as individual volumes go (ANN's full list and the other one):

Overall, I think this years sales were more dispersed. Last year One Piece's sales were considerably larger and as you can see, this year many series with anime have moved up leaps and bounds. Power of anime is very real.