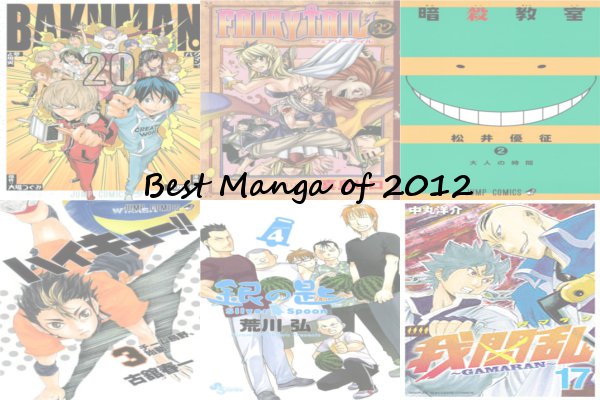 You didn't think I'd forget about manga did you Well I haven't, hence the post. Coming up with a good way to write about manga this year was tricky because some series are weekly whilst others are monthly, some aren't up-to-date and some ended this year.

The top 10 best manga list is made up of ongoing and completed series. As long as there were chapters published in 2012, then it's all good. Also, there is no discrimination between weekly and monthly series, because both types have their own advantage.

Yes I did put One Piece at the bottom of this list and no it is not a mistake. Let's be honest, this year's chapters of One Piece haven't been the most exciting, and that's why it's at the bottom of my best manga of 2012 list. The chapters were mostly good, but some of them were downright boring.

I could have done with the Punk Hazard arc being shorter, instead of taking up most of the year. Had it been shorter, I would have placed this series much higher up in my rankings because a lot of huge developments took place this year.

Huge developments or not, this was not One Piece's best year. Let's hope 2013 brings it back to the top of the pack. 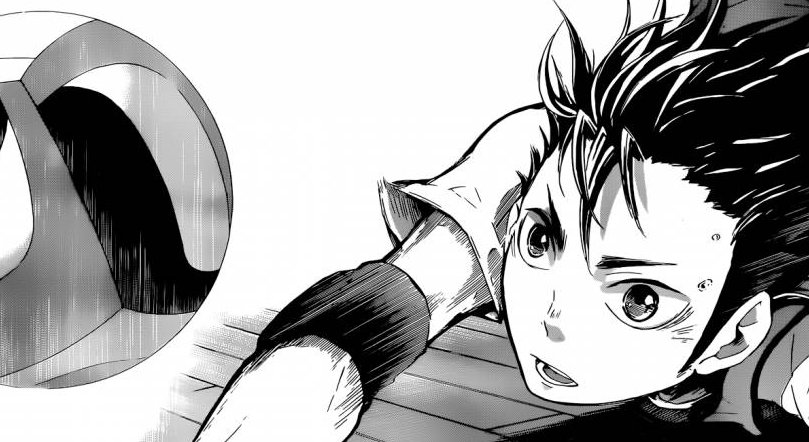 The number of you reading this series is most likely in the single digits. Yet another sports series running in Jump, so it's going to be unrealistic and over the top right? Wrong. If you're not reading Haikyuu!! because you thought it was like the others, then shame on you!

This manga is the slow and steady one of Jump's line-up. Each chapter is of the same quality, with the occasional chapter that's a little bit better - which is the same as saying it was amazing. It still is easily recognisable as a shonen sports series, but it's definitely different from its competition.

Give it a shot! You might find yourself liking it. I will say that it isn't flashy or overly exciting, but it's a high quality sports series.

After a poor 2011 performance, Bleach bounced back this year. Not only did it do that but it also brought its A-Game; the same one that made it part of the Big 3 once upon a time. This year's developments and general plot direction have been great.

What's also interesting is how the series improved as the year went on. The beginning of the year saw some improvement from the series - nowhere to go but up from the Fullbring arc - but it wasn't until the last few months that Bleach really stood out.

Making best of a not-so-great decision to continue, the story is finally headed somewhere we've wanted it to go. We're now learning about everything there is to know that is interesting and we're also building up to a final battle properly. 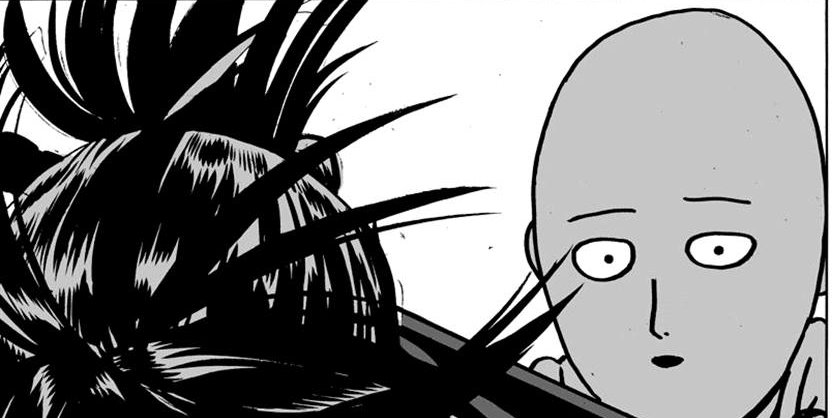 I may not talk about this series, but boy do I love it! It's hilarious, is beautifully drawn and it parodies the superhero genre to a greater extent than the western comic Kick-Ass. It's also drawn by Yusuke Murata, who is one of the great artists of motion (action and general movement of characters).

A part of me feels like I'm cheating because this new manga has no more than 20-odd chapters, but then I realise I don't care. One Punch-Man had me hooked after the first few chapters and instantly became one of my favourite comedies. Action-wise it's also good, and the fight scenes are what you would expect from Murata-sensei.

Because it's being released online, it isn't well-known and because of that I urge everyone to go and check it out! It's brilliant. 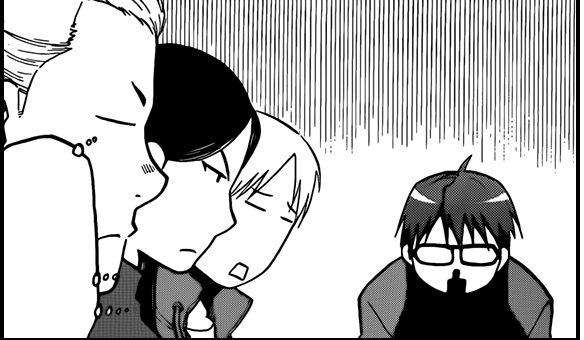 Also known as "Poor Hachiken," Gin no Saji adds something different to my weekly reading. It's light, fun and easy to read, with the occasional bout of drama to keep things interesting.

Considering it's in the early stages of the story, the majority of the manga's chapters came from this year. So far so good! The drama doesn't go overboard and the comedy is fantastic as always, but at times I don't care for its deeper focus on characters other than Hachiken.

The focus itself is really well planned and comes naturally, but it doesn't deliver as much enjoyment. Kind of like a much better version of what happened to the Moyashimon sequel. Nowhere near as bad, but we can sometimes do without the dramatics. 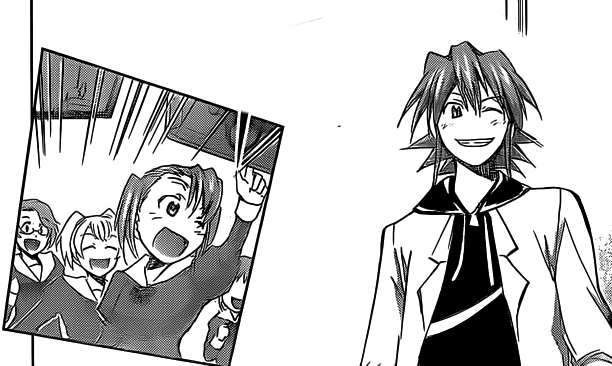 By far, the newest manga to steal my heart. Denpa Kyuoshi really has everything that appeals to me in a manga; great stories, a loveable main character, a harem that actually doesn't annoy me and best of all, a teacher setting that is well done.

Denpa has been consistent without a doubt. It served up great arc after great arc without so much as trying, and it did so for the entirety of the year. Out of all the series on this list, it was the most fun to read - literally speaking, I found it the funniest and easiest to read regularly.

The GTO meets KamiNomi setting is great, nevertheless it's the characters that make this series so worthwhile, Plenty of shipping material for those who want it and for those who don't there's plenty of comedy to tide you over. 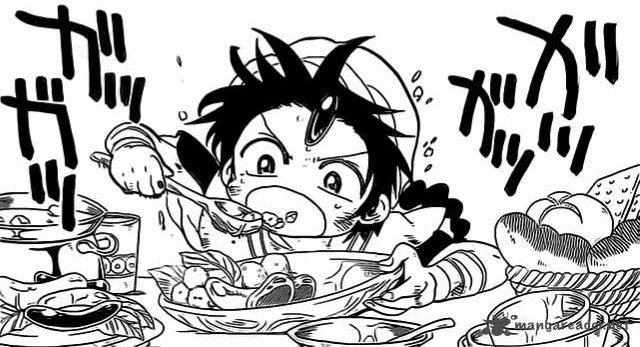 Magi is a rare breed of manga; it's improved exponentially since the first few chapters with no signs of slowing down (in the long run).

This year saw the start of the Magnoshuttat arc. A great arc that, at the same time, is steadily taking us towards a big battle. One of Magi's strengths is how it makes use of its dual-protagonist setting, and this year was no exception. The two protagonists have had their separate stories and their bond will come into question sooner rather than later.

The more recent chapters have been a little more mixed-bag. I've enjoyed the ongoing build-up to the war and learning about the history of the world, but Titus' story wasn't to my liking. It felt a little too much for a character we've just met.

If you enjoy the anime, drop it and pick up the manga. No doubt those who haven't read the manga wouldn't know this, but the manga is so much better. I'm not even saying this as an advocate of manga, but as someone who is against great literature being put to shame by an adaptation.

Speaking of manga that are so much better than the anime, here's Bakuman. I said that this list wouldn't discriminate between completed and ongoing series, however that was just so I could include Bakuman in my top 10.

In its final stretch, Bakuman was one of the most exciting manga to read. It was to be expected since we've been waiting for the epic conclusion. The intensity went up, the final arc had its fair share of plot twists that lead to some pretty fantastic chapters.

Without giving away spoilers to those who haven't read it/are watching the anime - shame on you - the ending was everything one could have hoped for. All the right elements of comedy, romance and basic slice-of-life came together.

Not only did the series keep up its intensity, it also covered all the loose ends. There was nothing left unanswered and the final chapter was one of the most satisfying of the year - a conclusion's advantage - earning Bakuman a spot in the top 10 best manga of the year. 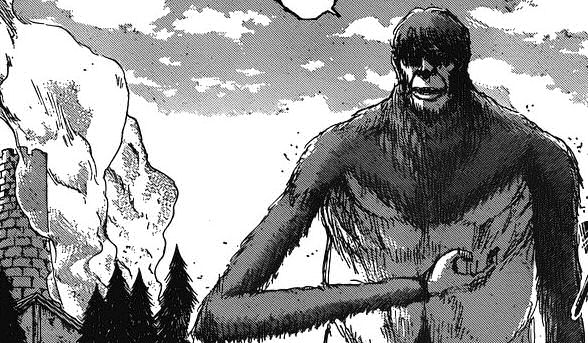 If you read any of my Monthly Manga Reviews, then you know how much I love Shingeki no Kyojin. It is the ultimate shonen dark action series and the best monthly series currently being published. It has found a way to make you want to wait a whole month for the next chapter - the sadist in me can't help it!

I've talked about consistency with the other series, but that's a joke for this one. Not only does it boast consistency, but it boasts constant improvement that makes full use of the original setting. It takes a certain kind of genius to deliver so many good chapters for the course of year, and that is exactly who the mangaka is.

This year, the manga continued to do what it did best but from a different point of view. It took a look at its characters, who we've only seen and not heard; we know who they are but we don't know about them. That problem was fixed with each passing chapter and had a genius way of incorporating more thought-provoking ideas into the characters' background stories.

Somewhere the Shonen Jump editor who turned down this manga is beating himself with a stick - true story about Jump turning this down. Nevertheless, what could possibly have beaten Shingeki no Kyojin I mean it was almost unrivalled. Almost.

The reason KamiNomi is #1 is simple; the goddess arc. As much as I loved Shinegki no Kyojin's chapters this year, this one arc was enough to earn KamiNomi the top spot this year.

I've said this countless times in other posts, but this arc was probably one of my favourites of all time. It took its sweet time building up to an emotional ending that's burned into my mind. This was no simple arc. It spanned countless chapters and even started with some foreshadowing long before the actual arc started.

The rest of KamiNomi's chapters were good. It was hard to follow the goddess arc with anything, but the new arc started off strong and has continued to be interesting for the most part. Admittedly it had a few ridiculous moments.......but overall the series was brilliant.

And that's that! Stay tuned for part II of the Best Manga of 2012 review.