And some rather dull episode from last week. A little late I know but what you gonna do 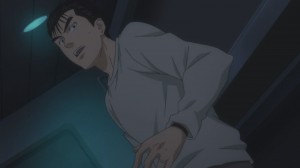 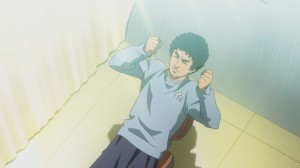 I'm honestly a little bit disappointed with this episode of Uchuu Kyoudai because it feels a little to slow, even for a series which is taking it's time and not rushing anything.

By taking it's time, the build-up of the distrust takes place and it give the feeling that a defining event will happen in the next episode which will end up separating the future astronauts from the wannabes. This would have been a lot better had there been something new in this episode and not a repetition of happened in the last episode.

Aside from some slight impatience with the series for moving at a much slower place, the feeling of the episode as a whole was on the more realistic side for portraying what happens when you place a group of strangers together and tell them to blindly trust each other all the while you know you're in competition with each other. The drawing out of the episode could be just another way to build-up the feeling of intensity before the resolution of this problem and if that's the case then it would make this episode make more sense than just being a repetitive episode. 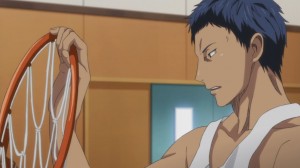 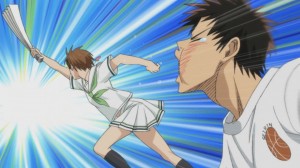 I think this episode would be another reason why people would stop watching this series.

Now a character being likened to Tiger Woods or Shaquille O'Neal is hard enough to swallow but having a Japanese high school freshman likened to two game changing (quite literally) athletes is even harder to swallow and in fact borders on the absurdity of shonen sports made famous by Prince of Tennis.

Looking past the absurdity, the new character Aomine does represent a rare percentage of athletes who have arrived at the peak and are now waiting for someone to match them. This isn't as rare as it may sound and in a case like Aomine's his skills haven't been shown as natural talent but simply an accumulation of practice which led to an athlete of his calibre being born. Of course, much like with any athlete standing at the summit, it gets lonely and it makes that much more sense that Aomine is bored with playing and it pains him to practice in case the difference in ability increases even more.

Unlike the two members of the Generation of Miracles which Kuroko and Kagami have already faced, it looks like Aomine is not going to be a much tougher opponent. This makes more sense seeing as how he's also the first player to have a playing style similar to Kagami's. 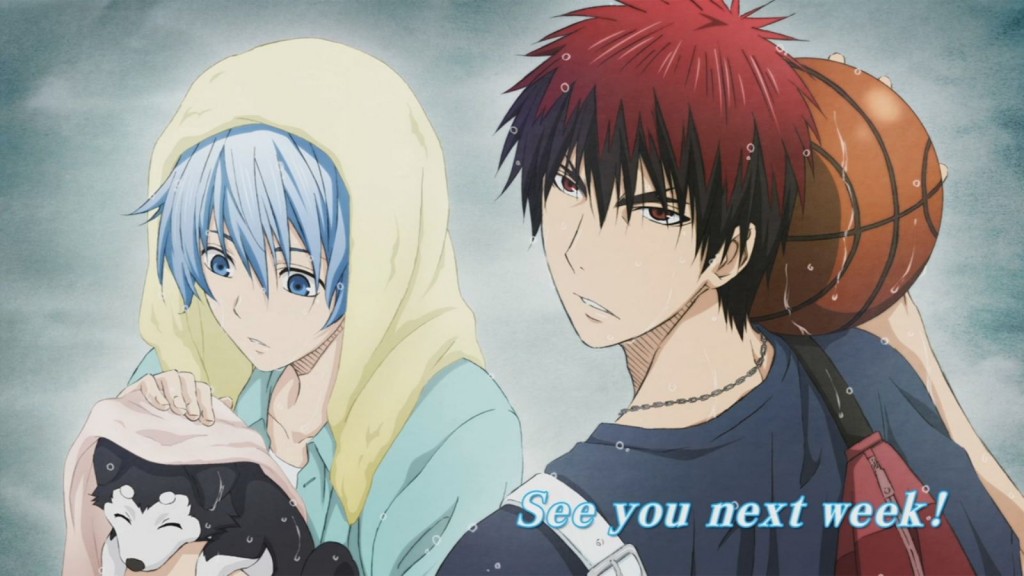 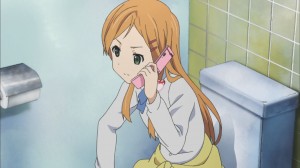 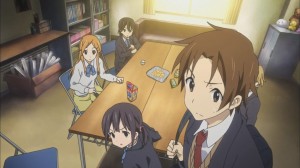 After an initial body swap in the first episode, the second episode decided to clear up a few things with the story and continue on in the comedic manner with a slightly serious undertone that the first episode contained.

With the revelation that there is in fact someone responsible for all the body-swapping the series took a turn into unfamiliar territory for me. This is unfamiliar territory for me since I couldn't take the declaration from a plant seriously at all, but in terms of comedy the whole episode continued on a positive note and even ended in a way which made me smile a little (see picture below).

There are still some serious moments in the episode, like the conversations between the body-swapped people and also Kiriyama's outburst at Nagase for being too carefree and not thinking about her safety but those seemed to be the less memorable parts of the episode and ended up passing by like a fleeting memory and thus giving this episode nothing more than a satisfactory overall feel to it. 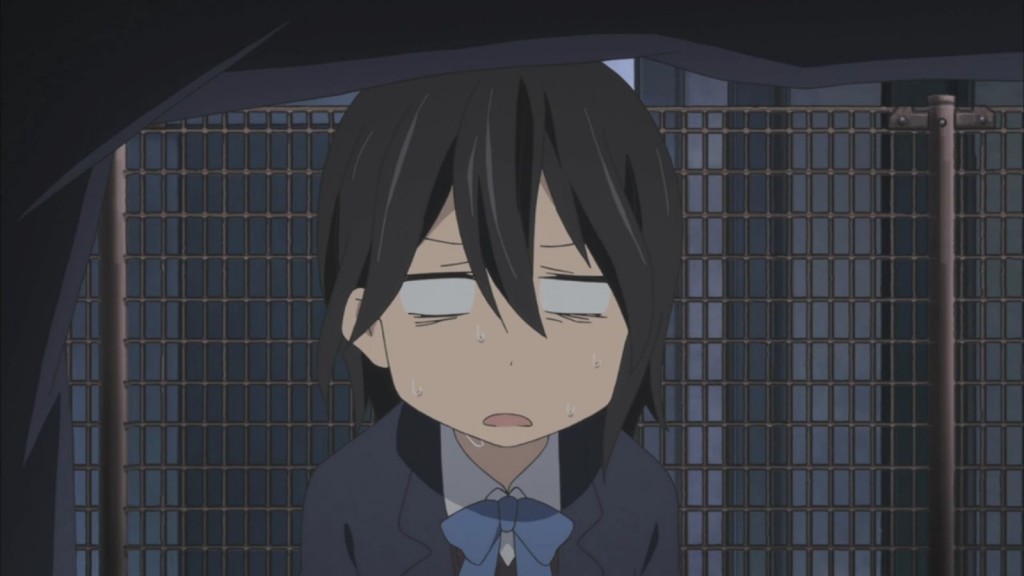 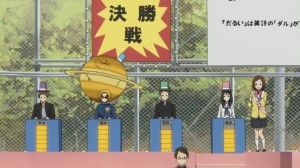 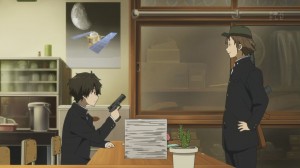 Carrying on from the previous episode, with no mystery in sight the cast is still in the spotlight.

I wasn't too impressed with what happened in the previous episode, seeing as how we were shown the characters exactly as how we'd seen them for the entire series and we weren't even introduced to a new side of their personalities but this episode did well to correct that error. Focusing on Mayaka was an interesting choice because she isn't a main character and her appearance in the previous episode was even shorter than the focus on Houtaro lazing about and doing nothing. Mayaka is always shown as outspoken but in reality that's more the case with the Classics Club and Houtaro, so she is shown as a more timid character but at the end of it all she's still the same confrontational girl regardless of whether she's close to the people or not.

Houtaro is still the same lazy person in this episode and accomplishes as much as a pre-school kid in this episode, possibly even less so than he did in the previous episode. I will say that the slow exchange of good he seems to be doing is an interesting device that will probably lead to the resolution of a rather petty mystery and I'm interested to see how this will all lead to him saving the day. 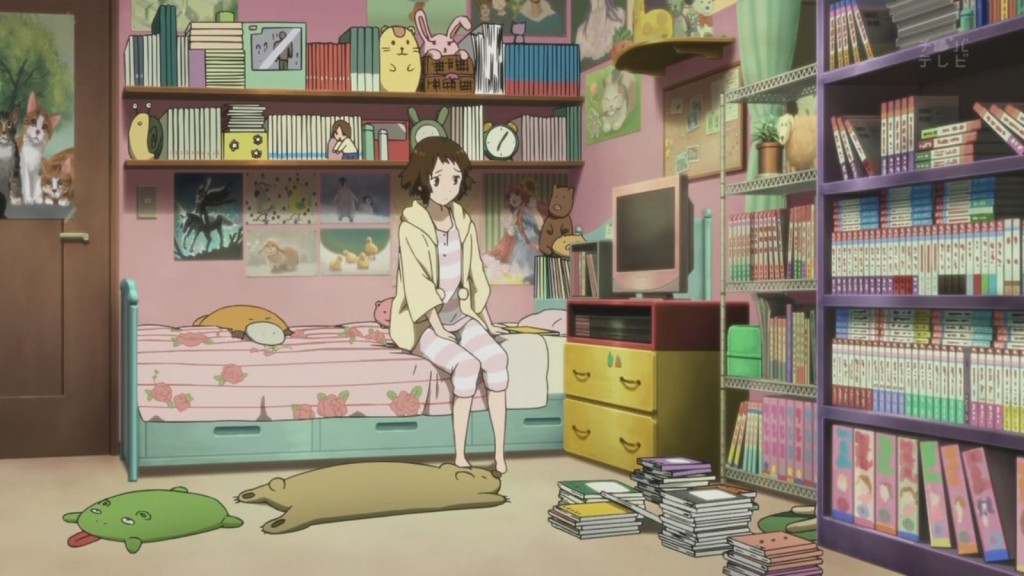