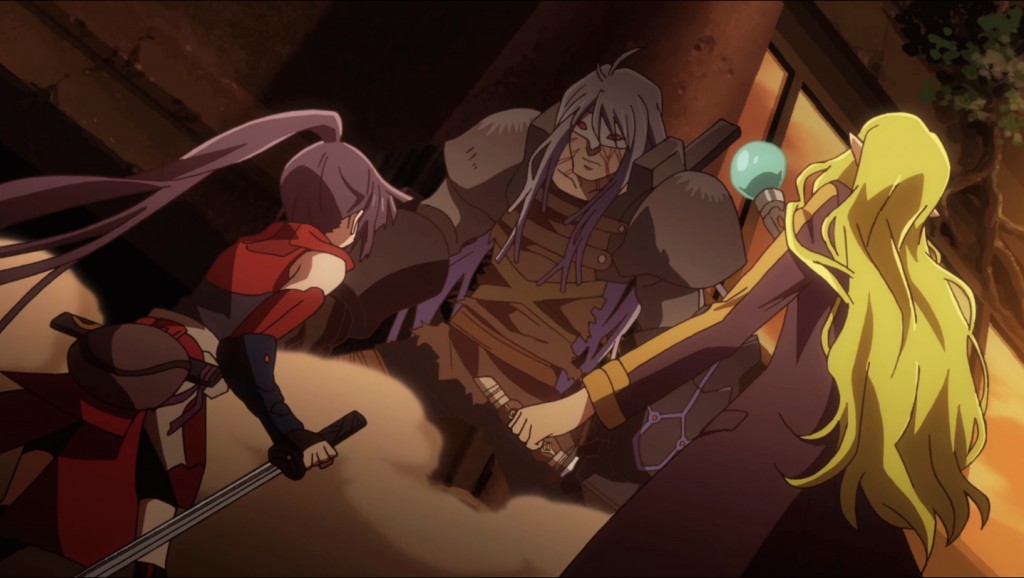 Unfortunately, we missed episode 6 but we are on for episode 7. It was a decent episode with some pre-battle preparation going on. Although a major lack of Shiroe, whom we haven't really since since the deaths of Akatsuki and Shiroe.

No Teachings were Taught

I really thought Akatsuki was going to get some super amazing Teaching ability, but low behold she didn't. Or maybe she did but doesn't know it? Either way it doesn't seem like Teaching abilities can be really learned in an expected way, it seems like people just accidentally gain them in some way.

The flavor texts seem to be a way to make the world harder and more unpredictable. I was thinking that things were pretty simple, until watching this episode. The way the flavor texts are interpreted is interesting:

The differences between the texts is quite interesting, in one things are more literally and in the other they are loosely connected. I am interested to see how the flavor texts come into play in the future, hopefully there are more flavor texts that are favorable to the adventurers.

I didn't really understand why they sent out 24 female combatants to fight and protect the land. The last two are outside the combat zone, but are part of the combat. Maybe they just wanted a female only battle against a male villain?