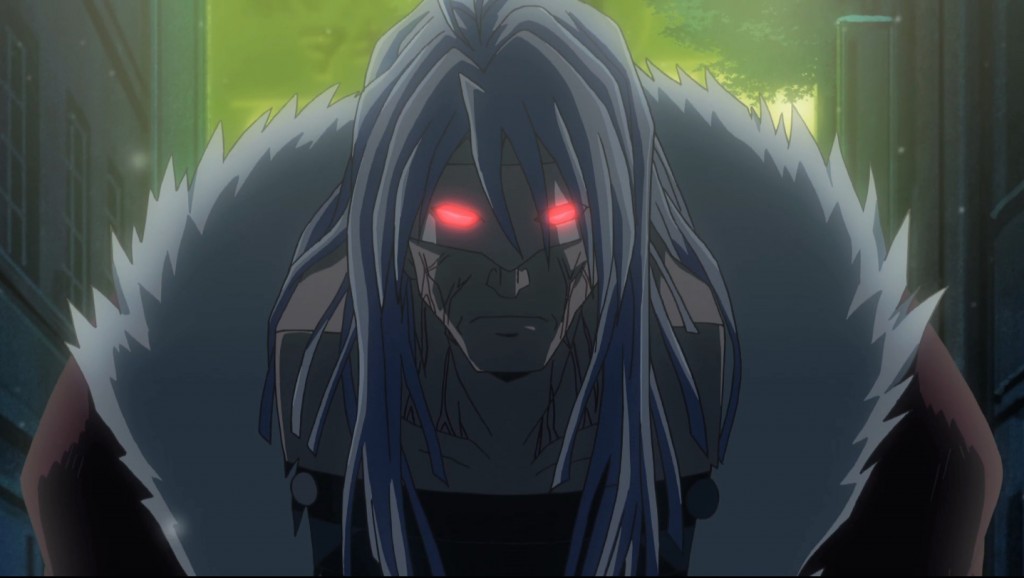 I really liked season 1, and I am glad to see it continue onto Log Horizon season 2. I started watching Sword Art Online 2 expecting something like a fantasy continuation, but it disappointment me with where it went. However, Log Horizon season 2 has kept me eager to see more. Unfortunately since it has been a while since I had seen season 1, I had somewhat forgotten parts of the story. But the anime really did do well to get us caught up and straight into things again, although the Goblin King quest is more of a sidelines thing now compared to the build up it had received towards the end of season 1. I would have liked to see more on what is happening with the Round Table members who went to fight the Goblin King. Excuse me if my memory is a bit rusty.

Well let's get straight to the latest episode in the land of Elders Tale. There seems to be a creepy person from the People of the Land who actually killed a person within the walls of Akihabara. The Royal Guard (they appeared and stopped people from fighting within the PK-safe zones, mainly cities and towns) didn't appear to stop this person PKing an adventurer. Now this makes me feel that Kunie Clan who supposedly are in charge of all of this aren't actually in charge, especially when you couple this incident with Shiroe finding the unlimited gold hidden by the Kunie Clan. Well they haven't exactly found it yet but they are traveling to the Depths of the Palm to do a full raid with 5-6 (maybe even more) raid bosses to get it.

Elders Tale is becoming less of a game.

As time goes on and on it seems less and less that Elders Tale has rules that are governed and happen beyond the control of the adventurers and the People of the Land. It seems to me that these people can build and change the rules if they find out the method in which to do so. For example how Shiroe made the "Magic Contract" which didn't exist in the game before but does now. I also wonder whether he will somehow find a way to creating lending/borrowing contracts with the Kunie Clan. Although they do always seems to be referring to some unknown ancient rule or decision saying they can't do that.

I'm pretty happy with the Log Horizon Season 2 and look forward to continuing watching and writing about it. So this anime has officially been picked up.