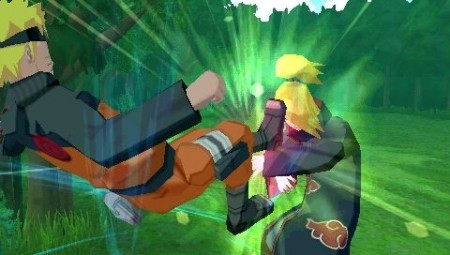 I don't know about everyone else's view on filler episodes i.e those which are not part of the original manga story, but I have never found myself to enjoy any of them! Currently Bleach and Naruto have been on quite extended filler arcs which has put a damper on my desire to watch the anime as a whole, so I thought I would write this article for all of you who want to avoid watching fillers and to better equip you in choosing an anime with the least amount. So statistically speaking we have these results: Fairy Tail is sitting strong with 8.2% of their episodes being filler and this number is expected to decrease as they have started another arc that has been drawn with the manga. Really impressive if you ask me but then again we can possibly attribute this to the manga and anime's popularity paling in comparison to Naruto, Bleach and One Piece. The timing however is perfect since the manga never stays more than one arc ahead (currently it's ahead by around 50 chapters) of the anime so many filler episodes aren't needed, plus Mashima does draw quite a few "special" chapters, all of which have been animated.

Next up with just 13.2% of the episodes being filler, we have the most popular current series One Piece. This figure is amazing considering how long One Piece has been running and the fact that they've managed to keep it so low makes it more worthwhile to watch than Fairy Tail. We're spoilt for choice as One Piece is yet to get halfway in the anime meaning we have years ahead of us before it ends! So if you had to choose one, choose One Piece.

Now we get to the disappointing anime's when it comes to fillers and we'll start off with Naruto. If any of you remember before the Naruto anime transitioned into Shippuden they had released 85 filler episodes to stall for time! Considering there were 220 episodes, our initial statistic is that 39% of Naruto episodes were all filler! Even though with Shippuden the number of fillers had been decreased to around 15%, this does make watching Naruto very infuriating at time!

And finally Bleach the worst of them all. This anime boasts a 37% filler arc content statistic and that makes me wonder how they manage to get away with it The story and anime does have some of the best climax's and battle scenes but it is ridiculous how they keep postponing the animation of the main manga. If you have the time go for it but if you cannot watch fillers because you hate them then don't bother.

Respect to onepiece.wikia and fairytail.wikia for outlining which episodes are filler and not!