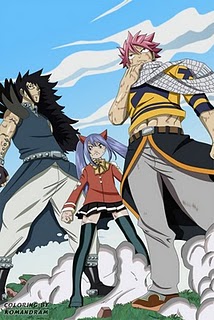 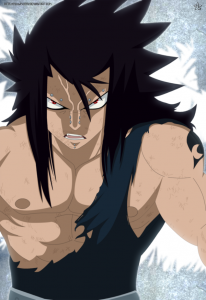 So seriously, when ! Hats off to Hiro Mashima for making it so that we are anticipating an introduction to the remaining dragon slayers when in fact leading up to the S Class exam arc he introduced them one after the another, almost seeming effortless in advancing the story so quickly. Now it should only be a matter of time before were introduced to the others. A word of WARNING! If you're not up to date with the manga stop reading here.

So currently we've been introduced to 3 confirmed dragon slayers: Natsu, Gajeel and Wendy and possibly a 4th if Zeref is the Acnowlogia dragon slayer. Even if Zeref is a dragon slayer, that still leaves 3 to be discovered (a continuous theme in Fairy Tail regarding the dragons seems to be the number 7) and that makes us wonder not only what types of dragon slayers they will be but also what type of people.

Personally I like the idea of a "light" dragon slayer so it compliments the Acnowlogia dragon but that may not be the case. I do think that eventually one of un-introduced dragon slayers will be a source of advanced training for Natsu and the others much like it has occurred in both Bleach and Naruto but I may be wrong and Mashima might be taking a different route.

One think that does always occur is that regardless of when a certain group of people are mentioned, they will always be shown. If this doesn't happen in Fairy Tail, which looks unlikely since the manga is till under 300 chapters, we can only assume quite a lot of us will be left slightly disappointed since there would be a chunk of information missing and we would not have full "closure" from the series.

So what elemental dragon slayers could be introduced Not much left in this case unless we have a crossover with mage's who already use an elemental magic style. So this is why I thought that the light dragon slayer could work and the other 2 could be of elements not yet used by any of the wizards introduced to keep it original, but we shouldn't get too ahead of ourselves as we have (possibly) a long time to wait before we meet all of them. Who knows Maybe another one will be introduced to us in the next arc!