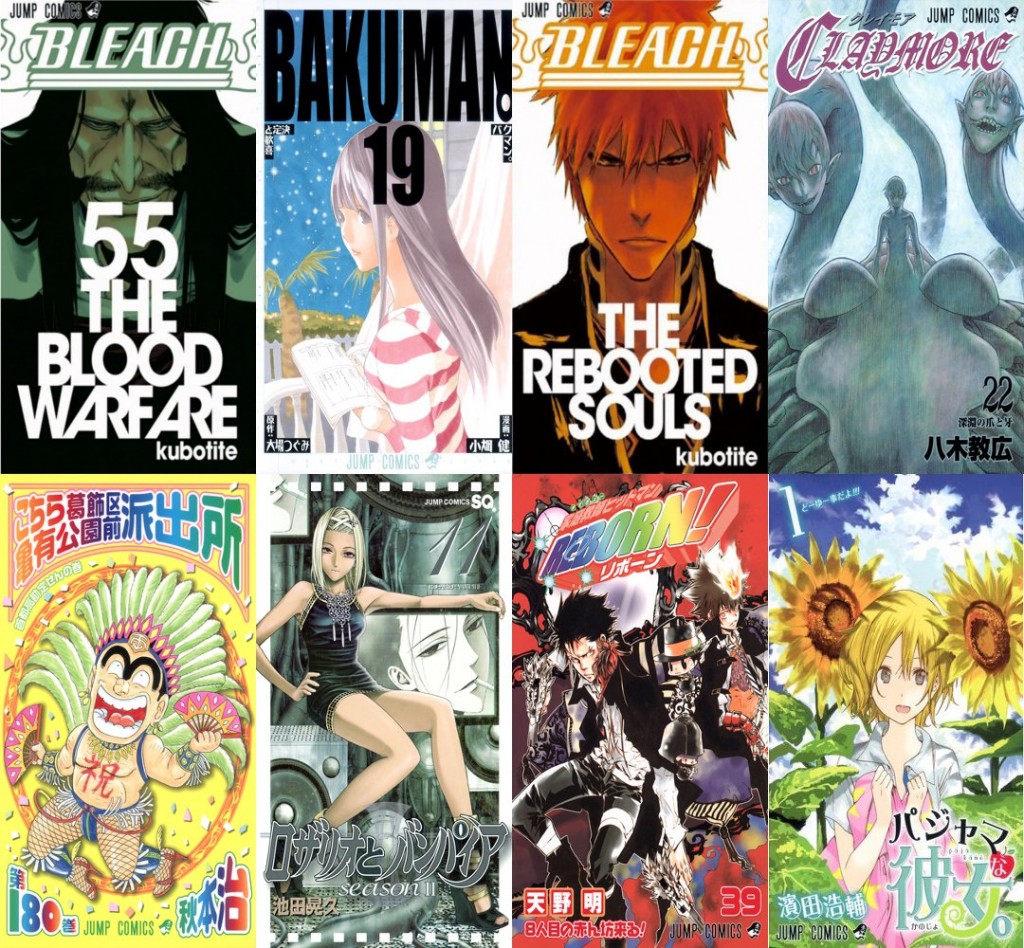 Quite a lot has happened since the end of ST&RS, Pakki and Bakuman's run not too long ago; some series have gained greater popularity, some series have lost their popularity, an editing mistake lead to the biggest troll regarding the end of a very popular manga (Claymore) and of course various other bits of news regarding the line-ups of Weekly Shonen Jump and Jump SQ.

Let's start with some news about the series. 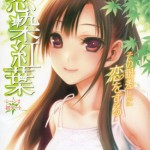 Added to the ranks of Jump is yet another romance, bringing the grand total of romances currently running in Jump to 3, or 4 if I was to count magico as a romance as well. Without a doubt the competition has been taken up a notch, and seeing as how Koisome Momiji has to compete with Pajama na Kanojo and even Nisekoi, it had to differentiate itself from them.

With the 3 chapters of Koisome Momiji that I've read, I can't say that I've been drawn in and excited to read this series. The series has started off better than Pajama na Kanojo but the story is one that doesn't really impress me nor does the execution.

The premise of the relationship between the main character and his love interest isn't bad but at the same time it isn't great - popular actress with 0 romantic experience asks to go out with a boy in order to gain some experience to help with a role for a movie - and it doesn't make it an enjoyable romance. I know that it's hard for a romantic series to do well, especially considering that Jump has 3 currently running but so far Koisome has been the one I'm least looking forward to. Of course the start of a series is never enough to make me drop it and considering that PajaKanojo also had a terrible start, there is hope for the series yet but I don't see Koisome surpassing Nisekoi, my current favourite, any time soon. 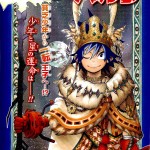 Just to be brief and recap what I wrote about the first few chapters of Barrage (check the WSJ Issue Reviews from Review of Issue #25 onwards). I'm really enjoying how the series has presented itself as a an adventure series set in space and has been paced much slower than most new manga that debut (and subsequently end 20 weeks later).

Horikoshi-sensei's art has got even better since his last piece and the story has enough potential to establish itself as the next big flagship of Jump. The biggest worry for me is that the series will be compared to the likes of Toriko and One Piece and it it doesn't make itself stand out from these two it won't last.

I haven't read this series but supposedly it has been brought in to fill the gag manga slot that freed up eventually with the end of Inumaru Dashi. Based on a few comments online, it's a good gag series and looks to have potential to run for quite a few years.

It's hard to be a popular manga in Jump and with that in mind the rising stars of Jump's line-up can change more times than my decisions to drop or pick up new series. This time round the rising stars seem to be Nisekoi and Haikyuu!!

Nisekoi deserves this honour for consistently ranking well in the Table of Contents (ToC), maintaining the high quality of the story and most recently boasting impressive first volume sales in excess of 45,000 - and that was with it being severely underestimated hence slowing down sales and not reflecting it's true popularity. As a result Nisekoi getting a vomic was inevitable and it has even managed to nab itself the cover of Issue #28.

Haikyuu!! has come into Jump guns blazing. I don't know if it's been Kurogane's decline in quality and Table of Contents popularity or it's the series itself but Haikyuu!! has pushed itself into the decent sports manga category quite quickly and has nabbed a grand total of 4 colour pages (as of Issue #29) that don't include the ones for chapter's 2 and 8 which are given to most new series. Even without being up to date with the chapters, I'm impressed that the series has been consistent in quality with each chapter and based on a few comments on different sites, it has yet to decrease in quality. It sales aren't to shabby either, with the first volume selling over 30,000, quite a feat for a sports series to accomplish.

Either way, the future seems bright for Nisekoi, which has settled into a great groove and it maybe too early to say but it looks like Hakiyuu!! has settled in as a candidate for the next big Shonen Jump sports series (after Kuroko no Basket).

A Nosedive In Popularity /Next to Get Cancelled

I've already mentioned this before but it looks like Kurogane has been knocked down considerably in the Table of Contents and with unimpressive sales to speak of, it's one of the series that's most in danger of ending in the next serialisation cycle. Kurogane may be out of the woods for now but there is no telling what will happen if the story doesn't pick up the pace and become more interesting as a whole.

Other than Kurogane, it looks like it's the end of the line for magico, which has been hanging around the bottom of the Table of Contents for weeks now and hasn't seen extraordinary sales to save itself with. I can't say I'm sad to see magico go, mainly because the story has declined and it's a pity because Iwamoto-sensei's art is fantastic (especially the cover of the volumes) but I do think that he should start thinking about his next series for which my expectations will be higher. I should add that he is also one of the youngest mangaka currently writing for Jump and that this was his first series.

Finally a little bit about the anime adaptations of Jump manga.

From what I can see (colour pages, biglobe poles etc.) Kuroko no Basket's anime has proven to be very popular and has even boosted the manga sales to the point that it's in the top 10 best selling manga of this year (thus far). The same can't be said for Medaka Box, which hasn't really proven to be exceptionally popular as an anime and has received almost no focus unlike Kuroko. 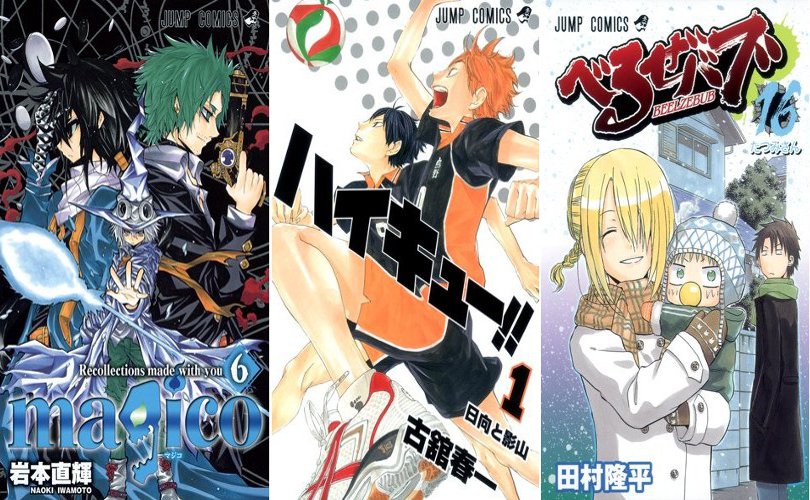