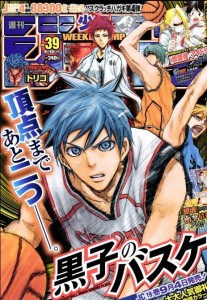 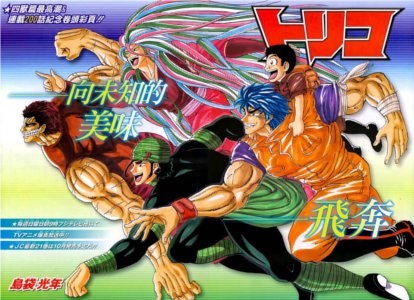 In this issue of Weekly Shonen Jump: Kuroko fails to build upon the momentum it's been gaining, the Big 3 have good chapters yet again and Beelzebub really steps up it's game!

This issue also marks the first Table of Contents (ToC) ranking for Assassination Classroom. It got 2nd place for it's first chapter! Now let's start the review:

I hate using abbreviated text language, but I think no better phrase than OMG can be used to describe this chapter. Finally after all of this time we have progressed to the point in the story where Tobi's identity will be revealed, a moment which everyone has been waiting for the most. Still I feel a little uneasy.

This feeling of unease comes from Kakashi pondering if the man with the same sharingan as him could really end up being his late friend Obito. I really don't want that to be the case because it seems like the easiest option available. Also, because a lot of people have been speculating this on the web, it's become an even worse option.

Other than that one point, the rest of the chapter continued on doing what it does. It's been great having all of these action-packed chapters featuring Naruto, after all we had for weeks were the Uchiha brothers and that got boring quickly. The action was good and even at it's predictable stages (mainly towards the end) it was still exciting.

Ending with Naruto smashing Tobi's mask, recaptured some of the supsense and anticipation I used to feel back during the Pain Invasion arc so I'm glad to see Kishimoto-sensei can still provide us with that same feeling on occasion. Good show from Naruto! 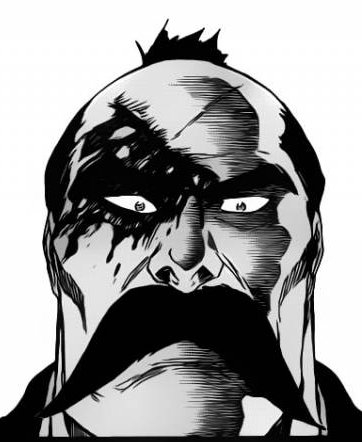 I never thought it was necessary to have a flashback chapter for Commander Captain Yamomoto but that didn't stop from enjoying it.

Much like many other chapters of Bleach, this chapter showed of Kubo-sensei's ability to make a 20 page chapter feel like a 5 page one. Basically: it felt short, not much got done and ended in an awesome manner. That may have been a little too shallow, but that's the gist.

I suppose the best part about this flashback was that we got to see why Yamamoto has rushed into battle so carelessly. The man who reprimanded his captains for not following out the orders from Central Room 46 would seem like the last guy to lose his cool but he did because it involves his former vice-captain.

This chapter may not have done much progression but it's the first one in which Yamamoto has been shown as an emotional being. Getting him pissed off was the cherry on top at the end, when he literally burns his opponent down to the bone. 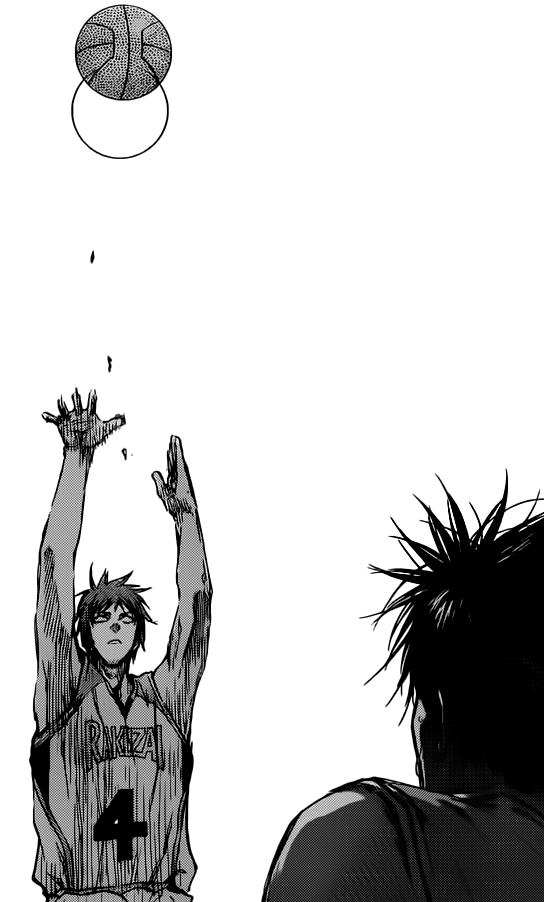 I have no problem accepting Akashi's special skill being his amazing eyes. This is not a new idea and has been used in shonen sports series before this one (it's even the special skill of the main character of Kurogane) but the presentation of Akashi's power made this look like a special technique from a battle manga.

Starting with Kagami being pushed down, Akashi got built up as quite the formidable opponent but again this was in a way more suitable to an antagonist in a battle manga. I didn't really think that he was badass at any point in this chapter but it did make me feel that he is definitely the final boss for Seirin face. If the Kagami incident wasn't enough, him completely dominating Midorima and Takao with zero effort definitely puts him at the top of the KuroBas food chain.

When you also consider that none of the other main players on the Rakuzan team (the Crownless Generals) have had to display any of their special skills. Even Houtarou, the guy who did, only showed off a fraction of his power with more in store if the situation should require it.

Whatever we did see of Akashi was overwhelming, and his power would probably be best described as the Sharingan of the KuroBas world. Luckily this does mean that no more ridiculous skills should exist (I may be wrong) but that could be corrected by the skills of the two Crownless Generals we haven't seen.

With this chapter it looks like the Rakuzan vs Shutoku match will come to a close soon and then swiftly progress to Seirin vs Kaijou and then probably Rakuzan v Seirin. A formulaic progression but I do hope it's handled better than Akashi's character build-up.

It's surprising how it's easy to make such a good chapter out of such an obvious plot direction.

I don't know how many times I've thought to myself how awesome it would be to see Furuichi actually kick some ass. He's been the weakest character in Beelzebub for some time, so making him one of the strongest was a pretty obvious move to get more comedy. Didn't stop it from being awesome though.

What makes it funny isn't the reversal itself but rather because of Furuichi's character and him always being at the mercy of others. The way he ended up reacting after he acquired the powers of this demon were just as I would have imagined it, maybe even better.

It looks like we're headed for another filler arc folks! But this time the main difference is the quality. I can already see this becoming a much better filler arc than the demon painting one that just finished. Even though I enjoyed the previous arc, it ended in a very average way and throughout it's length it didn't give Himekawa as much focus as he deserved.

Now about the idea of Furuichi as a main character....... I love it! I might miss the comedy he provides as a side character always getting the short end of the stick but I do want to see him provide laughs by not having to rely on his role as a secondary character who uses wise-ass remarks.

Probably one of the best chapters of Beelzebub this year. 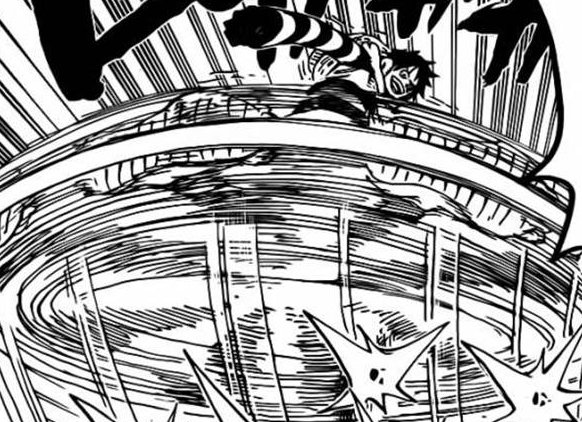 The most memorable part about this chapter was: Luffy's Gomu Gomu UFO attack (pictured above)

Not much going on in this chapter which is a little disappointing after the reunion in the last chapter. It seems like the gang will split up now from Smoker and the G5 marines, which brings back memories of Alabasta yet again but this time in the New World.

The only other memorable thing in this chapter besides Luffy's new and ridiculous move was Zoro telling him to take things more seriously. It's expected of Zoro's character to be the more mature and down to earth one in the crew, so his statement to Luffy about the New World starting here served as an appropriate reminder to take things seriously. It may have also hinted that Luffy wasn't taking things seriously, seeing as how he got imprisoned by Ceaser but that was all his fault.

With the division of the three forces, it's probable that this arc's conclusion still has ways to go. Smoker has to take on Virgo, Luffy has Ceaser to deal with and the other Straw Hats and G-5 marines have to save the kids. It's possible that with this division we will have to sit through each group's chapters until the end which is pretty standard practice for One Piece.

I'm still questioning the ending.......I don't know if it was intentional/intended as a joke to end it with Luffy's new move called UFO (in the raws it written as UFO in capital English letters) or it was just random. Either way it was a less than stellar way to end the chapter. The chapter itself wasn't all that amazing but it served it's purpose as a transitional chapter. 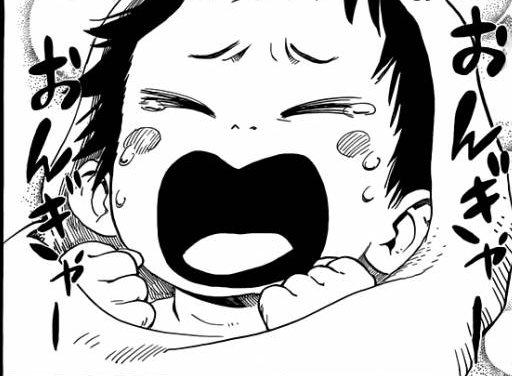 Bulge begins it's wrap up with a generic flashback episode.

The contents of the flashback could have made for a decent story and explanation for Black's behaviour, if the manga would have lasted longer. As clich as Black's reason for becoming evil was, it went hand-in-hand with the family theme that has been preached by Astro since the beginning of this series.

The revelation that the Prince whom everyone thought was Bulge was just a dark energy creation didn't sit well with me. It might have been the combination of this and Astro being the true prince that made my eyes roll, but Black's background story was as boring and generic as you can get.

I don't see any reason why Tico had to show up again and what's more she came to fight against Black. Putting aside the reason for this being a rushed ending, I don't think there is a reason for her to show up after her father begged her not to. That and this really hurt Astro's chance of "recruiting her" after he saves her.

Two chapters left for this series, so let's see how it ends in the next two issues. 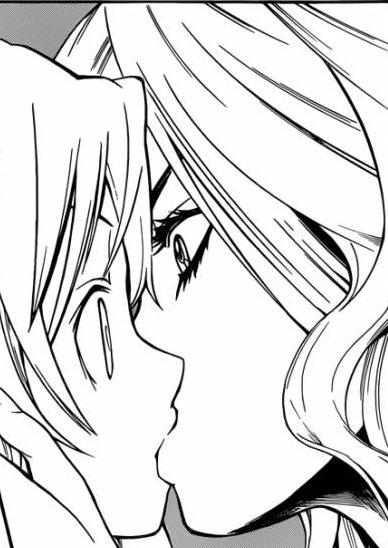 Eight weeks later and this comedy series managed to snag itself a second place ranking! Not bad right

This was definitely one of the more interesting chapters of Assassination Classroom but not because of the content. There was nothing new here but the way the new character was introduced gave it a different feel; more ominous and serious than what we've seen before.

The new character, Irina Jelavic, brought some humour and hatred to the series. With plenty of jokes stemming from Koro-sensei's obivous infatuation with this woman, the jokes didn't feel forced but instead more natural than I was expecting. In this respect Irina reminded me of Bianchi from Reborn!'s earlier chapters, a character that added humour but at the same time could have more to offer.

My hate came later on when Irina revealed her true character. Funnily enough, having a character you want to hate be someone who's trying to save the world works quite well. In Irina's case, her attitude and demeanour automatically made her a detestable character and I don't mind that. Since there has not been a character I've hated, I don't know how this will affect the story's progression but I'd like to see how the dynamic is or isn't changed and if the story will change at all or remain the same.

This arc could end in a predictable fashion with Irina genuinely falling for Koro-sensei but it's best not to dwell on that and just enjoy the ride.

Naruto's chapter was good but it was something I've been expecting for a while so somewhere in my mind I thought 'FINALLY' instead of being in awe. Beelzebub's chapter was quite hilarious and something I want to see, so it's definitely my favourite one this issue.

I'm still annoyed with the way Akashi was presented in Kuroko no Basket, making it the worst chapter in this issue of Weekly Shonen Jump. There is no runner-up, since the only other chapter I wasn't fond of was One Piece but since that's a transitional chapter it's not really as fair to judge it as harshly.

Pajama na Kanojo will also end in the this issue of Weekly Shonen Jump, with a total of 26 chapters.

PLEASE NOTE: This is not 100% confirmed (except for Pajama na Kanojo).