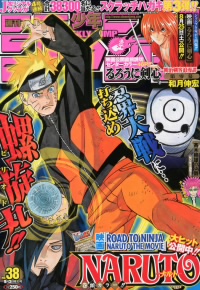 Here's how it went down:

Words cannot describe how awesome this chapter was. 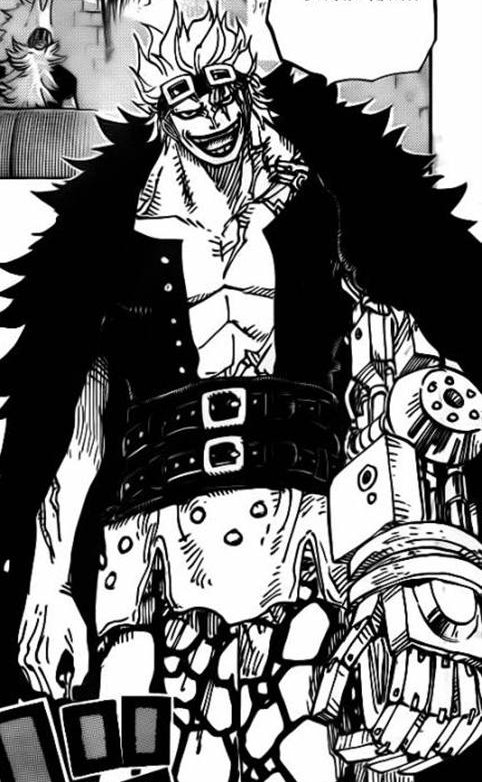 Finally getting to see not only KIdd but also Hawkins and Apoo was definitely a treat and a bit of a surprise. Scratchmeen Apoo was probably the most unexpected appearance out of all of the Supernovas since the last time we saw him and his crew, he was being chased by wild boars. Kidd looks like he's had a harder time than the others, but that is to be expected when your notorious in the New World for constantly

The new bounties were also a nice dosage of much needed information:

Remembering that Jinbei told Luffy how hard it is to get your bounty higher than 400 million, Kidd's bounty still shows how much of a threat he poses to Luffy in the future and I'm guessing Basil Hawkins has been somewhat complacent in the New World if his bounty is lower than Apoo's.

The biggest shock was definitely the alliance. I'm pretty sure that up until now we've been lead to believe that Kidd is floating around the New World like a boss, but it looks like the Yonkou are still miles ahead of him and the other supernovas.

The prospect of an alliance between Kidd, Hawkins and Apoo is quite exciting though, because there is possibility for a fight between the two alliances. On the other hand, I'd like the potential fight to occur at another time and not right after the Punk Hazard arc.

Getting back to the rest of the chapter, it feel like the arc is winding down. I like how Smoker was cornered into helping out the pirates, unlike in Alabasta when he did it out of his own free will but at the same time seeing him team up with Luffy and Law has got me excited. In the end it looks like Ceaser's time is up and with the reunion of the Staw Hat's the next few chapters should be a nice conclusion to this arc. 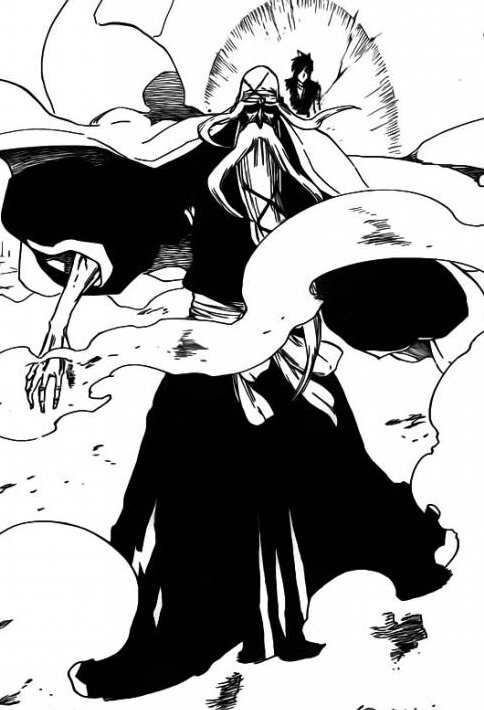 I'm sure we were all annoyed that Bleach didn't show up in Issue #36/37 but with this chapter I'm willing to forgive Kubo-sensei for coming down with an undisclosed illness just in time for the break.

I'm not surprised that we didn't get to see Kenpachi do all that much because the style for the whole arc has been to introduce people and then shift the focus. That didn't stop Kenpachi looking stronger than ever by littering the battlefield with 3 Stern Ritter, which took him "a little while." I'm glad that Kubo hasn't diminished Kenpachi's sterngth at all, since his name was the first that popped into my mind as the solution when the Quincy started stealing bankais. I really don't want to see him die, but because of all the death I fear Kenpachi's attack on the Quincy King may be the only rational way to kill him off...... If he goes I might seriously stop reading Bleach. Seriously.

Luckily the chapter didn't stop there. We briefly see that Ichigo's still trapped and then swiftly move onto the other main attraction: Commander Captain Genryuusai Shigekuni Yamamoto. Granted, it's not his first appearance on the battlefield but he didn't do that much in the fight against Aizen (comparatively speaking). He hasn't got Ryuujin Jakka but as it has been pointed out many times that you don't get to be the strongest Captain in Soul Society for a millennium without having some more tricks up your sleeve. I really want to see him destroy the Stern Ritter he's facing and take down a bankai without a sword; should have pointed out that this seems ridiculous that the Quincy have the ability to use stolen bankai's.

Solid chapter from Bleach, with promise of more good things to come. 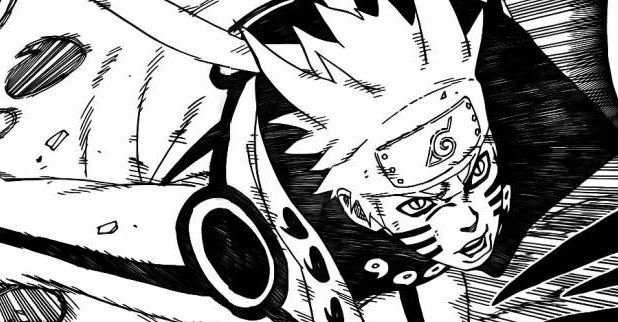 I'm all for long-winded explanations....That's a lie.

It took 7 pages for Kakashi to fully explain Madara's technique. I'm pretty sure it could have been done in 3 because funnily enough, it's not that complicated. This part of the chapter bored me and almost made me go on a rampage against Kishimoto but then came the implication of the technique: Kakashi and Madara are connected by the same Sharingan!

Just for the record I really hope this doesn't mean that masked Madara is really Uchiha Obito. The possibility pisses me off because all the times I read people speculating this on various sites, I laughed it off but now it's a genuine possibility. It doesn't make all that much sense, seeing as how Obito's other eye was crushed and I'm sure that Obito was never the type to want to trap others in an infinite illusion, which gives me hope for Kishimoto-sensei's common sense.

Now that Naruto is well informed about his masked opponents power, it's about time the fight be taken to the next level. The added touch of having Kurama validate naruto and tell masked Madara was more heart-warming than I would have expected, which gave a chapter a typical yet still good shonen ending.

Overall, it was good. I liked it for a non-action chapter. 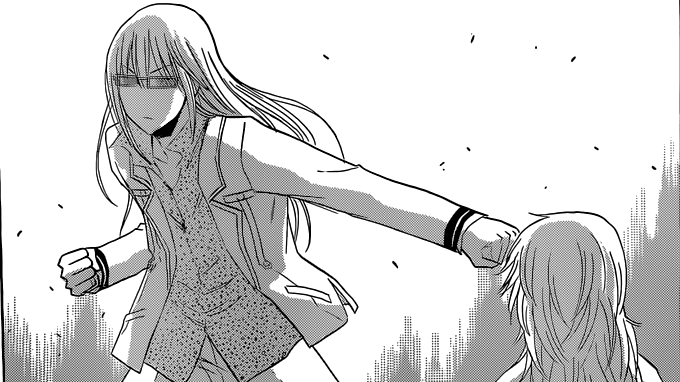 Mixed feelings about how the arc concluded.

I'm glad that Himekawa hasn't killed off any chance of romance for himself in the future with his fianc e Kugayama and the way he handled it was oh so Himekawa. Nevertheless, the rest of the chapter was a bit boring and most of the interactions between Kugayama and the male characters of Beelzebub were riddled with cheap humour which barely got any laughs out of me.

Now the Demon Painting arc is over, I'm getting sad just thinking about how much less we'll see from Himekawa (him being my favourite character and all) but the return to the main story seems long overdue. Hopefully next chapter starts off another good arc, with less focus on comedy and more on the story.

I think the best phrase to describe this chapter is "cheesy yet enjoyable."

Sure having a moment where the ace of a team gets riled up at a comment about his less talented team-mates fits the description of typical shonen sports series but it's a plot device that makes you feel all warm and cuddly inside as long as it's executed well enough.

What made this clich even better was that it came from Midorima. He's a character who we haven't seen interacting that much with his team (with the exception of Takao), to the point where you could easily assume that he didn't get along with them. Of course this was never brought up or confirmed since we never saw much of Shutoku in the manga but I always thought Midorima didn't care that much for his team. That was until this chapter popped up and took care of that assumption.

I'm a little annoyed that Kotarou's (the Uncrowned General) noisy dribble hasn't been explained. At this point in the story you can only wonder what new shonen sports move could be used to explain the logic behind an insanely noisy dribble.

This chapter was good, but what I'm really looking forward to is next chapter. Why Well seeing Akashi in action is something I've been looking forward to a while now. Hopefully we'll find out more about his special skills from next week onwards, which should be pretty ridiculous if he's confident enough to take on Midorima alone; where a double-team and 2 Uncrowned Generals have failed. 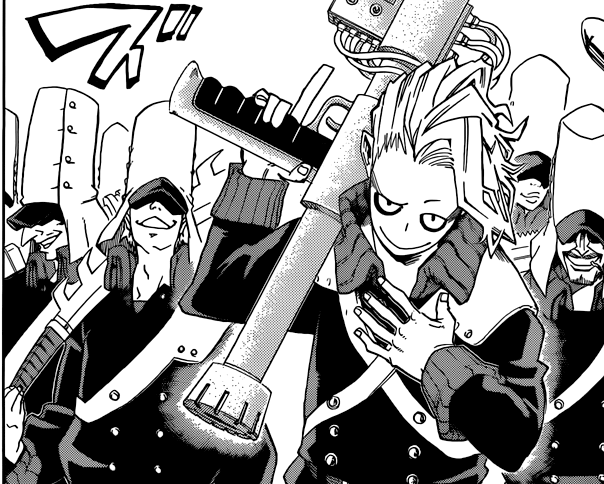 It's becoming hard to blog about this series. Barrage has become awkward ever sine it's attempted to pick up the pace in order to avoid being axed. With this change of pace, my enjoyment of the series has declined.

Excluding Mr. Black's premature appearance, the main character certainly hasn't helped the story. I would have thought that by now there would be some change in his behaviour to make him more likeable but unfortunately I still find Astro to be an annoying main character. Out of all the Weekly Shonen Jump protagonists he's definitely one of the weakest (possibly THE weakest) and not just in terms of physical strength.

The rest of the chapter played out pretty much how most of us could have guessed: confrontation, leading to Astro's denial and Tiamat's incapacitation. With this predictability, the best part of this chapter were the pages in which Tico showed up and pondered her role in avenging her parents.

It's sad to say this but Barrage's days are numbered.

By now Assassination Classroom has settled into a cycle in terms of story. This chapter is solid proof of that, seeing as how it follows the basic episodic formula that has been used until now with the exception of Karna's 3 chapter arc.

Another character was introduced and when that happened I was a little shocked. The character herself wasn't a shcoking introduction but the way she was reminded me of the O-ren Ishii's animated introduction in Kill Bill. Even with my hunch that this female character will end up falling for Koro-sensei, her introduction remains darker than the manga has been thus far.

I'm curious yet eerie about this new character and of the overall direction in which this series is going. It could potentially pull off a Reborn! (with the story having some similarities and all) but for the time being it hasn't done anything exceptional.

Runner Up - Kuroko no Basket

I don't think I'd have to justify why One Piece was the best chapter, seeing as there was so much going on. Kuroko no Basket came in a close second. Even though it was a pretty stereotypical shonen sports chapter it was because of Midorima who was a very fitting character for the dialogue.

It was actually pretty easy to decide why Barrage was the worst of the lot. Choosing a second worst was hard seeing as how the chapters in this issue were very good but Beelzebub did draw out the ending of this arc a little too much. Naruto was also in danger of being a runner up for the worst chapter but redeemed itself with the second half of the chapter.