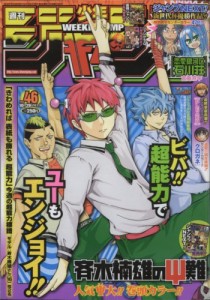 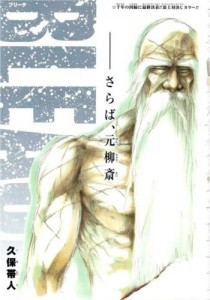 Here's how it went down: 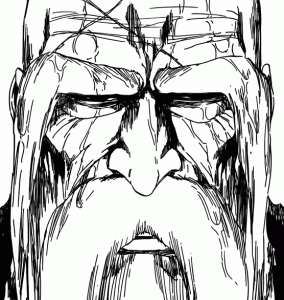 Words cannot describe the sadness that I felt when Yamamoto hit the floor with his body cut in half. As sad as it was as a moment in Bleach's history, it was a pretty fantastic way for him to go out: swinging until his last breath.

I couldn't help but be reminded of Whitebeard's death in One Piece, which just shows you how memorable and fitting this death was for a character like Yamaji. A harsh yet fair man portrayed as a hero who refuses to go down without a fight is....well..clich but had he not died in this manner I would have been quite pissed off. It also felt right to address why he was still missing an arm, just for clarity's sake (we knew it was honour) and what's more the single panel with his sad face carried so much emotion, all I could do was feel the pain and sorrow of his departure.

Will Ichigo finally arrive onto the stage It is certainly possible, but a part of me wants to see Urahara appear with whomever was pointing a sword at him. That preference might be because speculation exists about the character being Grimmjow, one of my favourites though I also believe it'll become more difficult or less meaningful to bring up that part of the plot later on.

Before I forget, there was also mention of Squad Zero. Now this has been my particular interest which I hope to see before the series ends and was mentioned way back in the "Turn Back the Pendulum" arc. I'm glad that Tite Kubo is cover all of his bases. 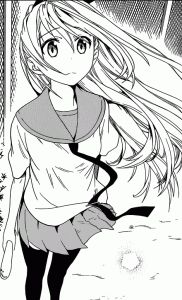 I know I have talked about this series wrapping up for the past few chapters but I really do feel like this chapter is signalling the beginning of the end for Nisekoi.

With no comedy and all romantic development, I'm ready for the story to reach some kind of conclusion even if it does feel like I won't see Raku end up with the girl I like most. The comedy will be missed from now on, but I'm not entirely sad because when it wants to, Nisekoi can have some splendid moments of romantic development.

Yet again all the focus was on our main love triangle and now they have to do a Romeo and Juliet class play. A more than appropriate development in this plot, and a similarity I actually pointed out in my introductory review of Nisekoi way back when. It just feels right that something like this will force the choice and inevitably the conclusion of Nisekoi, but in the meantime I'm loving the change of character on Onodera's part.

I've been informed that this chapter may remind people of Ichigo 100%'s ending, which seems fair enough considering the slight similarities that these two series hold. I actually haven't read the series mentioned, so don't hold it against me if I'm wrong, but Jump series tend to have elements that other authors recycle in their works.

This arc has officially started to be uninteresting for me.

Well, it may have started earlier and I might be slightly exaggerating but truth be told it was this chapter that made me confused as hell and allowed me to realise how little I care right now for One Piece. Main reasons Just one really: this has become quite the hot mess.

I don't mind when there is a lot of discussion and strategic talk in anime and manga but I don't care for it when it becomes too confusing like it has in One Piece. The series has always prided itself in having shifting focus and having the characters split up during each arc and this has been mostly good. We got to see a lot of fight scenes, there was splendid moments of character development and it was interesting for the most part though now it has gone on for long enough and the lack of action has made this dull.

Looking back, I found it hard to remember what when on in this chapter and wouldn't revisit it until it was animated and was easier to understand. I will say the whole plot with dragons has been fun, but even that is growing old and become less excitable as time is going by. 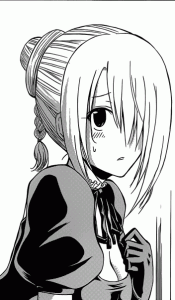 Did Beelzebub get even more sentimental on us Only for a little while.

The heart-warming yet hilarious end to the "Furuchin" arc was lovely and made me smile throughout it's duration, but unfortunately I lost my smile as soon as I got to the end of the chapter. Before the end it was all fun and games with a hint of real emotion thrown into the fray but the end was a moment of intense eye-rolling.

Some may have seen this arc as a waste of time and an attempt for Beelzebub to extend its run for just a little while longer but for me this upcoming arc fits that description better. There is an expectation that Beelzebub has a set pattern of 1-2 arcs of comedy and then some plot advancement (as of late), so a back-to-back set of comedy arcs isn't bad but a comedy arc based on something we've seen before seems a little lazy. On top of all this, a part of me can't be sure that this isn't an attempt to get some more votes by giving us a kawaii Hilda for the next few chapters; it just seems like a popularity boosting tool more than anything.

Not an impressive transition from the previous arc to this one if you ask me. I wouldn't have minded another comedy arc but this one just doesn't excite me. There is a chance for it to get better of course, but this was not a happiness inducing start.

The flashback continues......... I don't really what else to write, so forgive me if this comes out as random ramblings strung together to make some kind of sentence,

I appreciate finding out about the origins of Kakashi's Mangekyo Sharingan at the most basic level. There wasn't much interest to begin with since it was always implied that Rin's death occurred next to him in order for that to happen. Am I surprised that it happened after he killed Rin Not at all, it's a very obvious move.

The predictability of the plot is definitely putting a damper on things and lessening any leftover appreciation for what has been going on recently. Obvious isn't necessarily bad, but when it's combined with a weak plot point - Obito's reason for becoming Tobi - it makes you want to send hate mail to Kishimoto-sensei.

There isn't really much to say about what could have been better, since this part of the arc is a lost cause in my eyes so instead I'm going to give a prediction as to what will happen next: Kakashi will explain the misunderstanding surrounding Rin's death to Obito, which will then be followed by Obito calling him a liar and denying any truth in his story. 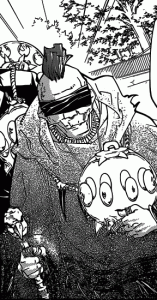 The end of the arc was a little too happy for my liking and something I'm not happy to see from reborn. Whilst this series may have had its more shonen-esque happy moments, I would have liked to see a rarer moment of darkness that Reborn! can pull off on occasion.

The explanation given to us by Checker Face was also a weak link in the story. Aliens have now been included in the chaos that is the Reborn! story and that's just a little sad because it makes me want to continually roll my eyes until I read the next chapter. Aside from being a ridiculous story, Checker Face's explanation got lost in all the other events happening in this episode, thus rendering it very useless.

The arc's end might mean we're entering the final stages of the series as a whole, though because it was so confusing it is a little hard to predict whether the end is in sight. There really isn't much left in this series that can be explored so I'm assuming the next few chapters will set some type of goal for the manga to accomplish.

Okay, this is getting ridiculous but oddly it makes sense.

Now that Kise has stepped up onto a higher playing field, it makes sense for Kagami to face him before facing his ultimate challenge that comes in the form of Akashi and the Rakuzan High team. My only concern is that Kise has been made too powerful.

It was a little hard to believe that Kise now has Akashi's eyes as well, which made this chapter a little worse off. Whilst a lot of the other things in Kuroko no Basket don't make much real sense, this one takes the trophy in the nonsense category.

In terms of boundaries, this is going over the line by being too ridiculous. A pity that Fujimaki-sensei didn't think this one through carefully enough and this may make me loose interest in the series if it doesn't do something decent with this new plot development.

One thing I did appreciate was the atmosphere of friendly rivalry that continued to be projected in this chapter. This match is a little different from the others so a part of me was very happy to see it continue because it brings me some unexplained joy to read.

Bleach has been good and this well timed death followed by more developments hits all the right notes for me. It may not be the same insane quality of Aizen's defeat but its doing a decent job.

Naruto and Reborn! were both so dull and predictable. Naruto's poor performance wasn't surprising and Reborn!'s choices with the plot as well as the sheer happy ending feel of the episode put me too sleep.