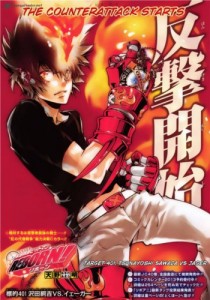 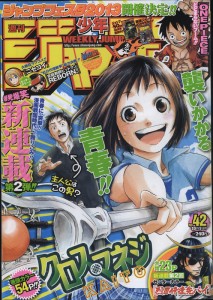 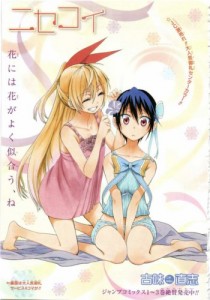 Weekly Shonen Jump Issue #42 marks the start of a new series entitled Cross Manage and we have another nice colour page from Nisekoi. Not a memorable issue, but the chapters for most of the series were solid so not many complaints either.

My feelings for this chapter were kind of meh...... I don't have complaints but I'm not about to be singing songs of praise.

As of late Naruto's chapters have started feeling shorter and shorter, and so did this chapter. That's not to say it was uneventful; on the contrary, a lot was going on in this chapter that I was surprised at how short it felt. Now that Madara has taken down the 5 Kage, the question on my mind is if Tsunade will actually sacrifice herself to save them It would make some kind of sense for her to give up her life, mostly because Naruto could finally be Hokage, but a part of me would question that decision. Even without numerous appearances she's been a valuable character for the series.

The chapter did indulge in some action before ending, although that was only to show the powers of the most powerful Uchiha in existence (until Sasuke claims thethrone) and to knock Naruto's power down a level or two. I'm not sure I was convinced any more than I already had been of Madara's powers from his fight against the 5 Kage but I guess since the battle was a while back, this was a nice reminder for some.

Now the end of the chapter was......well I'm guessing the intro to another flashback.

Of course this is one of the more important flashback sequences of the series and should certainly be more worthwhile than say Kabuto's. If you have any complaints about the flashback, just remember that this is Naruto - the king of flashbacks! 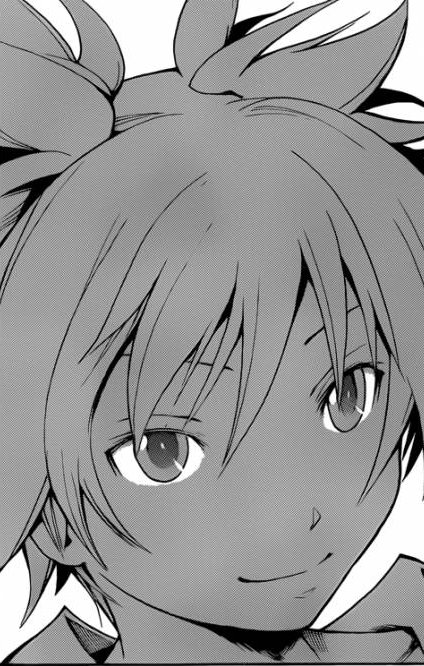 For what it's worth, I think the series is finally developing into something more than just a string of one-shots.

This chapter was all about Nagisa (at least for me), something I've been waiting for. With no set main character for the series, it's often easy to forget that the story is told from Nagisa's point of view but that's more narration than main character. Nagisa might not have had an overwhelming role in this chapter but it was definitely enough to make him stand out as one of the more memorable characters.

Finally the issue of discrimination was brought up. This has been something that's been touched upon in previous chapters and I've liked how it wasn't made into a big deal but now I can see the potential for it to become an important part of the plot. With this being put into the limelight, we not only got to see Nagisa act completely badass but we also got a new antagonist. Granted, we're introduced to new antagonists every few chapters but that's just Assassination Classroom's style.

I really liked this chapter. It gives me hope for the series.

It's finally here, the moment we've all been waiting for! Yamamoto's bankai.

Now after your done jumping up and down in excitement like I was, no one can refute the greatness of this chapter. Putting aside how awesome it was to finally see Yamaji's bankai, it was even better to see him completely overwhelm Jura Bach.

If we consider Jura as the final boss of the series, not to mention Yamamoto's rival, it only made sense that he would be this strong. I had some worries about Yamamoto's bankai being stolen straight away but the fact that it was soo powerful that it couldn't be stolen made me that much more giddy. Knowing that this can't last is a little sad but I'm seriously enjoying this while it lasts because I'm guessing Ichigo will end up saving the day (much to my dislike).

For the past 4 chapters (including this one), we've been given a lot of focus on Yamamoto and luckily for us, it has gotten progressively better. In a way the lack of information about him until recently was a blessing in disguise, since now we're able to see something new revolving around him every chapter and this one is definitely no exception.

Another good chapter from Bleach but now I'm sad to think about this ending; Yamamoto's story, not the series. 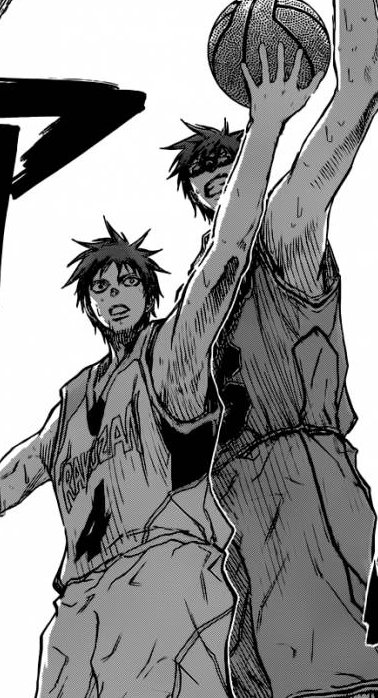 If Akashi wasn't scary until now, with this chapter he has started to freak me out.

Up until Akashi has been mostly arrogant (or confident to some) character. Not surprising since he seems like the least physically skilled out of the Generation of Miracles yet managed to become their captain and as a first year he's leading the best high school basketball team in the country.

It wasn't until he shot an own goal and then offered to gouge out his own eyes that I came to fear him. Not joking. The imagery alone of Akashi gouging out his eyes was terrifying enough and was even backed up by Kagami's belief that he would really go through with it. If that wasn't enough, as he managed to calm his team mates, we got another insight into the vast powers of Akashi Seijurou.

I feel sorry for Midorima because I do believe Akashi won't let him touch the ball any more but having Shutoku's thunder snatched in this chapter definitely added some unexpected enjoyment on my behalf. It reminded me a little of how Seirin struggled against Touou before they lost but this time there was more sentiments of impending doom.

Overall I'm happy to see a new yet possibly short-lived antagonist appear. Haizaki Shougo's appearance was too short for him to become a series antagonist but Akashi's has been mapped out over a nice period of time. He may not really be an antagonist but he's definitely the most detestable character right now. 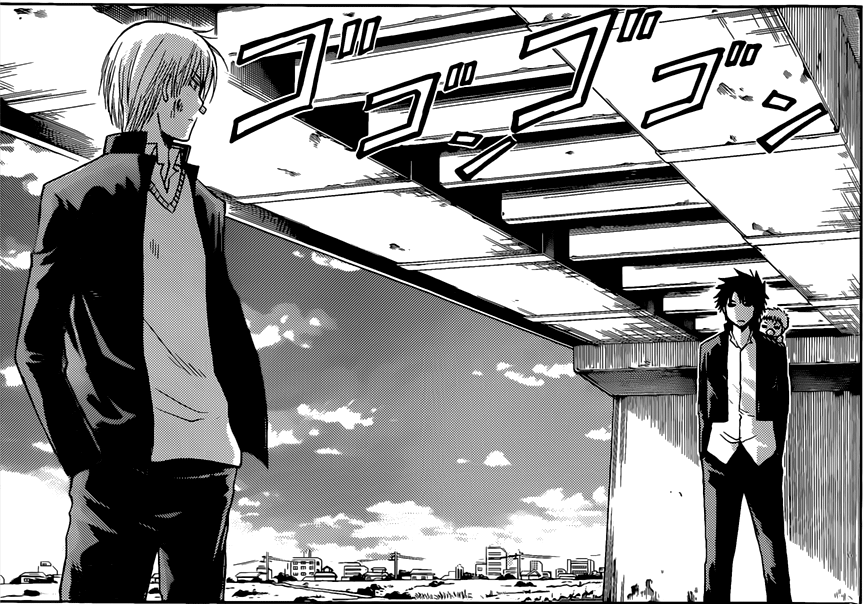 I still really like this arc but I don't have much else to say about it.

I guess all I can say about this chapter is how happy I am to see Furuichi work up the Ishiyama High food chain in a matter of a few hours. In a way it's mocking Oga, who took some time to beat TKKH (not much but still) before he was made top dog, and now his closest and weakest friend is challenging him.

Do I want to see something ridiculous like Furuichi beating Oga Maybe..... I guess a part of me does want to see Oga suffer a little just because he rarely struggles in fights. It's probably not possible for Furuichi to accomplish this seeing as how Oga's already triumphed over the 34 Pillar Guards who are providing Furuichi with the power but was it just me, or did Beel look a little more scared than usual

It's sad to think that this arc will probably end with the next chapter and I would love to be proven wrong. For the meantime, I'm going to hype myself up for the upcoming Furuichi v Oga showdown!

Trafalgar Law, I salute you. Officially one of my favourite characters of all time and not just in One Piece.

I was left in awe after it was revealed that Law has some seriously dangerous plans to get a lot of people involved in some crazy ass shit. Law was always devious but with this move his proven himself to be one of the most dangerous pirates out there and possibly the deadliest of the 11 Supernovas. He hasn't been as ruthless as Kidd but his calculating nature and ambition have made him very dangerous.

As I said, because of how cool Law was in this chapter I couldn't care less about anything else that happened. With no serious fight happening between Luffy and Ceaser (mostly because of Ceaser), it was hard to care about the few body blows they each landed. It felt more like a gag fight than a confrontation between the main hero and this arc's evil villain.

Luckily Sanji and Vergo's fight started off on a higher note and may lead to progressive levelling up for both parties to fight at full strength, though I'd have to question that with everything that transpired here. Honestly, I'm more interested to find out what's in the SDA room which Law casually wondered into than who beats whom up.

Lazy action but a sick ending for One Piece this time round. 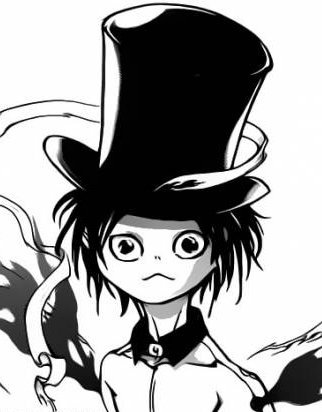 Wait, what ! A new addition to the Weekly Shonen Jump Issue Reviews Yes it is and whilst many have issue with this series, I happen to think it's not bad. I admit it's not the best series out there but it's most definitely not the worst.

Just like One Piece, this issue's chapter of Reborn! had all of its twists come at the end. Although I should probably mention that this twist was distinctly different from One Piece in that it made me laugh! I mean, really ! That's what Bermuda looked like when he was normal !

You might have to excuse my shock but given that Akira Amano's art makes any male lead in a shoujo manga/anime look geeky, I wasn't expecting such a funny looking character. That was the biggest surprise of the chapter, considering how everything else that happened was pretty much expected; well maybe Bermuda suddenly jumping in was a little unexpected, seeing as how he was never a normal Arcobaleno so I didn't think about his adult form until I saw it.

With Bermuda entering the fray, it's becoming a little more exciting to see how the fights will progress. Essentially Tsuna is at the top of his game but Bermuda has been a mystery character for quite some time now and may have some pretty ridiculous powers himself. Something tells me that now will be the time for Tsuna to take down the most dangerous character of this arc without relying on Reborn. I say this because Tsuna is fighting on his behalf, so to have him rely on his tutor seems like a failure on his part.

Bleach may have shown me something I've been waiting for but it was Assassination Classroom that I found most enjoyable this time round. It was definitely because Nagisa did something as opposed to being the wallflower he usually is.

Runner Up - One Piece

It doesn't feel right to award a worst chapter since it's more accurate to say most boring chapter. One Piece was a little dull but saved itself with its ending and Naruto just didn't do anything for me, hence making it the worst of the bunch.

Final Notes: Yay for Haikyuu!! Now if only the scans could catch up. Apparently Koisome Momiji's scans are now up to date but I don't have any interest in adding to the review just yet. It's pretty average if I'm being honest