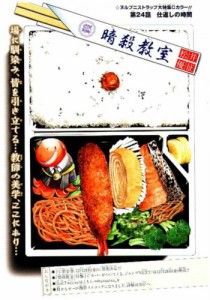 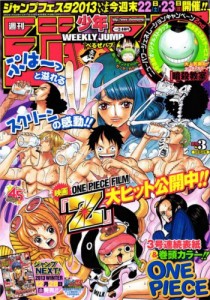 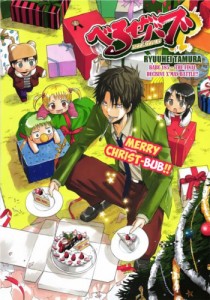 Sorry this is late, but you may have noticed my mention of technical issues.

As the New Year, the series of Weekly Shonen Jump seem to be coasting. Not entirely to blame, since I too have a lot going on this time of year and would at times neglect reviewing these manga. For the first time, I'll also review Shokugeki no Souma. Anyhow, here's how this issue of Weekly Shonen Jump went down. 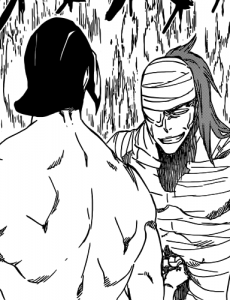 The words you are looking for are "HOLY SHIT."

In some ways an info dump chapter, this is one of the biggest moments for Bleach in recent memory. This chapter was good, but it was two particular moments that made it that way; otherwise it would just be okay, bordering on boring.

Shunsui Kyouraku is the new Commander-Captain of the Gotei 13! What's more Unohana was the first ever Kenpachi. Seriously, I was left speechless and then my reaction for the next hour or so was as follows: "Wait.....WHAT !......Ok......WHAT !"

If that wasn't enough, telling us Kenpachi is about to get even stronger just pushed me over the edge. A stronger Kenpachi is what I've been wanting for so long, and I always hoped that day would come. This is better. Not only will we see Kenpachi become stronger, but in the process we'll learn about the most unknown Gotei 13 captain who happens to be one of the strongest.

Those moments were so strong the rest of the chapter is a blur. Not to say it wasn't interesting, it's just hard to remember with such powerful moments taking over the chapter. Ichigo and Renji healed up and are ready to go onto the next captain, meaning we're going to find out more details about each of Royal Guard captains. A nice idea, that's simple but satisfying for those of us with questions and general interest.

This was such a glorious chapter of Bleach.

This was another nice chapter of Beelzebub, but I'm no longer entertained by this arc.

Bringing back Aiba added some fun to the final battle, however it didn't inspire any genuine excitement. A pity, considering how much I liked Aiba and his arc and if I'm being honest the decision to bring him back felt a little half-assed.

This arc has been stagnant for a while and a little too long. Unlike Furuichi's arc, which was the best one of Beelzebub in a long time, this arc hasn't done much for me. Its inconsistent pacing and over-reliance on the same set of jokes has gone on for too long, and is now too stale.

The fight was.....meh. Usual action with almost no reason, much like what we usually see. One big difference: a lot of times, there is an entertainment value or purpose to the action, which there isn't here.

In the end, the outcome of the final battle seems very obvious and that'll be another reason why Beelzebub isn't as enjoyable any more. Even when a series is obvious, it can be entertaining by having great execution and other series actually manage to pull this off. 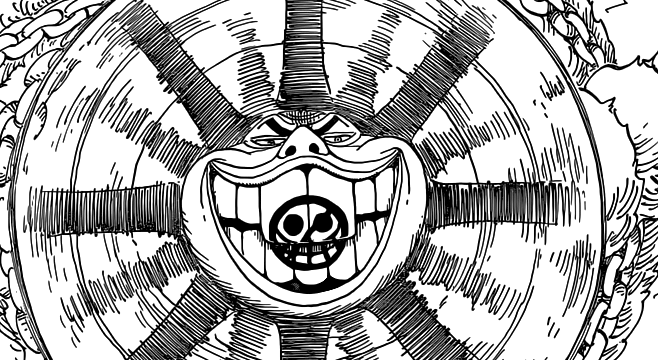 I love it whenever we get some new characters. Nowadays that means they're some pretty freaky looking dudes with some strange Devil Fruit powers.

For once the focus of the chapter wasn't Ceaser Clown. This time we see the subordinates of a certain Shichibukai, known as Joker. Boy are they weird in every single way; personality, looks and Devil Fruit powers. One is a spinning wheel guy, the other a weapon girl.

It was strange to have the chapter focus solely on these two, considering how little of it was memorable. There was nothing about their dialogue that stuck, and it ended up being a little hard to follow. Not good, but considering how much time this arc has taken up with chasing Ceaser, I'll accept the story doing something different.

I will admit that Franky's appearance was surprising. Due to the confusion caused by all the characters running around a complicated maze, it became hard to keep track of everyone and that made it easy to forget about the Straw Hat crew. Franky was lost as far as I'm concerned. I haven't thought about him in god knows how long ago, and I'm not sure I want him to appear now.

Franky's presence is a comedic one. Right now he has to stop the capture of Ceaser or face a hindrance to the plan Luffy and Law agreed to, for which he's not the right character. He's the right character because he's the only one that can survive shinokuni, but getting him to step up and battle isn't something I would have imagined.

Finally One Piece does something new.

Yet another chapter that quickly examines relationships. Lately, Kuroko no Basket has been doing that a lot.

On some level it's understandable why we're getting chapters like this. This match was never going to be a intense read, just the stepping stone on the way to the main attraction: Seirin vs Rakuzan. So if the main match is settled, then what else can you do other than look within the team.

These insights aren't new or shocking, they just clarify what we would have guessed otherwise. Hyuga and Kiyoshi's relationship is the most important one for Seirin because it's one of leadership, carried by these two guys. Unlike the rookie genius combo of Kuroko x Kagami, this one has a subtle presence that's crucial to the team.

The match is being progressed quickly, getting ever so close to Kise's re-entry. As the game goes on, each team member is getting powered which also serves as the long-term build-up to the Rakuzan showdown. It's going surely but slowly.

As we get closer to the conclusion of this arc, I feel little excitement. I don't hate this, rather I'm building up anticipation for the main game after this one and that's what makes it okay. Pacing is just right, even though it can feel slow at times and it doesn't make me hate the series at this point. 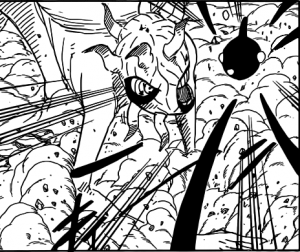 Finally people are dying! It only took endless amounts of revival and last-minute saves to keep mass murder from occurring.

This has been long overdue for Naruto. A series that has always cowered from killing of more than one or two characters, is finally disposing of many important characters. It goes without saying these deaths have one of the trademark meanings to them.

Shikaku & Co. gave up their lives so that the next generation may have a fighting chance against the Jyuubi. Why does that sound familiar Oh well... at least the story is kicking up the pace and the villains are also being built up, in an overly obvious way. I do wish there was some more thought in this fight, but I'll settle for action taking place and forget about the execution for now.

Something tells me deaths will keep occurring. Much like a Dorito, once you start with one you can't help but finish all but a few. A tasteless comparison to killing off characters for sure, but that's just my way of looking at it. on't hate. 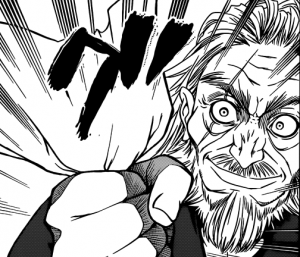 Shokugeki no Souma is a good comedy as much as a school life series about cooking. It's got a competitive setting because it is indeed a shonen manga, and it has just about everything one can ask for from a cooking series aimed at the younger demographic. There is even some detailed explanation for those who want to learn a little more about Japanese or other cuisine.

This chapter signals the start of a new arc and does so in comedic style. As I figure, Souma will team up with that shy girl at the end of the chapter to beat all those rich kids at the first cooking contest. I really like Souma as a character because he adds so much comedy, so I look forward to his interaction with the meek girl with zero confidence.

Final Note: This series may be blogged sporadically like Shinmai Fukei Kiruko-san. 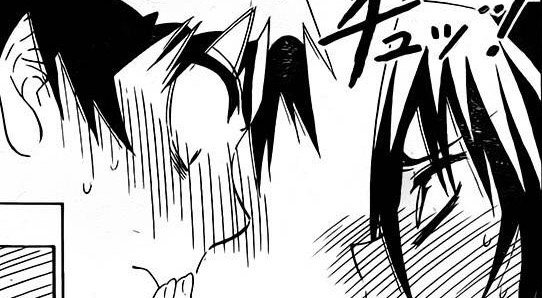 Wasn't that a cute conclusion

I feel sad that Paula had such a short arc. She was a loli character with potential to add more comedy to the series that didn't revolve around the harem or awkward situations. In the end this chapter turned into another Tsugumi chapter, where she has to come to grips with her feelings.

A little deja vu here. It wasn't that long ago we had similar chapter for Tsugumi, and that one was only one chapter. Am I a little peeved You can say that although a lot of that has to do with the long-term implications and not just this chapter.

Nisekoi is starting to loose appeal by extending its lifespan. A commonality for popular series, especially romances which have shorter lifespans. In the end, the series won't go over the 150-160 chapters that are the industry standard but at this rate, I'll end up dropping it if things stay the same.