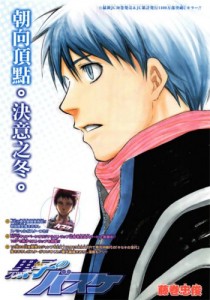 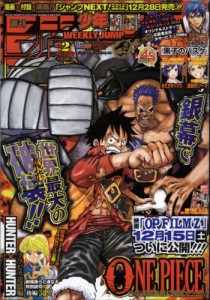 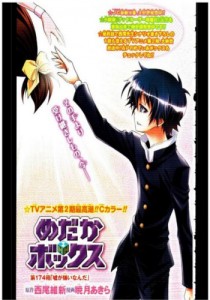 Sorry for posting this Weekly Shonen Jump Issue Review a little late. There will be a post explaining the lateness of posts and whatnot a little later.

Not a particularly memorable set of chapters. Definitely a weak issue of Weekly Shonen Jump compared to the last one. 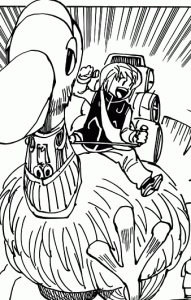 The Kurapika one-shot has now concluded, in a less than fantastic performance.

Certainly not a bad chapter or a conclusion to the one-shot arc. Nonetheless, it was not exactly the best or most exciting Hunter x Hunter can be. For me, a lot of that has to do with the contents of the chapter and the uneasy pacing that derailed all the work the first chapter did.

Unlike the informative and detailed first chapter, this chapter's pacing left little to be desired. The pacing essentially made the chapter feel a lot shorter than the previous one and there wasn't much accomplished in terms of story. Quite boring actually.

All we saw was Kurapika getting angry which was followed by a brief moment of prejudice. That moment was one of the better ones in the episode, though it too could have been more powerful. Piro did end up making a better character than I had anticipated, so for that I'm pleasantly surprised.

A decent performance overall. I still wish Togashi-sensei would get better already! 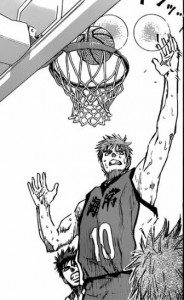 Kaijou were never going to go down without a fight.

Even as they struggle through, Kaijou's team is made up of decent playeres. National players who more than anyone don't want to loose to the same opponent twice, and don't want their ace to be their only trump card. As far as this goes, I'm enjoying it.

Admittedly it may have something to do with my fondness of Kasamatsu. A character who has stood out amongst the regular players, and one of the ones who command attention he definitely maintains his status as the centre of attention in this chapter.

The match is progressing just as one might expect from any other match we've seen. One team is struggling, so they start pushing themselves to close the cap. The only difference now is, that Seirin isn't the underdog but rather the favourite as long as Kise is on the bench, We've already seen the start of this with Kagami dominating in the previous chapters, much like a second coming of Aomine.

Good chapter. Not much to say about it. 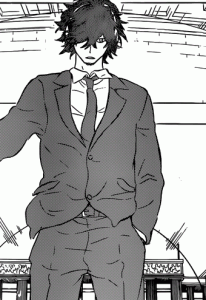 Things sure are getting interesting for Hungry Joker.

If you read the one-shot, you might remember that the organisation White Joker did exist, and I must say I'm glad they have changed it up. White Joker is just like any other organisation made up of the protagonist's brothers in arms, and it looks like they're just as eccentric as Haiji is.

This should make things a little more interesting. That said, I do think that this means the series is venturing further into D.Gray-man territory with potential of further becoming a likeness to the aforementioned series. As good as early D.Gray-man was, Hungry Joker needs to bring its own style and flavour. Not a problem.

I may have drawn this particular similarity many a time, however the series is memorable on its own. For one, the comedy continues to be refreshing and no too over-the-top. Then we have Haiji, who as a main character has a bit of everything I like: battle skill a la Luffy, attitude like Shikamaru/Oreki Houtaro and awkwardness.

Pythagoras' hammer is held by a question mark of a character. It wasn't much of an introduction, but it's still interesting to find out more about White Joker. My guess is that the organisation will just have a bunch of odball characters.

A slower chapter that was still entertaining. 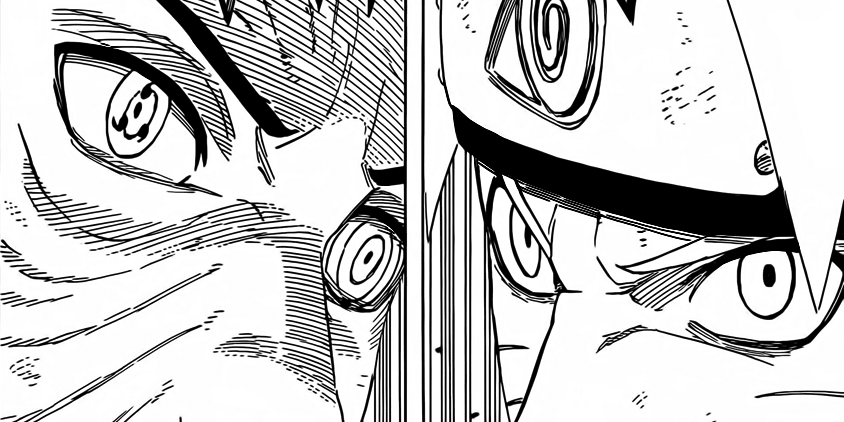 Always sad whenever teamwork fails to make an impact.

A chapter like this one, is nothing but a double-edged sword for Naruto. On the plus side, Naruto isn't fighting alone any more but then again, this won't last. It always goes back to Naruto having to save the day much to the dismay of his fellow shinobi.

The chapter as a whole didn't do much for me. It was a brief moment of unity that took up the whole chapter, only to end with Uchiha's overwhelming confidence in their beast. Not what I would call exciting or fitting given the situation.

Since the Allied Shinobi Ninjutsu took up the entire chapter, not much I can say about that. 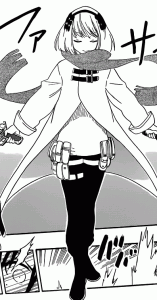 There's just something so likeable about any female character that gets introduced.

This new one is just hilarious and I love that she's not a new member of Raku's harem. If she was, I'd probably moan and bitch about her. Luckily for me, she's like a chibi character that gets picked on unintentionally by the girl she considers a rival.

Tsugumi does have that naivety thing going on that works especially well with having a rival. Her rival Paula is just hilarious to watch and plays off Tsugumi's energy very well. She's like the moe girl trying to be serious but because of her size - your imagination here - she is never taken seriously.

The outcome was definitely bizarre. We still haven't seen a single kiss in Nisekoi, so it's doubtful we'll see one in this arc. Nevertheless, the comedy that ensues should make the next chapter(s) quite hilarious and great as a "just for kicks" chapter.

Good fun. This new character should add some non-harem related comedy to the series and I do hope she doesn't end up falling for Raku. As I wrote that, I realise the probability of this happening is quite high. 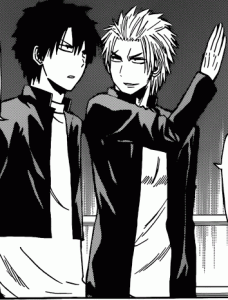 Oga-kun, that was just sneaky.

Surprising to see the Oga vs Tojo match taken care of so quickly, given the nature of their relationship. I blame this mostly on Hilda and the fact that her inability to read/write kanji has been brought up countless times before.

Not a particularly memorable chapter, mainly because it didn't last long enough. You would think with Oga being the main character and Tojo being one of the more important supporting characters, we would have gotten a longer battle between the two.

Because they have fought countless times before it only made sense that it wasn't another full on battle. I understand why it was done like this, but it doesn't mean I'm particularly happy about the current arc.

A part of me does feel that the arc may be coming to an end sooner rather than later. I'm quite bored with this arc so no complaints from me.

This chapter was a little confusing. Quite a lot going on, and Tenjiro's explanations did anything but help make things easier to understand. Even if it was hard to follow, there were some interesting developments.

The King of Soul Society's one panel at the end of the chapter stole it. Yes it was interesting learning about another member of the infamous Royal Guard, but this just proves how an unusual appearance can become the stand out moment of a chapter.

I'm happy with the way things are going in Bleach. The arc is gaining more momentum and interest on a steady basis. No complaints about pace or anything in this chapter.

As Kiruko-san embarks on a slightly longer arc story, I still can't place my figure on what it's missing.

This chapter was funnier than what the series has offered so far. The reason for that is the diminishing role that Haruki plays in the series. He's basically taking the back-seat to Kiruko as she continues to be goofy and crazy at the same time.

Kiruko's child-like behaviour whilst amusing at times can quickly tun sour if overused. I'm of the latter opinion, as my comedy tolerance extends less to moe as it does slapstick or downright plain stupidity.

Naturally as a personal preference, some will agree whilst others don't and that's where the great debate about comedy series comes into play.

Though initially thought to be a great success, Kiruko-san is placed towards the bottom of the Weekly Shonen Jump issue. The 8 week waiting period isn't over yet, however I'm starting to doubt said popularity.

Whether the series lasts or not, I haven't been convinced it will be one of the few we remember in a year or two.

Okay, okay, okay. Not much happened.

Recently One Piece has been on the slow track with its story progression. Hardly acceptable when you think about how much longer the series can outlast each and everyone of the current Weekly Shonen Jump manga. Almost deplorable.

Literally nothing in this chapter was memorable excepty for Luffy's final attack on Ceaser. The whole chapter essentially built up to that moment where Luffy went and prepared to unleash one of his heaviest attacks on our favourite evil genius turned villain.

The arc has been up and down, and at this point I'm over it. I'm waiting for One Piece to deliver something new and exciting by easily picking up the pace a little instead of dragging things out even more.

Tough choice considering the week calibre of chapters this issue. Nisekoi stood out as the most entertaining so it gets the win.

Been there done that, lets get something new already. I hate to admit that Oda-sensei's tried and true story formula is falling apart with this arc.