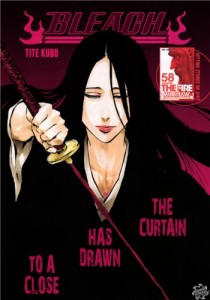 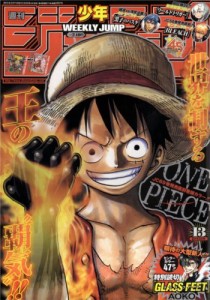 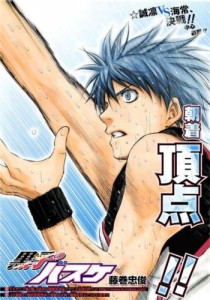 An issue of Weekly Shonen Jump with both arc conclusions, and beginnings.  One Piece is back from its absence in the last issue, with a cover to boot.  Kuroko no Basket and Bleach celebrate their respective arcs with colour pages.

Before I proceed to review the series, a quick note: from now on Vagish will contribute to the Bleach chapter reviews. 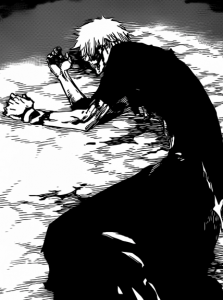 Vagish - Finally Zaraki gets to hear the voice of his Zanpukto, he is definitely going to be a ton stronger now. Imagine Zaraki with a Bankai? That would be a beast. Ichigo got booted out? That can't be right! Ichigo is clearly more powerful than Renji, but maybe with the lack of Zangetsu he is a lot weaker. I am getting a bit disappointed with the continuance of the whole Ichigo gets defeated, trains up and comes back stronger storyline though. I'm sure he will be back in some way or another, especially since the head honcho of the enemy calls him son. I am eager and interested in next weeks chapter, pity they dropped the anime though!

Rasul - It's no secret that Zarazki's power up, was the one thing I was waiting for most post-Aizen.  After years of imagining Zaraki with a zanpakuto, we've finally arrived!  All those times spent thinking, "what if?" are no longer wasted procrastinations with no hope of fruition.

This truly was a great moment in Bleach.  Seeing as how Kenpachi is one of the best characters, he deserves this power up more than anyone.  The same cannot be said for Ichigo.....Guess he'll be receiving yet another boost to his power level, much to my disliking.

Ichigo's story feels all too familiar.  We've seen it in the Fullbring Arc, and now it looks like we'll be seeing it again.  This was also not surprising given the state of things, yet it still feels too easy and too lazy.  It makes sense that Ichigo needed yet another power up, but he's had so many that it's hard to care. 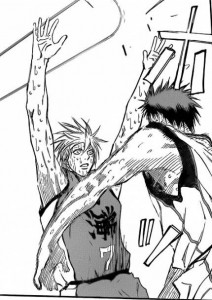 Finally we reach the conclusion of the game! And an exciting conclusion at that.

It seems almost redundant writing about a chapter which had a time frame of about four seconds.  This is a case of needing to read it and feeling satisfied with the ending of the penultimate game.  Still, if I were to attempt some type of commentary it would be on the speed at which everything happens.

Split-second decisions are what make the difference in reality.  The crucial pass, a dive for the ball or the hail mary pass can all decide the outcome of a game.  Since a series like KuroBas almost exclusively uses these moments, it only feels right that they differentiate from each other.  This one in particular was a matter of rivalry.

More than just Kagami vs the world, it goes back to Kuroko's own ambitions to take down his former team mates.  Befitting that the man who considers himself the closest to him, was the one he had to take down; something similar to Kise vs Aomine in some respects.

Kishimoto-sensei did you really go there? Really?

If you love flashbacks, this is your type of chapter.  On the other hand, if you like me have grown sick of them, this is more pain and suffering.  Not only have we gone past simple flashbacks, we've now got into a flashback within a flashback; new levels of useless meta.

As much I want to hate the entire chapter, I can't bring myself to do so.  Yes it was more the dreaded story telling tool that the author can't seem to stop obsessing about, but there were some good points.  The main one being the lack of text and many panels of action, which lead to Hashirama producting a wooden Buddha-esque deity - try to hate that.

I don't oppose learning more about the Uchiha-Senju past, but we really don't need another flashback.  You can just tell Kishimoto is both stalling and trying to link everything back to the fated battle of Sasuke and Naruto.  After 620 chapters, we get it! There really is no necessity for being reminded about this cursed fate which bother young men face. 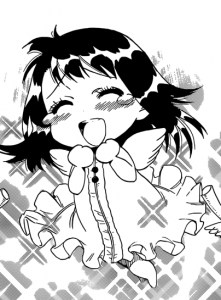 One thing you should know (if you don't already): it always gets hectic when Shuu is involved.  A little obvious right?

This was another epilogue chapter for the arc which didn't accomplish much aside from providing some quick laughs.  Going with those laughs were a bunch of moe drawings of all the members of the harem, the epitome of which was Onodera's.  As with all romantic comedies, this is a chapter that makes use of the previous misunderstandings to fill the gap in the meantime.

The ending was where more "hints" and "twists" were thrown in.  As much as I want to believe in a possibility of Onodera winning, it's obviously just a detour on the way to final choice that's been obvious from the beginning.  It doesn't help that the talk between Raku and Hana just confirmed he's well on his way to choosing Chitoge.  Such a heartbreaking development given how adorable Onodera's reaction was to all of this.

As I said, it's unlikely that the story book will lead to anywhere but Chitoge.  At this point, even if the promise girl was someone other than here, it's unlikely to affect the outcome of Raku's decision. 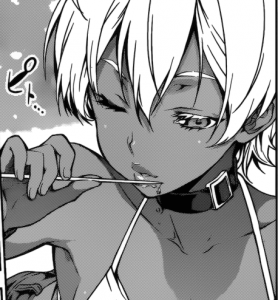 Out of all the chapters this issue, SnS was the only one that got my most infamous reaction - next chapter where? Bleach was good, but there was just something about this chapter that resonates.

As the series slowed down in the past few chapters, I had my doubts.  Specifically, if it could do something other than an ecchi satisfaction moment in each chapter.  And what do you know? It managed to pull through an deliver quite the cliffhanger.

It's more appropriate to say tease, rather than cliffhanger given the nature of the series.  Much like how the meat master felt weak in the knees for a split second, we were teased and not given our usual orgasmic food scene.  I realise how sketchy and doujinshi-esque I'm making the series sound, but that style really works for the series.

I can't really give much more input regarding the chapter.  It remains bizarrely enjoyable, and the past few chapters have proven the series can have structure and more form than a simple "ecchi of the week" formula it was using at the beginning.  Again, not hating on the formula, just recognising it's lack of longevity. 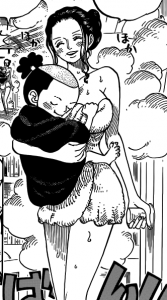 A chapter like this is quite hard to talk about, simply because it's like a recap episode of everything that has happened.  Not the worst of calls for One Piece, considering the major events that have transpired not only in the last arc, but just the latest chapters.

The showdown between Doflamingo and Aokiji wasn't much.  If anything, it was a way to reunite him and Smoker, whilst giving us a quick update on the formel Admiral's doings.  He seems to have fallen into that grey area of right and wrong, which could bring some interesting developments in the future.  For now, it was just a quick "here's what I'm up to" appearance that disappeared in an instant.

As per tradition, all news comes from a bird delivery system - why break tradition? - and this particular day brings about a rehash of the big events that have been set in motion.  Namely:

All these pieces of news have the makings of an arc with many crucial developments in the works.  In essence, this upcoming arc/battle between the alliances and the yonko will serve as the main attraction of the New World saga.  By the looks of it, we're not switching from Doflamingo either.  It'll be him for a little while longer.

No detours this time, it's straight to the next boss! 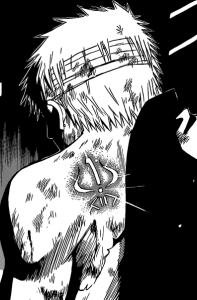 After a few years, Beelzebub circles back to the original cast.  This time they're not enemies but friends.

Finally after all this time, the former delinquent bosses have come to accept their friendship with the child-rearing badass whom they hate.  Starting with Kanzaki, my guess is that this arc will be all about uniting the forces against the new threat whilst officially confirming friendships.

It may border on the cliché and corny, but there's a certain charm to this arc that one can't deny.  From enemies to friends, is a nice approach for this arc but it still isn't the main attraction.  How could it be, when the entire cast is about to get a power up and start killing all of the enemies that stand in their way?

It feels convenient: six new big shot enemies vs the Ishiyama originals.  With numbers like these, each one of our favourite delinquents is going to get a chance to beat down someone.  Though them receiving powers is not the most exciting thing any more - seen one, seen them all - I can still foresee the fun to be had with this arc!

Souma was just a teasing delight this week, leaving me wanting the next chapter immediately.  It may seem ridiculous to rank it on par with Bleach, but the impending Ichigo power up really left me unhappy.

Until a certain manga produces a decent chapter, assume it's the worst series.