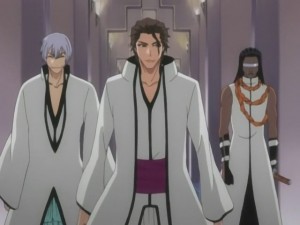 The episode wraps up the Arrancar Arc, Mayuri is sending Karakura Town back to its original location. Ichigo feels that Aizen was lonely all this time because he wanted to know someone who had the same level of power as him, this does explain why Aizen intervened in Ichigo's life to bring him to the level he is at now. Ichigo then passes out while talking to his friends from the world of the living and wakes up 10 days later, this is stage 1 of him loosing his power.

I did not expect half of the stuff that happened after the battle at Kurakawa town. It seems very very unusual, and not very bleach-like in my opinion.

What were all those transformations Aizen went through Eventually his ultimate form seemed to resemble a hollow!

Tousen disappointed me, he seemed to have such a high moral structure but then he actually just went down the wrong path. I liked the play on the fact he could see with his physical eyes now but he could no longer see people's hearts.

Gin was a good guy I had a feeling that he might have, especially since he was so closed off from everyone. It was sad that he did all of this because Aizen stole something from Matsumoto when he was younger. I think Matsumoto would have preferred if he had not gone with Aizen and stayed with her.

I felt the anime should have ended here, Aizen made all the events from episode 1 until 310 happen. Ichigo wouldn't have even been a Substitute Shinigami if Aizen hadn't set up the meeting. 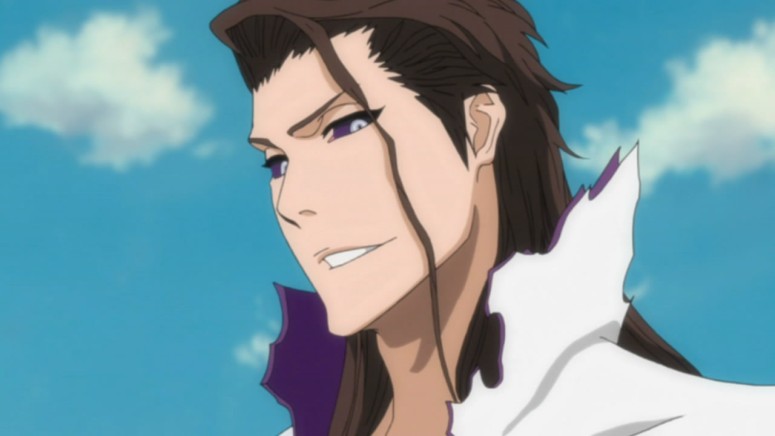