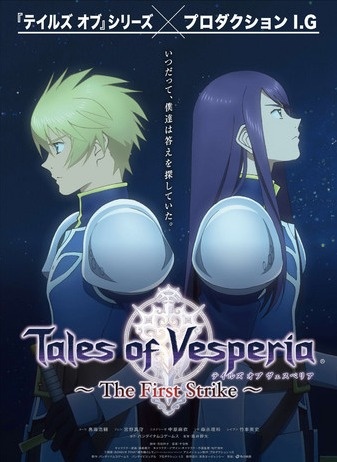 The movie is a prequel to the game, and there are two protagonists in the movie unlike the game (well you can only control one of them in the game).

Throughout the movie there is a play off between following orders and making decisions on your own while in the military. The main characters contrast in which Yuri follows his heart and helps the people in need, while Flynn just does what he is ordered to do. Yuri and the captain look up to Flynn's father who disobeyed orders and protected the Lower area of the city and died in the process. However Flynn thinks his father died pointlessly and left nothing behind apart from dishonour, however later in the show he realises when the captain does the same that many people were alive because of the captain's sacrifice.

I think it was pretty interesting seeing the relationship and friendship grow between Flynn and Yuri who at the beginning seemed to be opposites. Yuri has changed the way Flynn thinks by the end, also Yuri ends up leaving the army and Flynn stays.

The film was pretty interesting, I look forward to an adaptation of the game into an anime hopefully. This has been done previously with Tales of Eternia, but I haven't seen the anime to comment on how good it was.