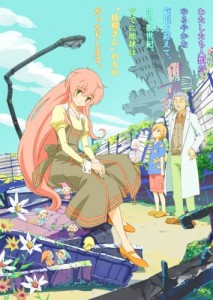 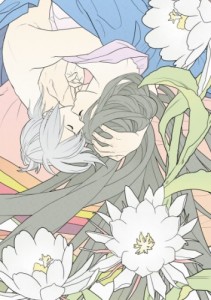 Another set of first impressions and this time I've grouped these two anime together for being considerably different from the rest of the Summer 2012 line-up. One approaches humanity's decline in a cutesy yet still satirical manner while the other re-tells the romantic stories behind the 100 poets in a liberalised manner. Say what you will but these series are going to be the niche series of the season from my point of view. 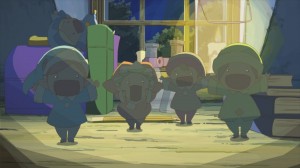 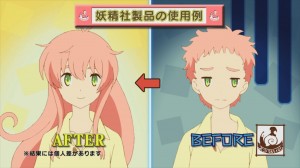 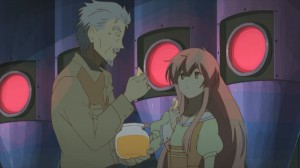 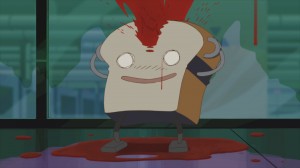 Possibly the best anime of the season thus far, this series has a lot going on for it from just the first episode: constant jabs at human nature and our faults, hints at our lack of care for what actually makes up our favourite foods and my personal favourite politics! With such a bizarre setting, I'm not surprised that I found this anime to be a little hard to get into.

Now when I described the take on humanity's decline as "cutesy," I'm only referring to the animation style that the series has adopted because the dialogue is far from it. Through the dialogue the dark humour comes through, befitting the main character "Sensei" who herself is quite the politician with the ability to notice the faults of her own race and exploit said faults to her advantage. Now having her as the main character definitely adds something to the series and may end up the reason why many choose to follow this series.

The most interesting part of the episode for me was the scene with the talking bread (I know for any who haven't seen it this must sound like I'm high) which ended with me thinking, "What the hell am I watching " and made me more intrigued as to how the rest of the series will play out; it might end up feeling like an LSD trip spanning 12 episodes worth of anime but who knows

Otherwise, you can stick around for the satirical outlook on humanity's decline that the series does so well or the animation which is just so damn pretty, it makes me a little sick. I know I'll be sticking with this anime for a while but I'm not sure how much I'm going to enjoy it until the end is in sight.

Will I Continue Watching : I'll happily do so unless the series takes a turn for the absolute worse. 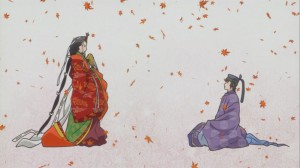 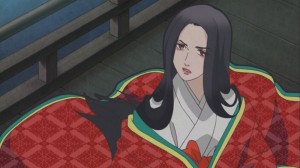 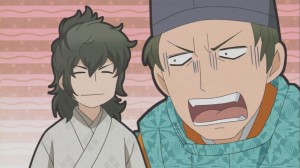 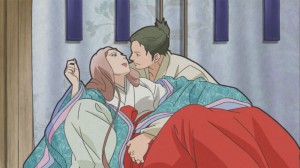 I remember when I read the synopsis of this series, I could see any hardcore Chihayafuru fans rushing over to check out this series but then I watched the first episode and came to the conclusion that not even Chihayafuru fans would want to watch this. Let me rephrase that; Chihayafuru fans should not expect to learn anything about the 100 poets and the poems which make up the Karuta game.

Simply put, this is a case of lost in translation. It's not that the liberal re-telling of the story is bad in any way, in fact the animation and the music fits it almost too well, but unless you know the history behind this then you're not going to enjoy this series to its fullest and instead you'll be watching a romantic drama that doesn't need the historical setting.

Essentially, if you took away all of the history and such that's embedded into this series then you'll be left with a romantic story that is about as original as any other western romance tv series that you can find any day of the week on some channel you randomly encounter when flicking through channels brainlessly. My bet is that if this series was to go up against Natsuyuki Rendezvous then it would pale in comparison, because the drama wasn't dramatic enough and the addition of the comedy elements to the story all but reduced this series to just a run of the mill romance with not much going on for it.

Will I Continue Watching : This will be the first series of this season for which I will bow out respectfully after just the first episode.