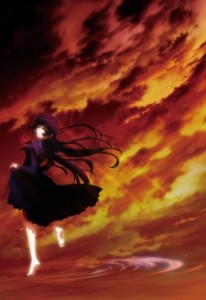 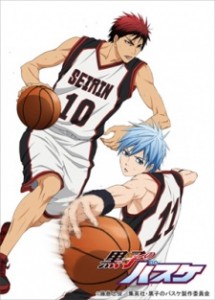 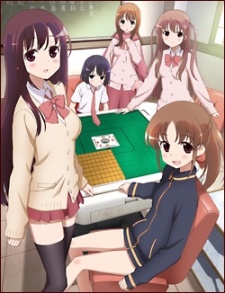 Next up we have: Tasogare Otome x Amnesia, Kuroko no Basket, Saki: Achiga-hen, Nazo no Kanojo X, Upotte!!

As a fan of the manga I had certain expectations of the series but the fear that it could suck from the first episode was probably the stronger emotion. Let's face it, the shonen sports series are rarely enjoyed by a wide audience, even less so outside of Japan and what's even more evident is that most of the time the manga is better than the anime at creating cliffhangers and suspense (Eyeshield 21 is the best example of this).

The first episode was a very good start to, hopefully a great sports series adaptation. The animation and artwork were done well and seemed to stick very closely to the style of the manga, especially with the character design. The first episode was pretty much entirely based on the first chapter in the manga, so I can't complain about the story at all, not to mention I'm very thankful that the voice actors were ones that matched what I imagined the voices of Kuroko and Kagami to be.

Whilst the animation, the voice actors and the story all seemed to mesh well what really stood out most in this episode was the music. Not just the opening and ending sequences but the background music was nothing short of amazing; a mix of intense music befitting mystery series, fast paced rock/techno and even one scene which had music that brings one to imagine a streetball scenario. When comparing it to the music in other sports shonens like Area no Kishi, Prince of Tennis, Eyeshield 21 you can definitely hear a massive difference, almost like night and day.

I did notice that there weren't as many gags as there were in the manga, and whether that will be the case throughout the series is yet to be seen but if it is the case and if you consider the music and the overall flow of the first episode, Production I.G might be going for something that feels less "typical Jump sports" shonen and slightly more mature.

This won't be series that makes the watch list of many Slam Dunk fans, since that series is the gold standard against which all other basketball series are measured but just from the first episode I've been impressed by the direction the series could take, one which could best the other shonen sports series of the 2000's that have run in Jump.

Umm..... don't know what to say except that I wasn't too impressed with this series much like the other 4-cell manga adaptations for this spring. The story seemed to pile on all the comedy clich s you'd expect to see and the story itself wasn't one that I found amusing or interesting either.

I can't put my finger on why I didn't really enjoy this one. I think it has something to do with story and it's almost random mix of possible horror and romance, which unlike Sankarea wasn't enjoyable to watch.

Will this one really be Sankarea's competition for the fantasy romance of the Spring season Based on the first episode that's unlikely. Even though I liked the way the story was told from 2 points of view and the artwork, especially the backgrounds were beautiful the unexpected amount of humour in this episode was not to my liking. The humour was in a way hindrance for the execution of the story and after quickly skimming through a few chapters of the manga, it felt even more like the humour was being forced (more-so than fellow Gangan manga adaptation Inu Boku x SS). Since the first episode didn't seem to follow any of the plot in the first few chapters of the manga (which ended up making me feel like I was reading a prequel), I am interested to see how the series plays out since so far it hasn't followed the norm of having an introduction for the setting of the story in it's first episode.

I'm giving this one the same probationary period as the anime on my current drop list.

Before I write anything about the series, I'll start by saying that I haven't read or watched the original Saki series and was only lured into the series because it was about mahjong. So far I'm finding it hard to believe that the manga for this series is running in a shonen magazine and finding it equally hard to believe that the original Saki is running in a seinen magazine.

Instead of being shonen, the first episode left me thinking this exact phrase: "What a cute series, feels a little shojo." There's nothing wrong with shojo works or the series being cute but so far, the series hasn't stood out. Whether it has to do with the source material not being on the same level as Chihayafuru, which is also a series about a lesser known sport, or if it's just the anime itself I have yet to figure out.

Right now I can't decide on this series mainly because it doesn't make me excited or makes me look forward to watching it every week. 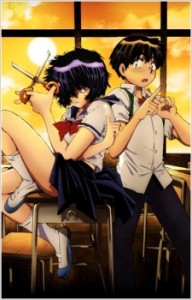 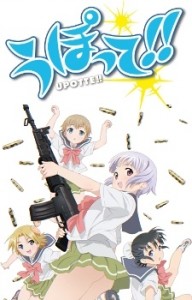 Just like I wrote in the second Watch and Drop list, any series currently in the dropped category have 2 more episodes to make it out of there and of course if the series on my watch list suddenly deteriorate completely in quality they too can be knocked out of the watch list.