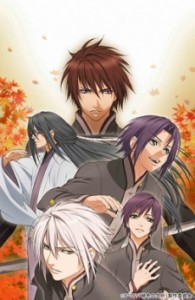 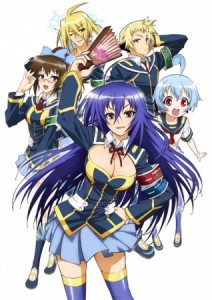 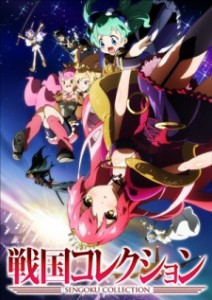 I think either the mangaka, the person who was in charge of the storyboard or the director himself have watched Shaun of the Dead too many times. 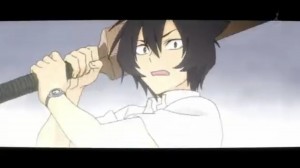 Cricket is popular in Japan [/caption]

What can I say about Sankarea besides that it was a good first episode. The story is definitely clich but luckily the episode as a whole was great; the animation and music were both good and when coupled with the composition and pacing of the series ended up giving Sankarea a darker feel. Not being familiar with the source material I figured the story could turn out to be either fantasy romance or romantic comedy, so I was glad to see that it incorporated a little bit of romantic comedy into it's fantasy romance setting. Don't get me wrong the story is still creepy and the main character Chihiro is definitely the more twisted version of Katsuragi Keima from Kami Nomi zo Shiru Sekai, but in a way that's what adds the humour to the series and of course the slightly dark feeling you get from being weirded out by him.

I wonder if Tasogare Otome x Amnesia will be a rival to this anime for this season If so, who will come out on top

Nisio Isin and Gainax team up and I can't even enjoy it!

It's not that there's a lot of things that are wrong with this anime, it's that there are a few things that are VERY wrong with this anime (for me at least). The story is faithful to the manga and just like the manga I couldn't get into the anime for the sole reason that you shouldn't make a character that's just too damn close to being omnipotent because it makes them annoying! Not just that but since the whole idea of the story revolves around Medaka as a student council president who tends to every single problem in her suggestion box, I was reminded of a huge chunk of the Yankee-kun to Megane-chan manga and if I'm being honest I'd choose the comedy about delinquents over the domineering private school kid any day.

The other biggest problem was the amount of focus on fan service. Not just the scene that was intended to be fan service (Medaka in her underwear which also appeared in the manga) but during scenes where there were close-up's of her boobs and ass all the while the other characters were slightly blurred out.

It really is a pity that I don't like this anime from the get-go because I really do love Gainax's character designs - we even got to have a lookalike of Kamina in TTGL appear. 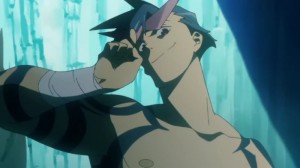 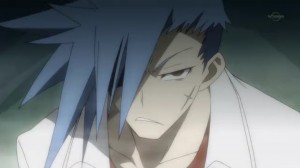 1. If the manga has been around for a while, we get an anime that doesn't look like it's been adapted from a 4-cell. Working!! and B gata H kei are examples of that.

2. If the manga hasn't been around for a while you get a bunch of random events compressed into each episode. Most recently it would be Kill Me Baby

Acchi Kocchi fits into the second one and that's a reason why I'm not watching it. Just like any 4-cell adaptation that falls into the second category, Acchi Kocchi's first episode was actually a string of events, which were chronological but nonetheless didn't have any feeling of continuity. I was also not so fond of the story since it centres around the 4 foot tall tsundere and the slightly geeky-looking yet cool male lead, whilst the other characters were if anything stereotypical 4-cell comedy characters that would only add to my irritation.

I'm might be too harsh on the series but it really isn't for me.

I'm going to try and sum up the plot in 3 bullet points:

-Female Oda Nobunaga has been sent to the future and meets teenage boy.

-Boy is probably starting to fall for her after spending time with her.

-Oda Nobunaga has to go on a quest to find certain items to return to her own time period.

I can't believe it was that simple. I lied, I CAN believe it was that simple and I had a hunch before watching this that it might end up like this. Not only is the story overplayed but the whole re-imagining of the Sengoku period with women is also overplayed and of course gives rise to mass amounts of fan service, which I may add the series has already started going for from the first episode. At best, this show will be an okay romantic comedy but I honestly don't think it's going in that direction.

Time to be a man and to admit being wrong when I wrote that this anime is the second-to-last "last series I would ever watch." I wrote it off for being an adaptation of an otome game and of course much like in an otome game, we were introduced to all the male characters straight away but the series' first episode gave me the feeling that this could be potentially an intersting fantasy story and to not write it off yet.

So I'm going to watch this one for an episode or 2 more and see if it gets good. 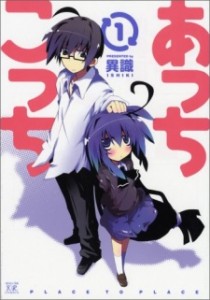 Since first impressions can be deceiving, each series should have another episode or 2 to change my mind. So should any series on my dropped list decide to pull one out of the bag, I would be more than happy to revoke what I've written.