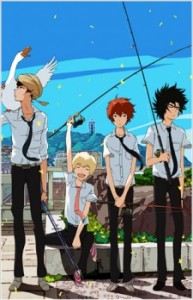 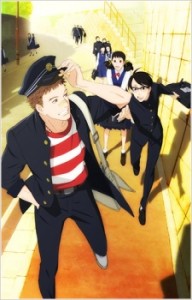 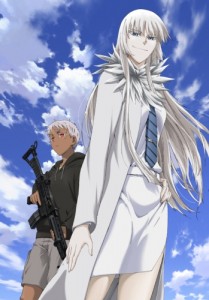 Finally (I think) we have: Tsuritama, Sakamichi no Apollon, Jormungand, Eureka Seven AO, Shining Hearts and Haiyore! Nyaruko-san. That aside, this list has been most fun to write.

So how many blogs have there been that have said this is the one to watch out for this season A lot. The general consensus in the aniblogosphere is that Jormungand had the best first episode so far, with it's only rival being Fate/zero 2 (well that's what some of the blogs I read, like Avvesione and Yamaguchi Hoshiko who also commented on the first episode review).

So many people can't be wrong but more than that the series has enough merit to be watched without any bloggers telling you to watch it. Some people wonder if this is like Black Lagoon and some people will say yes, but I would say Jormungand is Jormungand; a great story with a very impressive larger than life main character and of course a lot of bloody action.

As a fan of the manga, I salute White Fox for making a great first episode and I hope they keep up the good work.

Another one I'm reviewing this season, made up of the cast of either Daily Lives of High School Boys or Kimi to Boku you can pretty much guess what yet another anime centred around 4 teenage boys will be about right I can't say yes but even if you can, this anime should be watched. Unlike the other two shonen boy's life series, this one has a different air about it and gives a feeling of going in a more fantasy story direction.

If that's not enough for you, just watch it for the same humour (kind of) you would get in Daily Lives of High School Boys or Kimi to Boku and Kimi to Boku or for the great art.

The hype was clearly not for nothing with this anime's first episode. Jazz music, the 1960's, a josei slice of life all in one make this irresistible to watch if your a music fan and if your not. The first episode was not as powerful as I expected but for that I blame the excessive hype the series received prior to airing and it was still good since the story progressed smoothly with great animation, music good enough to make you want to try and learn an instrument and of course an ending to a first episode which made you think not much has been accomplished in this episode so I want more!

Disregarding the yaoi vibes which were given of either intentionally or unintentionally, their seems to be scope for everything in this anime and I hope that the series doesn't disappoint. Don't get me wrong, the first episode was very good

A delightful surprise for when I sat down to watch this mecha anime. I'm not familiar with the original Eureka Seven and after reading the three chapters of the manga published prior to the airing of Eureka Seven AO I was not expecting much from this series simply because I am allergic to the mecha genre and have only seen one anime from the genre which has been able to impress me, making it's way to my favourites of all time (TTGL).

I don't know how or why but BONES might be on the verge of getting me excited about this anime as the series goes on. It wasn't just the animation or the music or the overall flow of the episode but it was the little things: BONES' gadget designs and character designs which are resemblant of those in No.6, especially with Naru resembling Inukashi at times.

Unlike No.6 which was their last sci-fi this plot seems to be a lot simpler and of course more shounen. I wonder if this one will be the one to get me to like mecha anime. 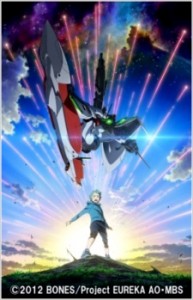 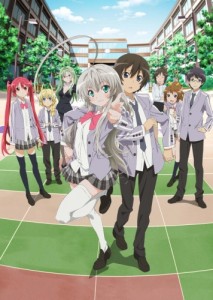 Dropped (Next Episode could be last)

If I was to write a full review about the first episode I wouldn't be able to write a single positive thing about it. The episode seemed like a chunk out of a game (not specifically this game since I've never played it) and lacked direction to the point that even by the end of the episode and after watching the preview of the next episode I still didn't understand what was the point of the story; having a cutesy episode with girls in cosplay-looking outfits delivering bread is fine but for a first episode when your at least meant to lay the foundation of the story.

The animation and music weren't anything special either, in fact the music sounded like it belonged in a game. Well, Shining Hearts, are you going to turn this around and prove me wrong

I feel violated. What the hell is up with this To Love-ru meets annoying energetic mythological god (for which the entirety of the wikipedia page was covered in a few sentences of dialogue in the first episode. The amount of content in this as well was ridiculous, ranging from the first scene of the first episode of Shakugan no Shana to parodying Pokemon. As for the romance, the God of Conquest himself Katsuragi Keima said it best with this:

With this list, pretty much every show's initial impressions have been done only leaving Hyouka and AKB0048 to air. The other series which I haven't reviewed quickly are for the following reasons:

This is the last post for the initial impressions of the first episodes of the new season. I'll probably write a post half-way through the season (also around the time I will put up the first draft of the Summer Preview) reviewing how the series have progressed and if there were any that changed from being dropped to watched and vice versa and I'll include Hyouka and AKB0048's initial impressions there as well