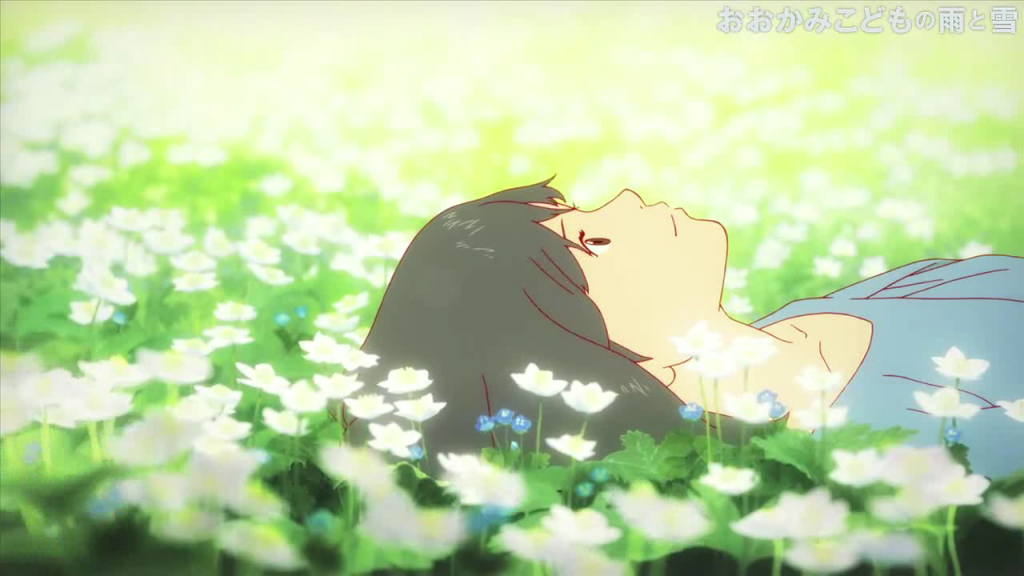 It's an odd feeling writing this post.  Partly because I'm no longer the only one who'll be blogging episodically.

Somewhere in the middle of the Winter season, Vagish (Sintaku) decided to get back into blogging.  He also came back with a few new writers, so now Anime Aura has become somewhat of a team blog.  I say somewhat as we're still very new to the whole dynamic.  Even so, with a bigger crew you can expect more coverage of ongoing anime.  Before I prattle on for longer, let's check out the poll results first.

The poll lasted for well over a month, and we've got the results.  Just to point out, I purposefully left out quite a few series and focused only on the series I could potentially blog.  Evidently that didn't matter much since there were 198 votes, spread out like so: 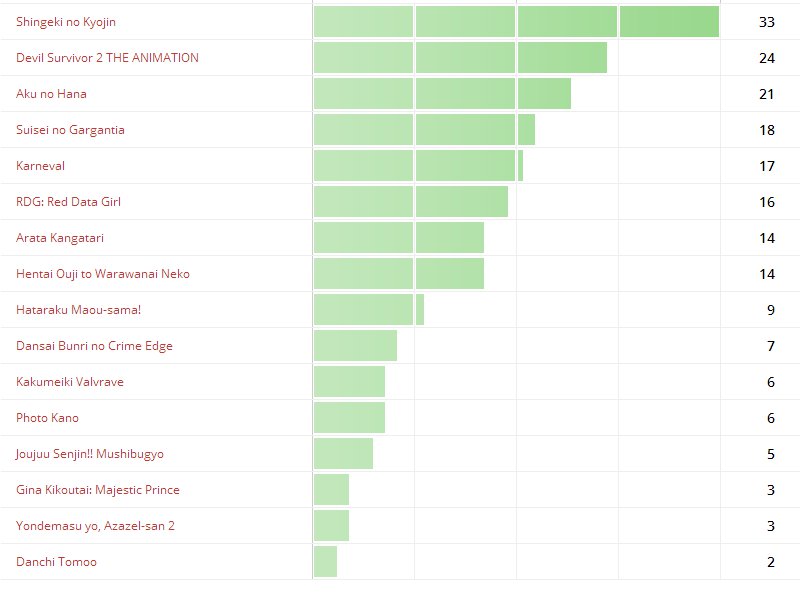 No surprise, Shingeki no Kyojin tops the list - you all have good taste - as it has on a few other sites.  I'm personally glad to see Devil Survivor 2 so highly anticipated and a little scared that Aku no Hana came in third.  On another note, I'm intrigued that Karneval and RDG: Red Data Girl are so high up.

In addition to the surprises of the poll, a part of me ecstatic to see people on the Henneko and Arata Kangatari bandwagons.  These were the two series I felt would slip through the cracks.  On the flipside, I wasn't expecting the mecha anime Valvrave and Majestic Prince to get so little attention; I'm inclined to chalk that up to readers knowing my inability to accept most series from the genre.

Now that I've given an overview of my thoughts on the poll, I'll get to the part you want most.  What anime will be covering this season? Here's who's doing what:

Myself - Devil Survivor 2, Suisei no Gargantia, Aku no Hana

As a side note, I'll also be keeping an eye on a few other series.  Namely, RDG: Red Data Girl and Henneko but a few others warrant a look or two.  Finally, I'm just going to say that these aren't final and we may change our picks/pick up other series.

UPDATE: I'll be blogging Devil Survivor 2 instead of Shingeki no Kyojin.  It's unfair for Vagish to have to blog 3 series that come out on the same day.