Well, I didn t really want to pick up this anime at the beginning. I ve been seeing it float the Internet for a while now, ok maybe a year or two. But non-action anime where not my forte so to speak. But I finally picked it up, and I ended up liking it.

The big thing I noticed were the massive dialogues, with just enough action to keep you entertained. Also the action was not excessive and did not overwhelm the anime, on the contrary it complemented the development of the characters. The dialogue also helped grow the characters, and you could see the bond between them strengthen. And there was a lot of dialogue to do with business and economics, but it wasn t over the top. I quite enjoyed this gem which is different from the usual battle-filled shounens which I normally watched, and this had a more serious tone with a lack of ecchi.

The quality of the drawings was very high, well maybe that was because I was watching the anime in 720p. After reading a review on MyAnimeList I ended up thinking that the anime might just be a lot of stationary animation with lots of dialogue, but I was happily mistaken as the characters tend to talk while moving and there is always something happening while there is dialogue which keeps your ears and eyes entertained.

I wouldn t say the anime was something you would get excited or be wow about, it was more of a relaxing and calm anime with bits of suspense and excitement thrown into the mix. One thing I would say is this anime is an oddball and it really shouldn t be judged by the synopses because it is much more. Its something you ll have to watch and judge yourself. But being only 12 episodes long, its worth the watch and if you like it, carry onto the second season which I ll be watching very soon (when I get my hands on it), and you can bet I ll review that too.

Oh and if you do decide to pick it up, you might wanna get the DVD version of Spice and Wolf which has 13 episodes, since the TV version missed out the seventh episode. Also get the OVA which is after the first season and before the second season. Enjoy! 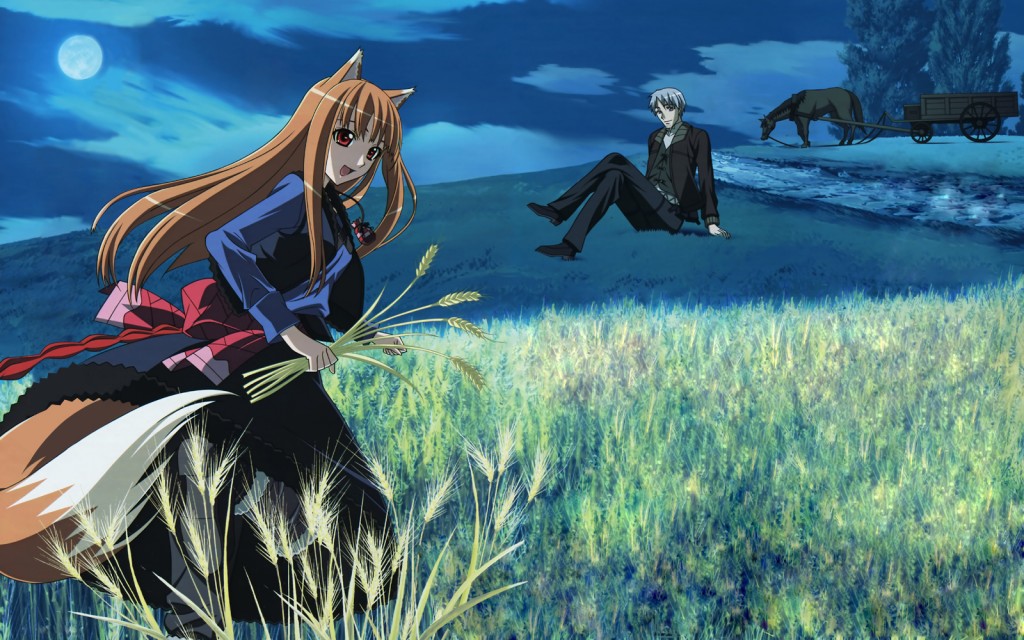