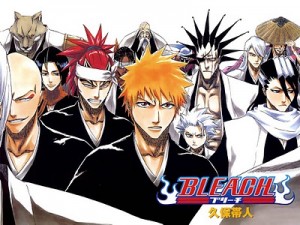 So I recently stumbled upon some news that Warner Bros. have been planning to turn Bleach into a live action film since March 2010 and I couldn't help but consider whether it would be good or very bad. It took some time to consider all of the aspects of this but I did come to a conclusion (well not really) of whether the film would sink or swim. First of all we all know that the first manga to be turned into a live action film i.e Dragonball Evolution was a complete flop! The storyline was terrible, the acting was just as bad if not worse but what made it completely unbearable was the butchering of an anime and manga classic. Even though Warner Bros. was not responsible for Dragonball Evolution (all praise must go to 20th Century Fox for that) what makes them think they can actually pull this off Plus for all you comic book fans, this was the studio that managed to make Green Lantern a flop, killing any chance of a sequel!

There's also an issue what the plot will be for this possible film and whether it will require extensive CGI. Obviously we have to expect use of CGI when it comes to the shinigami's use of zanpaktou releases but what about the enemies The film could essentially be CGI heavy and that in itself can have detrimental effects on the film as a whole.

My final concern would be for a suitable actor to portray Ichigo who I presume would definitely be the main character (unless the script completely butchers the original work of art). I thought for a long time about this and couldn't think of any actor that I would like to see in this film, but maybe that's because thinking of a western actor to portray a Japanese fictional character is a hard task to do for those of us not from Japan.

Even though I'm sceptical about the potential for this film, it does have the possibility to be done to a high standard. For one Warner's is bringing some big guns; the producers currently lined up for it are Peter Segal (The Longest Yard, Get Smart and Anger Management), Arnon Milchan (The Devil's Advocate) and Michael Ewing (same films as Peter Segal), who even though lacking experience in action films have produced some decent pieces of work. And even though I have not been praising Warner's, it has been responsible for the new Batman series amongst other great projects it has undertaken.

This projects "Ace in the Hole" lies in it's possibility of collaboration with Tite Kubo. Even though Bleach is still ongoing it is reaching it's end, with the manga only having one arc left after the ending of the current one so if we were to assume Mr. Tite already has a general idea of the turn his manga will take seeing as around this time last year it was he that gave a time frame of 6-8 months for the current arc and another 2-3 years for his final one.

So if I had to choose whether I would watch a live action adaptation of Bleach at this time with the current information available to me, I would have to say no. This could change in the future if say Kubo agreed to collaborate on the script, a decent actor was chosen and if the producers of the film work to the best of their capabilities but at this point in time I'm not anxiously waiting for it being announced.