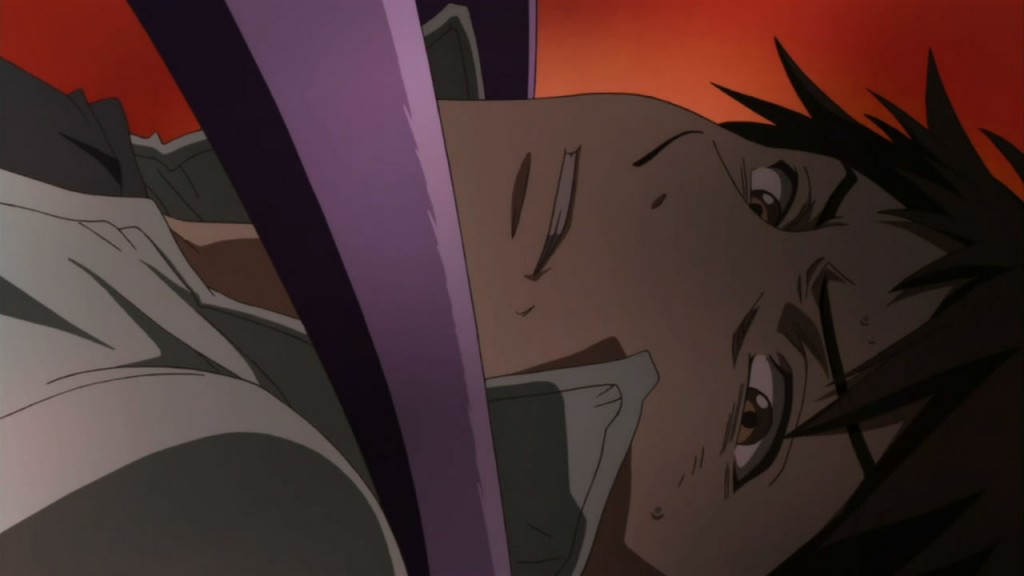 At first I wasn't too keen from reading the synopsis, an anime about humans controlling god dolls But I finally dived in and found it very interesting to watch the series. I haven't exactly seen a similar anime like this before, well not completely.

The storyline unfolds itself slowly as we go through the series, however there are parts where things you would expect to happen do indeed happen. Basically there is a lot of predictability in this anime, and rarely were there any points that I found surprising. The anime has a dark undertone with comedy mixed in, there is a bit of high school involvement. I wonder why a lot of anime characters are currently in high school, maybe the target audience is people who are currently in high school

The soundtrack to the anime isn't half bad, although it wasn't good enough that it was notable throughout the series. There were times where it complimented the animation.

The animation style was pretty good, the fights especially were well animated.

Overall, I think the anime is worth watching. It has quite a unique idea, which I haven't seen before. But the anime didn't make me wanted to continually watch and didn't have me hooked to it.