Never have truer words been spoken, and in this case they are right on the mark. The loss of a sensei in any series carries a lot weight, and JoJo's Bizarre Adventure is no exception to that rule. Zeppeli wasn't around for long, but that doesn't mean his presence didn't have a big impact.

A man driven by his convictions, his death was nothing short of honourable. Much like Jiraiya's departure from Naruto, there was a sadness yet feel good moment about it. Zeppeli, being the second man to give his life for JoJo, took fate into his own hands and entrusted the future to the young lion. In a way there was a shonen level up element thrown in, and that worked with the animation and story quite well.

As the majority of this episode focused on the death of Zeppeli, not much else happened. The episode went straight back into the build-up for the main fight. Now it really has come down to this: JoJo vs Dio! What would this fight be without some backup

Dire, Straits and Tompetti are that backup. If you want the references: Dire Straits is a famous rock band and Tom Petty is a legendary musician. It does feel like they're entering the story a little too late, but if your familiar with the manga you should know why. Their entry wasn't eye-catching or notable, just a little understated. I quite liked the understated feel of it, because it meshed so well with the overall feel of the episode. 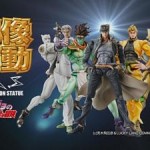 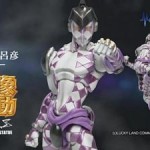 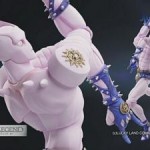 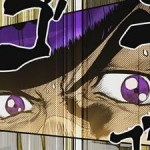 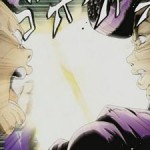 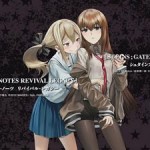 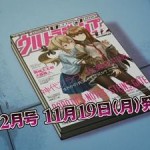 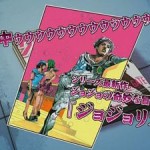