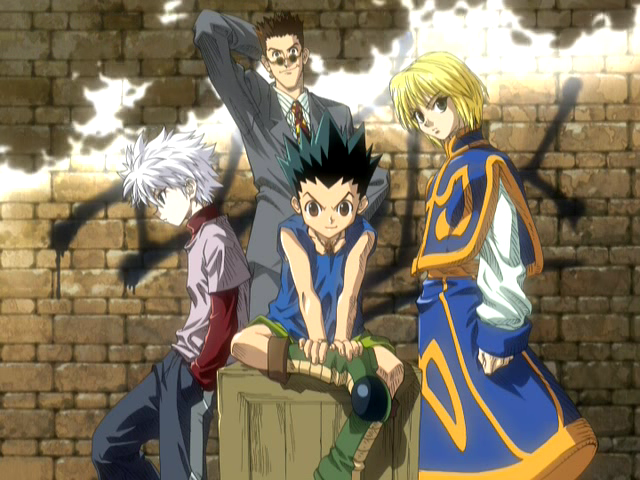 I admittedly started reading Hunter x Hunter after I finished watching episode 4 of the new series, and straight away I could notice that even the manga was completely different from anything else I had read. You see I tend to read shonen manga and have not even gotten round to reading great seinen works such as Gantz or Black Lagoon, so it was definitely a shock to read Hunter x Hunter especially since I read One Piece, Naruto, Fairy Tail etc. So why is it so different

First off, the manga itself is very dark in the sense of the storyline. Even though death and murder of characters is not an alien concept to shonen manga, Hunter x Hunter seems to have unusually more violence than all of the other battle manga running in Weekly Shonen Jump; just to put this in perspective, in the previous arc in the manga there were at least 6 murders and half of those murders were on humans!

However it's not only the story's progression. The characters themselves are deeper and in a sense more mature than most other characters are portrayed in Weekly Shonen jump mangas - each one of them has a reason for being a Hunter and those reasons tend to be quite psychological.

The characters though different are made even more different by their relationships within the manga. I noticed that Killua develops his friendship with Gon to the point where he would rather see the death of some of his family members than see Gon Harmed.

The obvious answer is yes. The art is amazing, the story is great but due to the many hiatuses that the manga has gone through I would say that some people might have lost interest in the story as the desire to read something weekly is strong amongst manga fans.

It has been running since 1998; that's only one year after One Piece started, so you know it's good. Furthermore, it seems to have become somewhat of a cult hit in recent years and that has been shown by the tankobon sales going strong.

Will it last much longer

I hope so, but the hiatuses might have caused too much damage and on top of that it might have lost many of it's fans to the other battle manga running in WSJ. It also seems to be the case that the author hasn't really changed the tone of the manga but I hope he doesn't as that's what gives it an edge over the other manga currently running in WSJ.