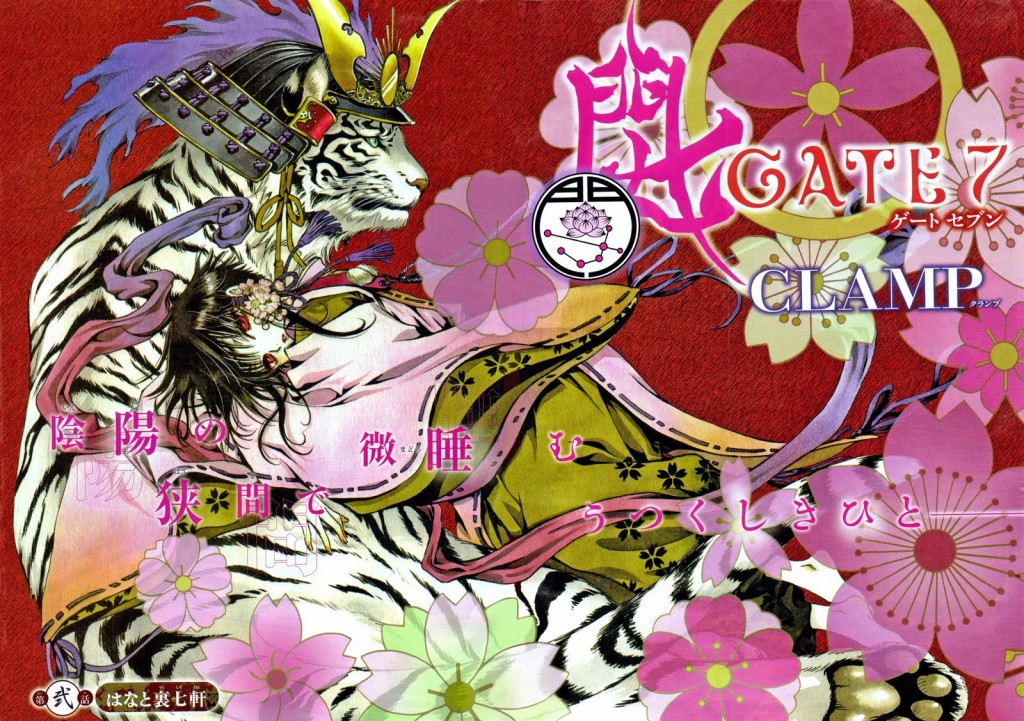 Clamp's new piece of work has it's first volume out and is has been running monthly in Jump SQ since March this year. The manga has already been picked up by Dark Horse for publication of English versions of the volumes and Norma Editorial for Spanish versions.

Clamp's reputation for creating amazing works regardless of demographic has been earned for a reason; not many can keep creating hit after hit successfully since 1989, so they themselves have set the bar pretty high.

How does Gate 7 stack up

So a student visits a shrine in Kyoto, where he witnesses a supernatural event with 2 men and a young girl. Before leaving to return to his home in Tokyo, he is kissed by a girl - which will inadvertently make him return.

And so he returns to exact location and proceeds to live with this group, yet to find out why he is able to see what they are able to. He also meets his landlord who takes an interest in trying to figure out who this boy is.

It's evident that Clamp has had experience with creating shonen works; Angelic Layer gained some popularity but Tsubasa Reservoir Chronicle would be their best known shonen work. One thing to note though would be that even though these works have been published as shonen mangas, they have a shojo element to them and have even more unique artwork to fit the setting of the story and the characters.

Gate 7 is no exception to Clamp's style of manga at all. The artwork itself is what made me freak out a little and drew me in at the same time - my reaction was that of Fukuda from Bakuman - but more importantly the story is interesting and does develop one's desire to continue reading the manga.

However interesting the story is, it's fatal flaw is that it has too much setting for a story and that it doesn't advance fast enough for us to retain that much interest. Another consideration would be that this type of story has been kind of overplayed, so I really don't know how it will be avoid all the pitfalls and become a genuinely original piece. That being said, I have faith that Clamp can actually pull it off.

Just as a final note I would say that this manga would not disappoint Clamp fans or anyone who enjoys reading the manga in Jump SQ and/or those with a slight shojo feel to them.