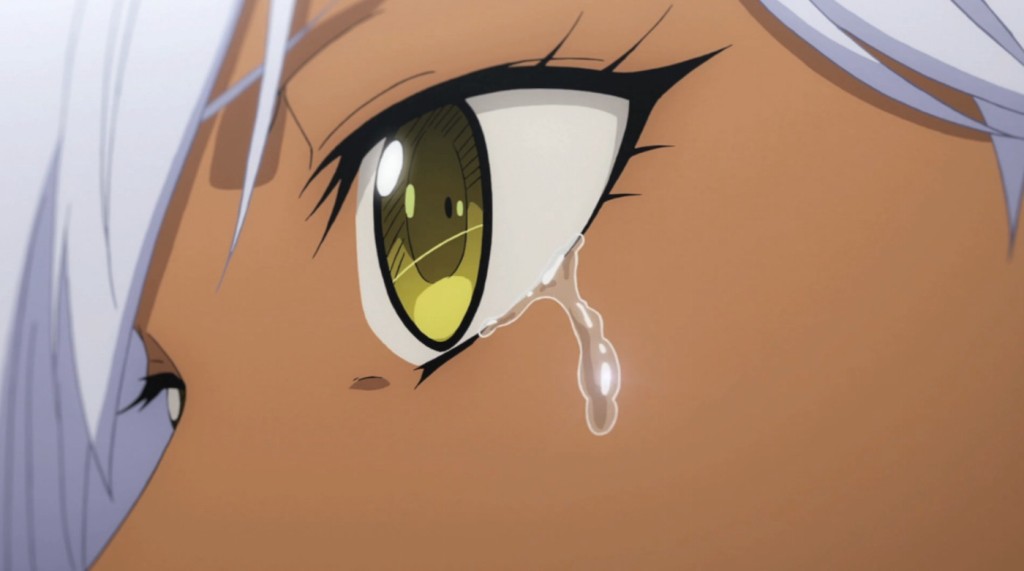 So far Gate has been interesting, although this episode was a lot slower paced than the previous ones. It involves a character Yao Ha Ducy whom we first met in the previous episode when she threatened Itami because she thought he was feeding alcohol to an underage girl, Rory Mercury (who is over 900 years old in fact). Unfortunately for Yao Ha Ducy she had the perfect opportunity when Itami was in front of her to plead her case for the “green people” (the SDF) to come save her village and defeat the wounded fire dragon. However, she unknowingly threw away that chance that day when she threatened him and he ran away and then the next day she tried to convince those at the camp to help her. The other people in the camp were not very willing to help. Something that didn’t help her case was that her village was within the Empire’s borders, and the people in charge of Arnos Hill didn’t want to incite war especially as there are people within the Empire’s Senate who want all-out-war with the Japanese and were waiting for any opportunity to jump on.

The episode really was pretty much her going around Arnos Hill trying to talk to everyone, with a valuable stone as payment for the help that the SDF probably won’t really care about since the stone probably isn’t that valuable in Japan. If anything happens it will be when Itami returns from meeting the Princess (most likely in the next episode), and he won’t take any payment in exchange for saving her village. Maybe she will join his make-shift crew of people from the “special area”. But if Itami does go, this could be the revitalization of the war, especially since we haven’t seen much about Princess Pina Co Lada’s (yes I know it sounds like the drink) father’s thoughts on what is happening. Her father, the Emperor, seemed to have been the one to instigate this whole war and sent many of his country men and those who ruled the surrounding areas to their deaths to make the surrounding areas weaker. The Emperor probably won’t stop wanting to expand his empire. I am surprised at the lack of stronger magic, since there must be magic that can contend with if not defeat the SDF, although these are my thoughts from watching other anime where magic is present and over-powerful.

Hopefully, we will see more in the next episode and it won’t be as slow as this one!