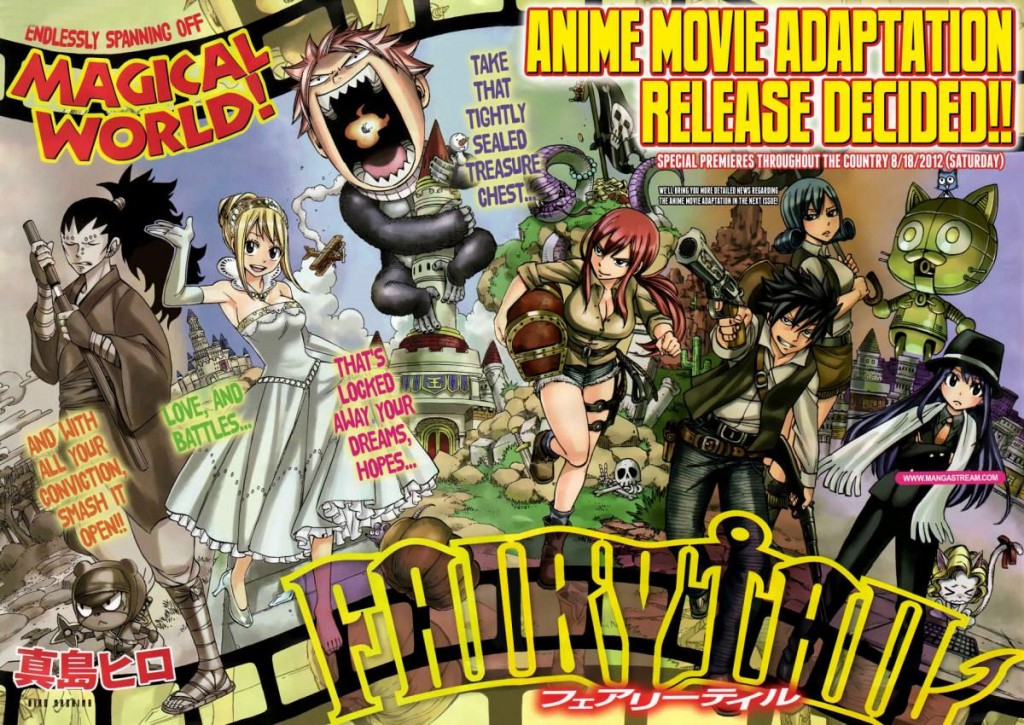 So the time has finally come for Fairy Tail to be getting an anime film!

Though it may not seem like it, it has been just over 5 years since Fairy Tail had started being published and 2 years since the anime started so it would seem that it's just about the right time for the anime to be released.

It's scheduled to be released in the summer of 2012, so for all of us non-Japanese speaking folk, we'll have to wait even longer to find a subbed version somewhere on the net.

Unfortunately there isn't much else to say about it other than even Hiro Mashima wouldn't reveal anything regarding the film in his interview with ANN.

I hate most anime films since the stories can never live up to the manga storyline (as they are not written by the manga artist) but as a Fairy Tail fan, I will watch it and possibly, no, hopefully be surprised by the outcome. I do hope it's nothing like the Naruto films though as that would be such a huge disappointment!