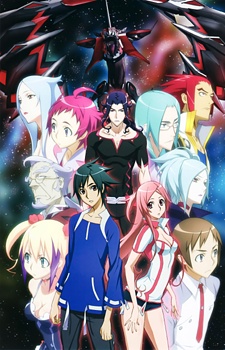 The story is somewhat a story I have not seen before, and I have seen a few hundred anime. But there is one theme which is probably similar to other anime is the power of love. The power of love has not been done as well as it could have, there are a few logical errors in relation to judgements made by the main characters resulting from the not so good telling of the power of love.

The story starts of good, then is a bit weird for the next 5-6 episodes. Then you get to know more about the main characters and the fights start rolling in, and it gets more and more interesting. Although at points things that did not fit with the storyline do happen.

All in all the anime was watch-able, and decent. The bad points were not too bad to render the anime not watch-able.

The animation was good, the quality of the drawings was similar to those of the majority of other anime s you see out there now. There are no problems with the animation.

The sound was decent, they played a nice soundtrack for the background score.