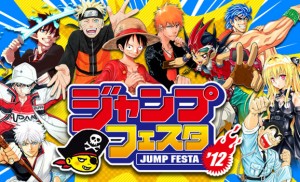 Long shounens have been around for a while, with the likes of Bleach, Naruto and One Piece being the big 3 at the moment. It could be argued that Fairy Tail is one of the big ones, but it really hasn't gone on for long enough for this discussion.

Do you remember when Bleach first started? Don't you think it felt quite different to the end of the last non-filler arc? Do you not get bored with waiting every week for 5 plus years? I guess even if you find it annoying, many of you will still wait being eager fans of one of the big 3. I have to admit, most of the time I wait every week for the latest episode of a new anime to come out. But the worst point is when the episode ends up being crappy and covers less than a chapter of the manga, or even worse when they decide to just drop a filler in there!

The end of Naruto was all filler, more than a year of filler! Isn't that just insane I just skipped the filler, but it just meant we had to wait longer for the story to continue. Instead of waiting for a week, we had to wait for over a year... Longer anime are becoming more and more of a waiting process!

One way I found do make this better is watching one arc of an anime, then waiting for the next arc to fully air then marathoning it. This way it feels like your not exactly waiting that long. This is what I do with One Piece, because I definitely don't want to be left on a cliffhanger and have to wait a week. If lost my patience for these sort of things. Maybe it's something that comes with age.

I bet most Naruto and Bleach could be cut in half if they put more content in each episode and removed all the fillers, but unfortunately they can't because the reason fillers exist is to give the manga artists time to make more chapters. The problem with the long shounens is that the anime adaptation begins before the manga is complete, then it catches up with the manga and filler ensues to give the artists time to get ahead on the manga.

However, some anime release a season and then wait a while and release another one without filler in between. Would this be better than having a continuous filler riddled anime series I seriously don't know, sometimes without a continuous series the audience forgets about the anime. But sometimes the audience gives up on the anime because of the fillers. It is a difficult decision to make, and the most successful method is generally the continuous animation rather than seasons. I have seen a lot of good anime die out after the first season, granted there are probably more reasons than just what I have detailed for the anime dying out.

Note: This post was written on December 20, 2011 and therefore is not current (e.g. Bleach is over) but I thought it would be good to post it up, since the gist of the post is something many people will understand.