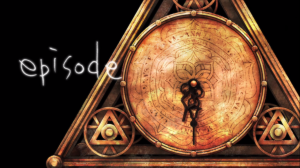 Is a recap episode for a 12-episode anime really necessary?  Diabolik Lovers proves that no, it is not.

I’m personally really confused as to the point of this recap episode.  Recaps make sense in anime that run for 26 (or more) episodes, but a 12-episode series doesn’t really warrant a recap episode, in my opinion.  After all, what has really happened in this series that has been confusing and can be explained by simply showing it again?

The only thing that this episode accomplishes is establishing that Yui seems to be changing her tune in relation to the Sakamaki brothers (that is, becoming more masochistic and being relatively okay with being bitten by them).  And this is only hinted at in the very end of the recap during her little monologue.

What I find problematic about this monologue is that the series should be trying to establish her character change during the actual show rather than through a recap episode.  Rather than simply having Yui tell us during a monologue in a recap episode that something inside her is “becoming unhinged” and “beginning to awaken”, show us that during the actual series, through plot and character development.

This seems to me like bad storytelling.  It would be like sitting around the campfire with your friends while one of them is telling a ghost story, only for them to stop halfway through ruin the mood by explaining a character’s motivations.  It halts the storytelling process and basically implies that the person telling the story doesn’t think they’re doing a good enough job of explaining that character’s intentions through the story itself.

And I definitely feel like that’s the case with Diabolik Lovers.  Otome game aside, throughout the anime Yui’s character has been hard to decipher.  She’s a relatively flat character at this point, and a confusing one (especially in lieu of the previous episode; see my review here).  The very end of this recap episode seems to be implying that the point of this particular recap is to contextualize (not very well, I might add) Yui’s lack of action to protect herself from the Sakamaki brothers.

At least it looks as though the next episode will give us some further backstory on the Sakamaki brothers.